LIBBY EMMONS: Joe Biden Is the Fascist in the White House 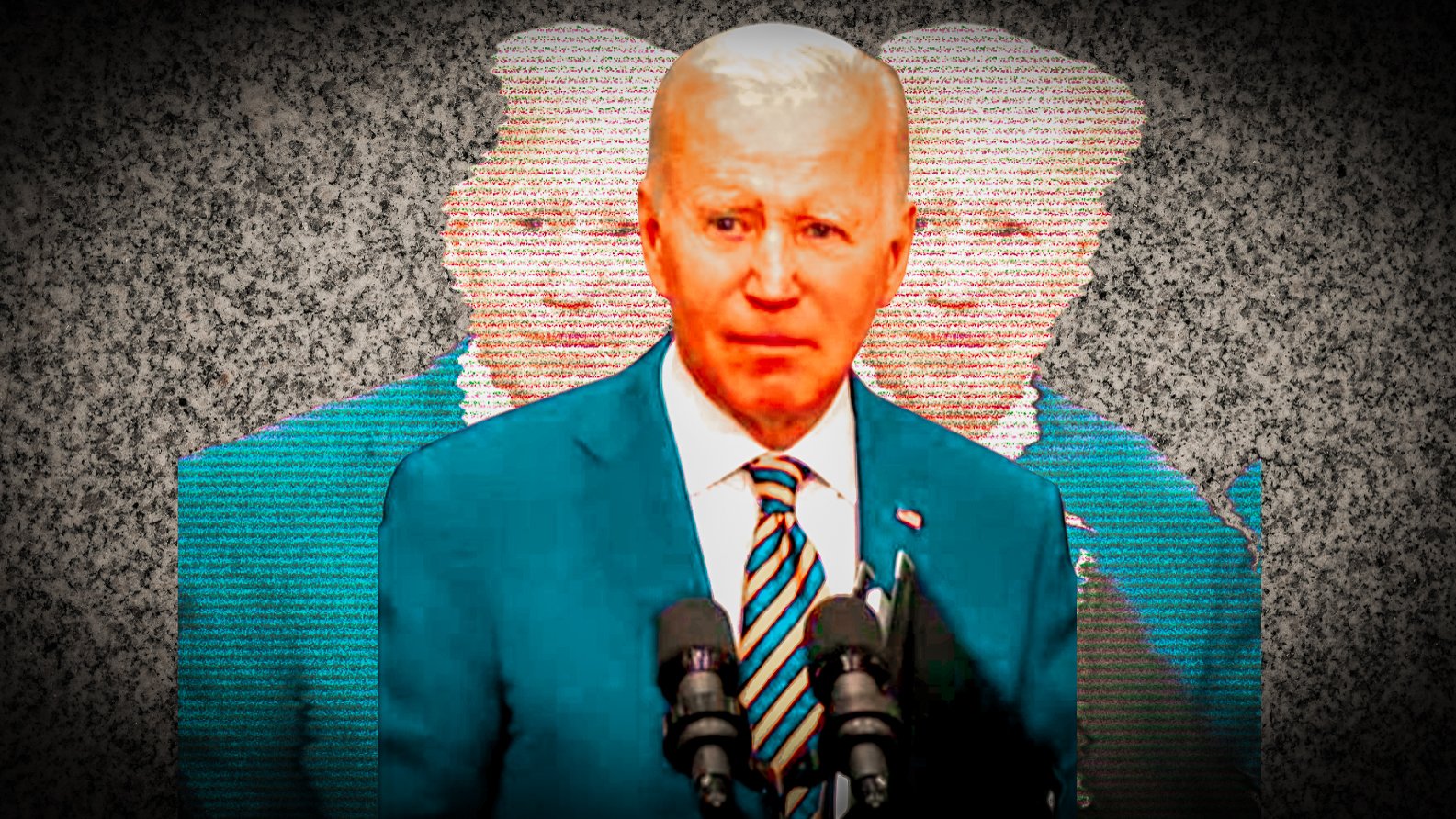 Biden and his administration are framing out an ideological war which puts Democrats in possession of the “soul of the nation,” and paints conservatives as fascists, bigots and any other insult they can come up with. The goal is to try to seize the moral high ground, only they are doing it on behalf of butchers disguised as doctors, groomers disguised as academics, and racists disguised as equity professionals.

When Biden spoke to Democrats last week and proclaimed that conservatives and Trump supporters are semi-fascist, his handlers knew exactly what they were doing. When Biden was asked what he meant with the comment, he said “you know exactly what I mean,” leaving explanations to flow from the podium in the White House briefing room.

“We have seen MAGA republicans take away our rights, make threats of violence, including this weekend,” Karine Jean-Pierre said when asked about Louisiana Senator Lindsey Graham’s caution against prosecuting former President Donald Trump, “and that is what the president was referring to when you all asked me last week about the ‘semi-fascism’ comment.”

Congress is held by Democrats, the White House has a Democrat in the Oval Office. The approval rating for the president and his administration is trash. Yet somehow, they continuously blame the opposition party for their own failures. Democrats could not, in 50 years, pass a bill federally legalizing abortion. In recent years, their efforts to obstruct states from enacting their own voting laws were met with realizations that Delaware, Biden’s home state, as well as bastion of liberal thought New York, each have voting laws more “restrictive” than Georgia and Texas.

Using the term "fascist" is a language game designed to paint the opposition as something they are not, and obfuscate the fact that it has been Democrats in power that have repeatedly and consistently limited the rights of Americans. Charlie Kirk rightfully noted that Joe Biden is a fascist.

Democrats closed schools and churches during the pandemic. Democrats limited the rights of citizens to peacefully assemble and petition their government for a redress of grievances. Democrats conspired with social media and media companies to suppress and censor reporting that they believed would paint their presidential nominee in a poor light, and it was Democrats that attempted to pass pro-abortion legislation so evil—permitting abortion for all 9 months of pregnancy—that hobbled their ability to obtain any GOP votes at all.

Democrats are the party that seeks to remake the economy, culture, and society from the top down, with input from academics and corporate executives who have little care for the struggles of real Americans. When Biden says he wants to build the nation from the bottom up and the middle out, he means from the top down and crushing the middle entirely.

They want to reconstruct our food supplies to reduce the kind of fertilizer that farmers use to turn our inhospitable world into a bountiful one. They want to eliminate the fossil fuels that have decreased global poverty and increased wealth for middle class Americans across the country. They literally want to remove our cars from the road and have us replace them with excessively priced vehicles that rely on an electric grid that cannot sustain the weight of American use.

Yet they call their opponents fascist. They call conservatives, who have taken up the mantle of free speech, liberty, equality in education, parental rights, and individual freedom, fascists.

For Biden and his Democrats, there is no right of Americans to live by their own design. Not going along with the Democrats pro-abortion, pro-groomer, pro-corporate, pro-authoritarian, pro-censorship approach is called fascist.

But we know who the real fascists are: they are the ones who shut down our businesses, our schools and our churches, the ones who belittled our concerns for our elderly parents and grandparents, the ones who even now seek strength in oppression.