POSOBIEC: We Are in the Midst of a Preemptive Coup Because They Don’t Have Any Other Way to Stop Trump 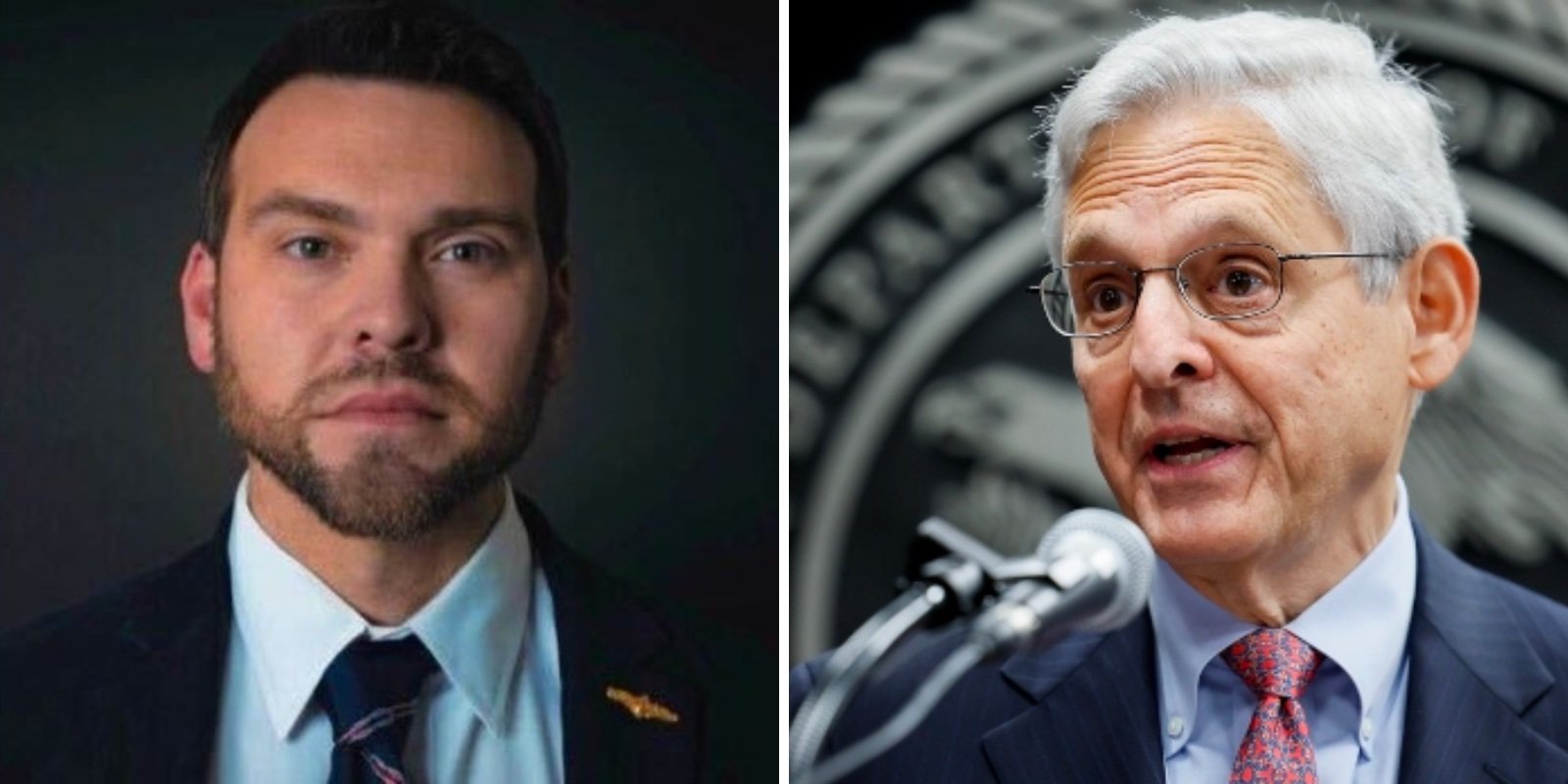 Human Events Daily's Jack Posobiec took aim at the Biden administration's persistent targeting of former President Donald Trump, who has hinted that he may seek the presidency for a second term. The assembly of the January 6 Committee has now been joined by the Department of Justice in doing everything they can to prevent Trump from running again.

"We are in the midst of a coup, a preemptive coup, which is underway between Washington DC, Mar-a-Lago, and every single state in this nation. They banned a sitting president from social media, impeached him two times, jailed his supporters, and now they've raided his home. Then they go on TV, and they call us, they call you a fascist," Posobiec said.

The January 6 Committee has brought witnesses in to testify before Congress with evidence that amounts to hearsay, now Merrick Garland has authorized a search and seizure of documents from Trump's Mar-a-Lago home on the basis of a heavily redacted affidavit that attests that Trump had confidential documents stored improperly in his home.

In response to these efforts, and to join in them, the New York Times Editorial Board has called for the Department of Justice to indict the former president. The New York Times also supported impeachment of Trump during his time in office.

"Now the New York Times Editorial Board has come out and they're giving air cover to the preemptive coup saying 'Go right ahead. You have to indict him for the good of the nation. For America to survive for national security to exist. We must indict this man. We must indict President Trump. The only way to stop fascism and defend democracy is to indict President Donald J. Trump, to indict his supporters, to jail them, to criminalize them and to make them otherwise unacceptable in polite society.'

"You get it? Right? You see what's happening? Every day there's another cancellation. Every day someone else gets banned. Libs of TikTok just got locked out on Twitter again. Understand what part of the movie you're in," Posobiec cautioned.

Posobiec noted that Trump, for his part, has called on FBI whistleblowers to step forward. These are the 14 agents that are working with the House Judiciary Committee. He called for a fund to be set up to help those whistleblowers who did come forward, noting that the people in charge in the FBI, the DOJ, and the Biden administration "don't care about the truth anymore. They don't care about the law anymore."

As to the documents that were seized from Mar-a-Lago, some have been found to be under the seal of attorney/client privilege. A Florida judge has said that they will consider the appointment of a "special master" to go through those documents. The Department of Justice has said that since the FBI already went through them, there's no need.

"You can't unring the bell," Posobiec said. "The Department of Justice has already raided these documents. It was a fishing expedition.

"And if I hear one more person complain," he said, about what was and wasn't classified information contained within those boxes, "that's not what this is about." The DOJ, Posobiec said, is "going after the Russia gate documents." This despite the allegations that Trump colluded with Russia to steal a presidential election having been disproven. But even that is not the main goal, posits Posobiec.