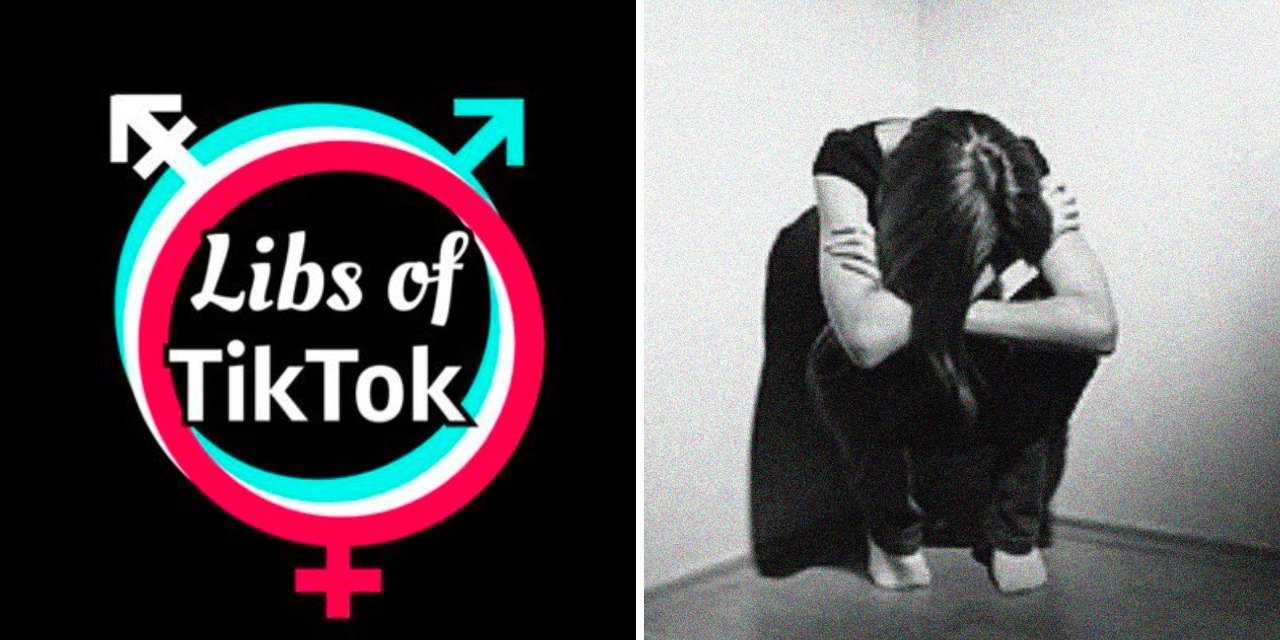 Two weeks ago you may have seen a lot of news segments surrounding Boston Children's Hospital. Deleted videos and archived web pages pointed to the fact that they were providing "gender affirming" care to young people including puberty blockers, double mastectomies, phalloplasties, and hysterectomies.

The Left immediately seized upon the wording of one tweet in regard to hysterectomies and argued that it's only done on 18-year-olds. Because they apparently think that's okay. They attacked myself, Matt Walsh, Chris Elston, and Christina Buttons for a week straight. So much so that one would believe they are actually very much against "gender affirming" hysterectomies! Just as any sane person with a few brain cells would be.

This week we learned that that's not the case. I dropped a bombshell report with a recording of 2 hospital employees admitting in no uncertain terms that they do hysterectomies on 16-year-olds and younger kids in the name of transgender healthcare. There were also archived web pages alluding to that fact. The media panicked. I couldn't wait to see how they would spin this one.

It was revealed that Boston Children's Hospital was promoting "gender affirming" surgeries for minors through a video series on their YouTube channel. These videos showed doctors giving details on cosmetic surgeries that have extremely high rates of complication, such a double mastectomies for healthy breasts, full hysterectomy of healthy reproductive systems, the reshaping of penile tissue to appear as the genitals of the opposite sex, and the shaping of "flaps" or pieces of flesh from arms or legs into phalluses that are then surgically added to females.

The materials from Boston Children's Hospital showed that they were performing some of these surgeries on minors, and that since they follow the WPATH guidelines, they could, on a case by case basis, even perform genital surgery on minors as well. After the reporting went public, Boston Children's Hospital scrubbed their videos from YouTube, and scrubbed their site as well.

Well it didn't take long for media to come after me for exposing these practices. NBC, for one, believed the hospital, and slammed me and others for having done the reporting at all. NPR and WaPo came out with articles claiming my recording was out of context and misinformation. They claimed the people I spoke with didn't know and the hospital said they don't do hysterectomies so it must not be true. A hospital would never ever lie, right? NPR, WaPo, trans activists, and other bluecheckers straight up asked Twitter to suspend me for this dangerous misinformation.

Two weeks ago it appeared they were against gender affirming hysterectomies on minors, this week they made their position clear. They are for it and just don't want anyone knowing about it. Young girls are having their uteruses carved out and the media's top concern is that people will find out. So they called for my suspension. A few short years ago, a journalist's job was to research content, information, and leads to bring important news stories to the population. How times have changed. Now they just run cover for the Leftist agenda and silence those who dare oppose them. Thanks to their friends in Big Tech, they can call for their opposition to be censored.

NPR and WaPo would rather smear and defame a journalist who has exposed these horrific practices than actually take the tips and do the digging for themselves. They are taking the words of administrators and politicians over actually doing the investigative work to prove or disprove the claims themselves. Journalistic integrity is lacking, and the health of America's children is at stake.

Twitter dutifully caved and suspended me, and the attempts to discredit me are reaching epic levels. A new report out from Vice claims that my efforts to expose the genital mutilation of American teens is "helping to supercharge Kremlin anti-LGBTQ disinformation." This is obviously an insane take.

Instead of investigations into the hospital, I got locked out of my Twitter account for daring to do some investigative journalism, and called some kind of Russian agent. But the truth is, they aren't mad that healthy kids are getting hysterectomies, they're mad that you found out, and they will do anything to cover it up.