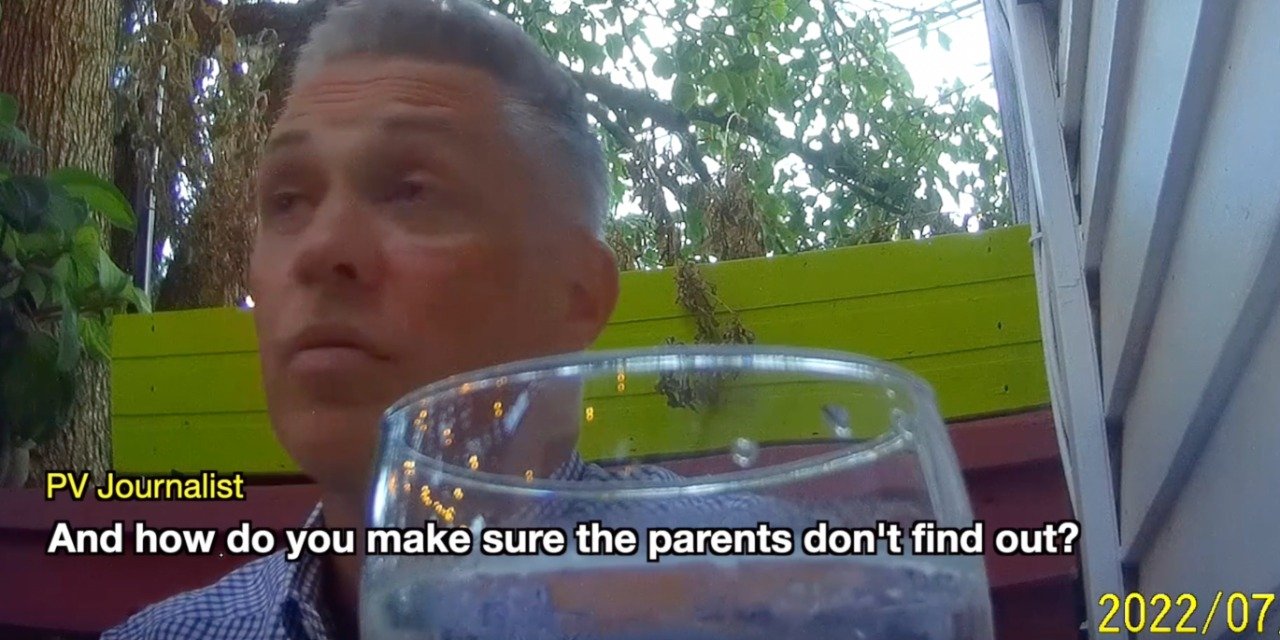 In a new video released by Project Veritas on Tuesday, the Assistant Principle of Cos Cob Elementary School in Connecticut was captured boasting about how he doesn’t hire Catholic teachers, and how the teachers at the school sneak liberal ways of thinking into their teaching methods.

"You’re teaching them how to think. That’s it. It doesn’t matter what they think about. If they think about it in a logical, progressive way, that becomes their habit," Jeremy Boland was captured saying in an undercover conversation with a Project Veritas Journalist.

"So, you kind of like, gear them to think in a more liberal way?" the Project Veritas journalist asked.

Boland replied with a yes, before later adding, "believe it or not, the open-minded, more progressive teachers are actually more savvy about delivering a Democratic message without really ever having to mention their politics."

"It’s subtly. They’ll never say, 'oh, this is a liberal or a Democratic way of doing this.' They’ll just make that the norm. And this is how we handle things, it’s subtle," he added.

"And that’s how you get away with it?" the journalist asked.

"That’s how you get away with it," Boland conformed.

The journalist continued on to question how Boland and the school could do this without the parents finding out.

"They can find out, so long as you never mention the politics of it," Boland replied.

"And then later down the line they’re gonna vote Democrat and you will have done a great service to our country," the journalist commented.

Boland is seen nodding in agreement before adding, "I hope."

A second portion of the undercover video revealed that Boland and the school discriminates against hires that may be older, conservative leaning, or Catholic.

"If people knew that you, like, didn’t hire conservatives though, do you think they would be pissed?" the journalist asked.

"One of the questions that I might start including is something about transgender students, students that are — identify — what is it, non-binary?

Giving a theoretical, conservative answer to the question, Boland said, "Well, I don’t think kids have enough knowledge to make that decision [gender identity] for themself."

Boland snapped his fingers and said in regards to that potential new hire, "You’re out, you’re done."

"I need younger [teachers]… but if they’re older, I’m not allowed to do that. I can’t tell them, 'I’m not interviewing you because you’re older.' I just don’t interview them," said Boland.

"For one position, I think we had 30 applicants. So out of all those applicants, I don’t think I interviewed anybody over the [age] of 30," Boland said. Sometimes the older you get, the more set in your ways, the more conservative you get.

"So have you found, like, that certain religions tend to be more right-wing?" the journalist asked.

"Almost all of them," Boland said, before adding "I’m probably not a huge expert on religion but protestants in this area are probably the most liberal, but if they’re Catholic, it’s unbelievable."

"If someone is raised hardcore Catholic, it’s like, they’re brainwashed — you can never change their mindset," Boland said.

When asked by the Project Veritas journalist what he does if he finds out that the candidate is Catholic, Boland responded simply, "you don’t hire them."

According to Connecticut Law section 46A-60B1, it is illegal for employers "to refuse to hire or employ or to bar or to discharge from employment any individual or to discriminate against such individual in compensation or in terms, conditions or privileges of employment because of the individual’s race, color, religious creed, age, sex, gender identity or expression, marital status, national origin, ancestry, present or past history of mental disability, intellectual disability, learning disability, physical disability, including, but not limited to, blindness or status as a veteran."