BREAKING: Biden Warns ‘Brave Right-Wing’ Americans—’If You Want to Fight Against the Country, You Need an F-15′ 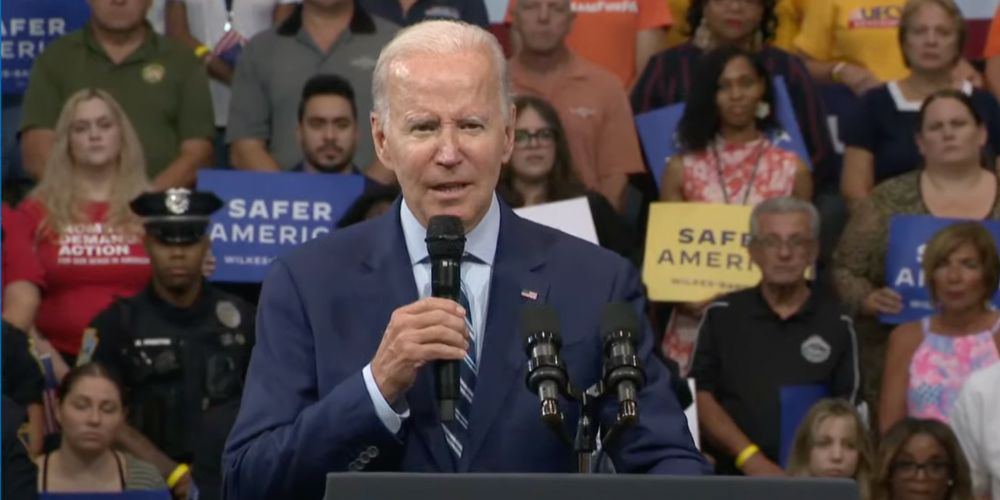 Speaking from Pennsylvania on Tuesday, President Joe Biden issued a message for "brave right-wing Americans," saying that they "need something a little more than a gun" to fight against the United States, giving the example of an F-15 fighter jet as something to use instead.

"And for those brave right-wing Americans who say it’s all about keeping Americans independent and safe, you want to fight against the country? You need an F-15, you need something a little more than a gun," Biden told the crowd, referring to the second amendment.

Biden issued the comment during a speech he gave in Wilkes-Barre, Pennsylvania regarding his "Safer America Plan" to reduce gun crimes nationwide.

Announced earlier this month, the Safer America Plan looks fund police departments, invest in services that "address the causes of crime and reduce the burdens on police so they can focus on violent crime," and calls on Congress to pass additional gun restrictions.

The plan looks to hire 100,000 police officers, calling on Congress to appropriate $10.77 billion in funding over five years for the COPS Hiring Program.

The plan also looks to crack down on crime spreading across the nation, including harsher sentences for those who have fentanyl, and cracking down on organized retail theft.

In Biden’s speech, he stressed that the Second Amendment is "not unlimited," and that there are weapons that are not allowed to be possessed in America today.