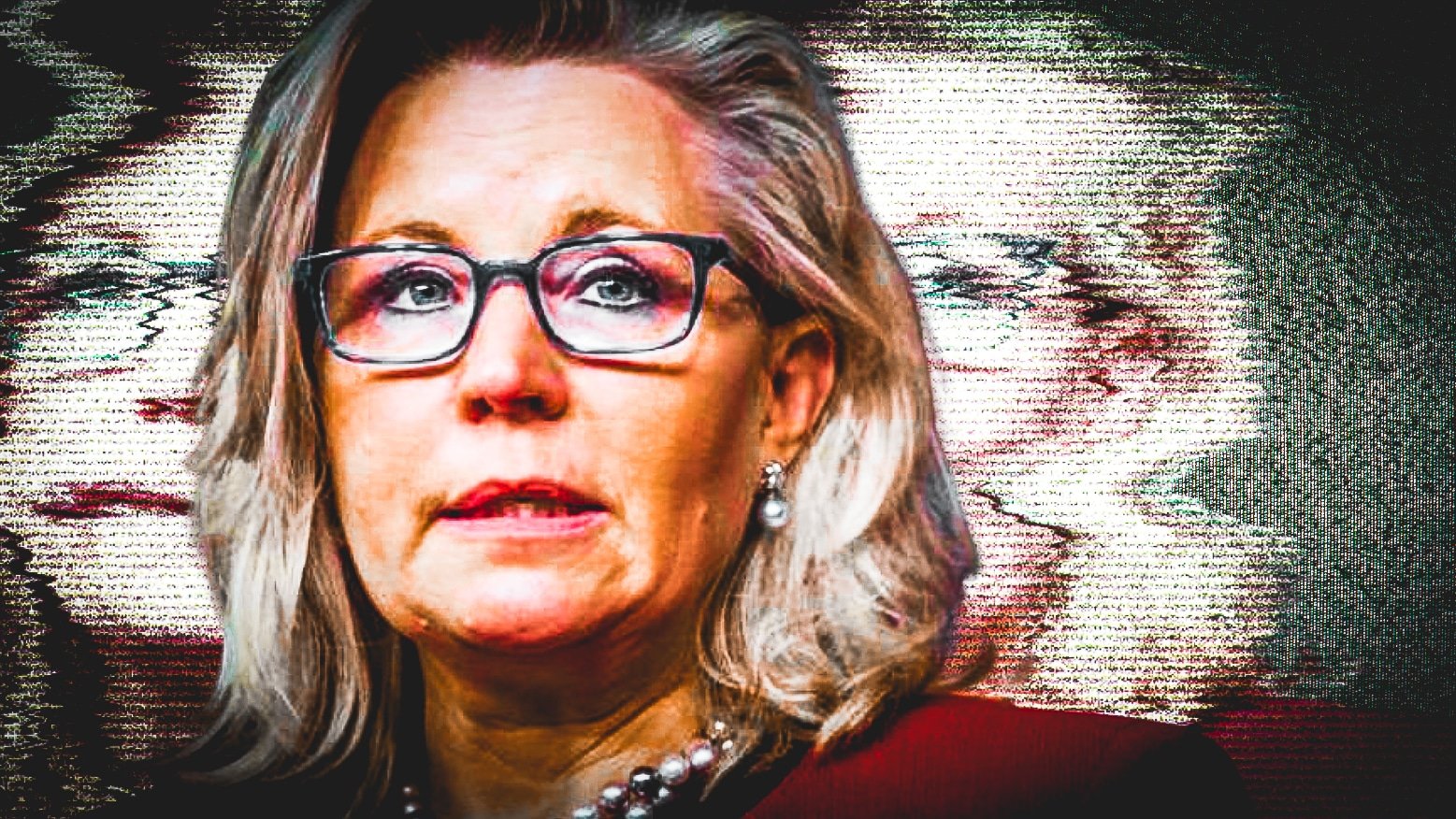 Rep. Liz Cheney (R-WY) is no longer just a Republican In Name Only (RINO). She is now a certifiably unhinged politician with completely unwarranted visions of grandeur, arising from some chimeric interpretations of her role in history.

Cheney lost her nomination race Tuesday night to Harriet Hageman, who crushed the daughter of former Vice President Dick Cheney with 67% of the vote. Even Dick’s nauseating commercial, supporting Liz – kind of made you think of another Dick and Liz show from the 1970s – did not help. There was President George W. Bush’s Veep saying how proud he was of his daughter for sitting on the Jan. 6 committee and doing her best to aid and abet the Biden administration and participate in a Stalinist political tribunal. It really was disgusting to behold.

Just as disgusting as Cheney’s performance has been her time as a Republican without credentials, working hard to elect Democrats in the midterm elections.

Those expecting a concession speech from Liz Cheney should not have held their breath. I was expecting her to walk to the podium with music playing, perhaps the Carpenters hit, “We’ve Only Just Begun” because that was the theme of the evening. Cheney talked liked she had won, although she got around to admitting that her opponent had received more votes. She did not congratulate her and quickly got around to her talking points.

“We must be very clear-eyed about the threat we face and about what is required to defeat it. I have said since January 6, that I will do whatever it takes to make sure Donald Trump is never again anywhere near the Oval Office.”

As if she was repudiating the primary results, Cheney pretended it was all about politics and that if she had blithely mouthed the right talking points, she could have mopped the floor with anyone who dared run against her.

“A few years ago, I won this primary with 73 percent of the vote. I could easily have done the same again. The path was clear, but it would have required that I go along with President Trump's lie about the 2020 election. It would have required that I enable his ongoing efforts to unravel our democratic system and attack the foundations of our republic. That was a path I could not and would not take.”

The last time I looked, Trump stepped aside after the 2020 election and the Jan. 6 riot was over in a matter of hours. There was no insurrection, no danger to the Capitol, let alone the Republic or the American democracy. And the only reason the Democrats are continuing to talk about it in 2022 is because they have made a disaster of the country that Trump nurtured and prospered.

To justify being a traitor to her party by voting to impeach her president and to participate along with the Democratic leadership on the Jan. 6 committee, Cheney made the outlandish claim that the Jan. 6 riot was somehow unique in American history.

“Never in our nation's 246 years have we seen what we saw on January 6. Like so many Americans, I assumed that the violence and the chaos of that day would have prompted a united response, a recognition that this was a line that must never be crossed. A tragic chapter in our nation's history, to be studied by historians to ensure that it can never happen again.”

But then Cheney went even further, comparing her hapless political career to that of Abraham Lincoln, the first successful Republican leader.

The great and original champion of our party, Abraham Lincoln, was defeated in elections for the Senate and the House before he won the most important election of all. Lincoln ultimately prevailed, he saved our Union and he defined our obligation as Americans for all of history.”

Yes, Cheney had to quote a bit of the Gettysburg Address and I’m surprised she didn’t reach for a stovepipe hat too. A lot of political crazies over the years have thought they were the next incarnation of Lincoln or have at least appealed to his memory for some arcane reason but just why in hell does Cheney think she has earned the right to carry his mantle? Why does being a Never Trumper and RINO give you the right to speak for Lincoln?

Was this a hint that Cheney plans to run for president? Will she run as a Republican or a Democrat? God knows the $15 she raised for her primary campaign did not come from Republicans. Does she think she can win or is this just another narcissistic venture aimed at securing another 15 minutes of fame?

Cheney expressed special concern over the new crop of GOP candidates who are unwilling to bend their knee to the Republican establishment and who seem anxious to listen to the grassroots. She thought this was dangerous.

“Today, as we meet here, there are Republican candidates for governor who deny the outcome of the 2020 election, and who may refuse to certify future elections if they oppose the results.”

And if you thought the Democrats had something to do with the rampant violence in America, Cheney still finds a way to blame Trump.

“Donald Trump knows that voicing these conspiracies will provoke violence and threats of violence. This happened on January 6, and it's now happening again. It is entirely foreseeable that the violence will escalate further, yet he and others continue purposely to feed the danger.”

Cheney also had to wade into the recent FBI violation of Trump’s Mar-a-Lago home. Does she not think that is an outrage, something worth noting as a threat to democracy, a watershed event where the federal government has weaponized the police forces and the justice system against a former president simply because it doesn’t like him and has been unsuccessful with its dirty tricks and bogus investigations in the past?

No. Cheney is undisturbed by all this. She can’t wait to see Trump suffer for being Trump. She has never liked Trump because he wanted to drain the swamp that her father was so much a part of. So even though we have an FBI that set up a fakescheme to kidnap the Michigan governor, and obviously colluded to increase the voltage of the Jan. 6 riot, Cheney is worried about the good name of the bureau.

“Today, our federal law enforcement is being threatened, a federal judge is being threatened. Fresh threats of violence arise everywhere. And despite knowing all of this, Donald Trump recently released the names of the FBI agents involved in the search. That was purposeful and malicious. No patriotic American should use these threats or be intimidated by them. Our great nation must not be ruled by a mob provoked over social media.”

No. but apparently it must be ruled by a politicized and weaponized DOJ that will put you in jail indefinitely for merely being on-scene during a phony “insurrection” or list you as a domestic terrorist for objecting to Critical Race Theory being taught in your child’s classroom. Cheney has shown about as much interest in Hunter Biden’s laptop and Joe Biden’s business dealings with China and Ukraine as the DOJ and FBI – which is none. But this kind of corrosive corruption is what destroys America, not a keystone cops riot that was more a dumb joke than sinister plot to overthrow America.

Cheney got what was coming to her this week. She hasn’t been working for the Republican Party or her constituents for a long time. She’s not working for America either – despite her absurd remonstrances to the contrary. She’s been working for herself all along. Just like pop did as an establishment oil tycoon who knew all the right people and all the right signals.