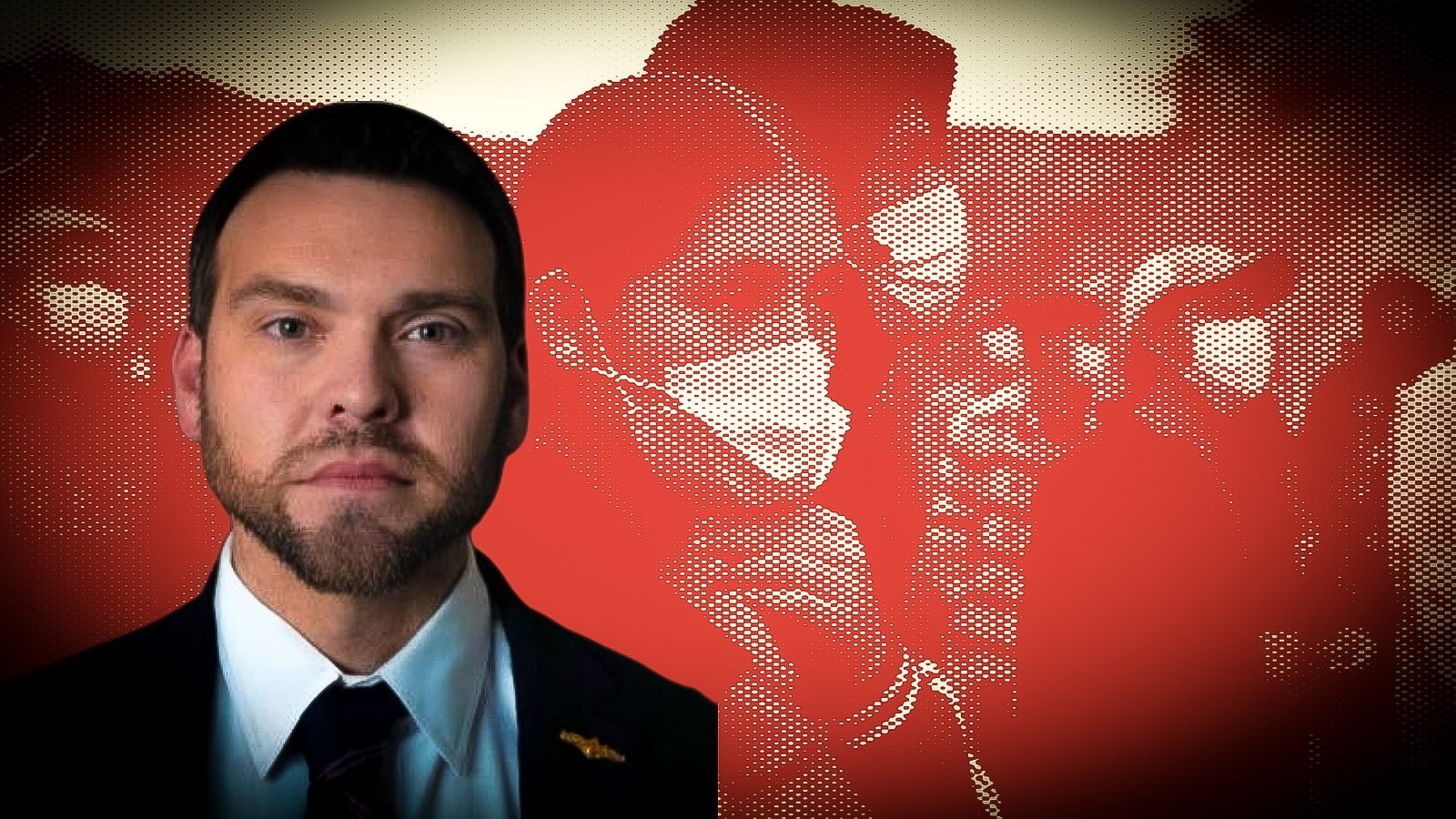 Human Events Daily host Jack Posobiec dug into the details of a new story that reveals the Biden regime has been flying tens of thousands of unaccompanied migrant children to “sponsors.”

“This is just an incredible story, obviously, we know War Room Steve Bannon had this story this morning... Make sure you go to The Post Millennial, check this out, and understand what's going on. A federal whistleblower has come forward to Savannah Hernandez, who was with me in Davos,” said Posobiec, recounting how Hernandez was with him when he was detained by World Economic Forum-aligned police earlier this year in Switzerland.

“Well now, Sav is back with another amazing exclusive. This federal whistleblower has come forward, to tell the truth about the secret night flights that the Biden regime is conducting. 2,000 to 3,000 children were told per week, and that's just one office. If you include all the offices from the border, it might be as many as 10,000 a week, and they're flying them all across. That's 40,000 per month, flown all across the country. Sometimes they have sponsors, sometimes they're vetted, sometimes unvetted.

Reading from The Post Millennial's story, Posobiec says that an "anonymous whistleblower who works as a 'travel youth care worker' for a federally funded contractor, shared that tens of thousands of unaccompanied migrant children are being bussed and flown throughout the US and being handed off to unvetted adult 'sponsors.'"

Posobiec notes that Hernandez reports the name of, MVM Inc., a company whose "focus is getting unaccompanied minors from 'Point A, shelters,' to 'Point B, sponsors,' across the US.'"

The story states that "due to the overwhelming number of border crossings, the employee shared that new hires for MVM Inc. are not being given proper background checks, 'a lot of people' get hired, and 'their background hasn’t even come in yet,'" he reads.

"Keep in mind, by the way, in New York, Mayor Eric Adams has said that these migrants, and we don't know if that's minors or just all, that are coming to New York City, that he's going to put them up in a luxury hotel in Times Square," Posobiec said.

It was recently revealed that Democratic Mayor Eric Adams plans to convert the Row NYC, formerly known as the Milford Plaza and nicknamed the "Lullaby of Broadway" in Times Square, into an intake center and shelter for as many as 600 migrant families. The mayor’s office has not released any details but did tell the New York Post on Monday that the city has extended its deadline for receiving bids from organizations interested in operating the center.

"Due to the mass amount of migrant children being escorted, employees are not properly vetting the adults they’re handing these kids off to," he continued.

"She's even got an email up," Posobiec continued: "multiple issues that were brought to the MVM site manager’s attention, including 'TSs' (Travel Escorts) taking the liberty of accepting alternate documents without FFS approval.'"

"No serious country would be doing this unless there was a specific reason. You're looking at an operation. You need to understand that we're looking at an operation of not only human trafficking, but in this case, child trafficking. We don't know, and they don't know, who these children are, why they're coming across the border. A ten-year-old girl was just raped and impregnated in Ohio over this. We're told that her mother may have known something about it. The stuff that's going on is completely insane. And the Biden regime, rather than actually get to the bottom of it or stop it, end this situation, they're exacerbating it. They're setting up a toxic incentive structure, and good, honest people are falling into it.

"This needs to stop, and this entire situation needs to be shut down,” he concluded.