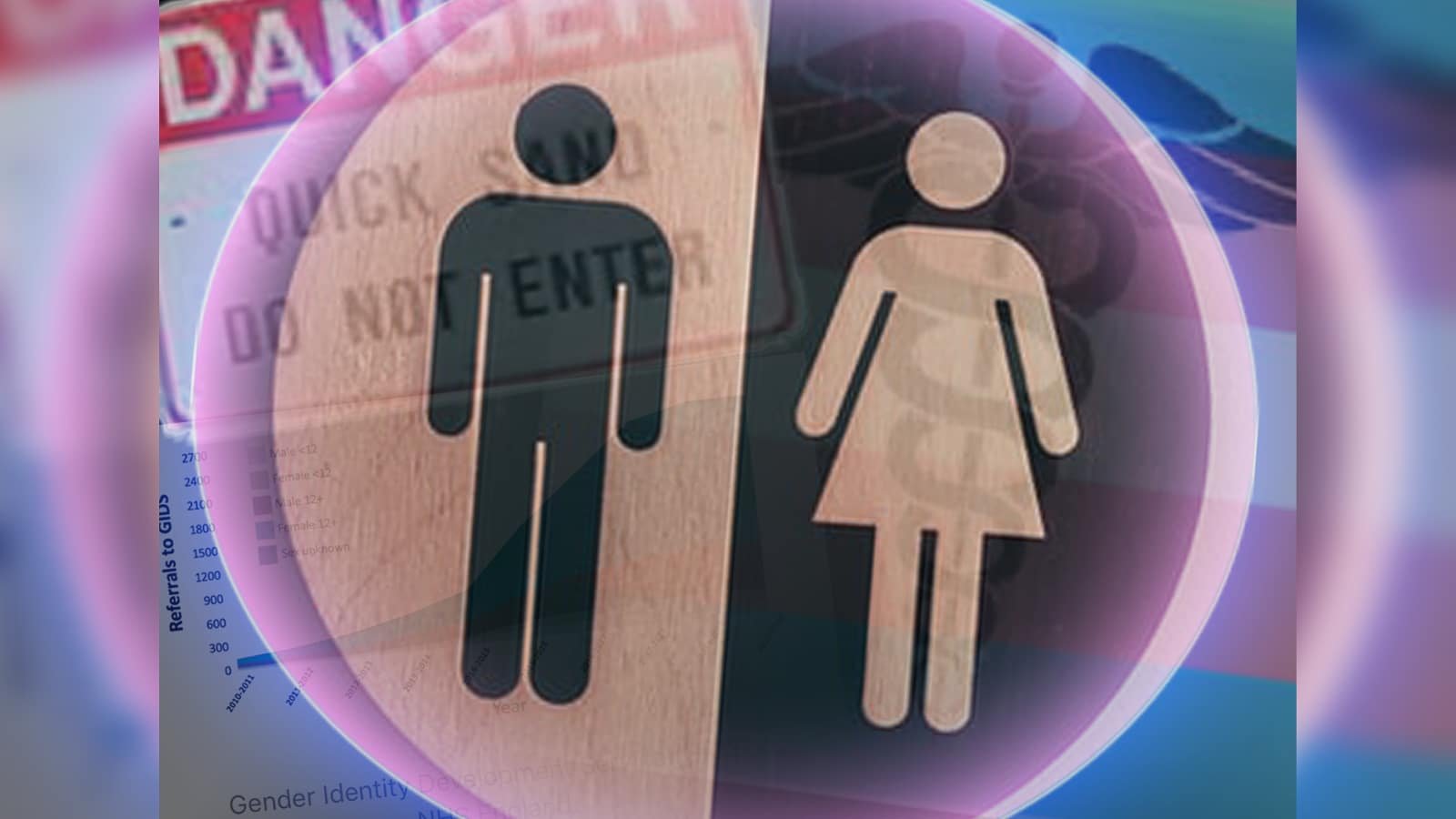 I was on a podcast recently with multiple Trans people and the host asked what I thought about Social Transition for kids and teens? As I began to give my answer I realized that everyone’s definition of social transition may be different, and depending on that definition the implications of it will vary greatly. If we are talking about a child exploring things that are more gender non-conforming (GNC), then I don’t think most would see it as a problem. However, once the social transition gets to a point of the child changing their name and telling everyone they are trans, then we are seeing the first stages of the Sunk Cost Fallacy. The psychological manifestation that has taken many GNC people down a road to transition and then later to detransiton.

Does one need to have Gender Dysphoria to be trans? The Diagnostic and Statistical Manual of Mental Disorders (The DSM-5) Defines Gender Dysphoria as “clinically significant distress or impairment related to a strong desire to be another gender, which may include desire to change primary and/or secondary sex characteristics.” As stated, “clinically significant distress” would imply that the answer is yes, one does need Gender Dysphoria to be Trans. Otherwise, what is the driver to transition? However, in 2014 the push to normalize trans people lead the American Psychological Association (APA) to change the meaning of the “trans” moniker, from “Transsexual” to “Transgender.” A small but significant difference. A Transsexual is a person who takes steps medically to appear to society opposite their sex. the APAs definition of transgender is “an umbrella term for persons whose gender identity, gender expression or behavior does not conform to that typically associated with the sex to which they were assigned at birth.” Transsexuals transition to alleviate some of the distress caused by their desires. The APAs definition would classify any gender non-conforming person as trans. As this has become the norm, we see the number of people coming out as trans increase exponentially.

The cost of this has been considerable. Up until recently, GNC people did not feel the need to have any medical interventions. They were comfortable in their biological sex. That has changed with the promotion of Non-binary as a new category. Now many will opt for surgeries to make them look more androgynous, and say you don’t actually need dysphoria to be trans. According to the Tavistock Clinic in England, this has affected young females at a much higher rate than males. Many parents report, as published in Abigail Shrier’s book Irreversible Damage, the numbers are higher among children who have friends that have come out. Telling kids they are trans because they do not exhibit the behaviors of traditional gender roles creates a self-fulfilling prophecy that a child will take on a trans identity, irreversible medical procedures, and possibly leading them down the wrong road driven by a Sunk Cost Fallacy.

The term Sunk Cost Fallacy is defined by Oxford Dictionary as “The phenomenon whereby a person is reluctant to abandon a strategy or course of action because they have invested heavily in it, even when it is clear that abandonment would be more beneficial.” Typically, this is thought of when investing money. A trader may hold onto a stock for longer than they should, because they have already lost so much on it, instead of cutting their losses and investing in a better stock. Even though the latter would be better for them in the long run, they can’t accept the loss.

This can also be used for a number of everyday behaviors. This is the whole idea behind the video games on your phone. You play to a point where they start asking you to pay money for “special” items, or to keep playing after running out of turns. Since you have already spent so much time playing, you end up paying to keep going. Then the next time, you pay more because you have already spent time and now money on the game, so you don’t want to lose that. When in reality you should have quit or took a break earlier. This phenomenon affects the most calculated of adults, think of what it can do to a developing child who is confused about their gender and/or sexuality.

The number of detransitioners coming out has increased exponentially in recent years. This is not unexpected after the APA changed the definition trans. Unfortunately, many kids adopted identities that led them much deeper into transitioning than they ever should have been.

Looking back at the definition of a Sunk Cost Fallacy. This begins the moment a person tells someone they are trans, changes their pronouns, and adopts a new name. At that point they have made an initial investment, and the deeper they get the harder it is to cut their losses; like quicksand. Some may lose friends, deal with “unsupportive” family members, and/or feel the weight of forcing everyone to change how they treat them. making the invested cost even higher.

The biggest danger comes at the point of medicalization. The Moment that first bit of hormones is taken, the persons invested cost moves to a place that no medical intervention can correct. Studies have shown a male taking Testosterone blockers and Estrogen have a significant probability of being permanently sterile as early as three months after beginning. Females who start puberty blockers at Tanner stage 2 of puberty, then progresses to taking testosterone, will also be sterilized. Their reproductive organs never develop; therefore, they are unable to produce gametes.

Scott Nugent, from Matt Walsh’s ‘What is a Woman’ documentary, recently stated he would not transition if he could do it over again. Also noting that he’s not going to detransition because “that would be a joke.” Alluding to the fact he can’t undo what has been done. The cost is too great to even consider that. One detransitioner, Shapeshifter, spoke about his experience on the Blaire White Project. He said deep down that he missed his male genital for a while, but could only admit it after starting on Testosterone. He also noted that he now has some reverse dysphoria when someone refers to him as a woman. These are just two examples of an ever-growing number of trans and detrans people with similar stories.

The Sunk Cost Fallacy is a real psychological issue that can lead anyone down a road that is harmful to them. It is why we need to stop telling kids they are trans because they like items, or have behaviors, that society traditionally associates with their opposite sex. A child who wants to explore these things should be allowed to, without being forced into a label that is hard to turn away from. Especially when 80% of these kids would desist by the age of 16 if left alone. Adding the trans label and name change could change that, putting them down the road to irreversible damages.