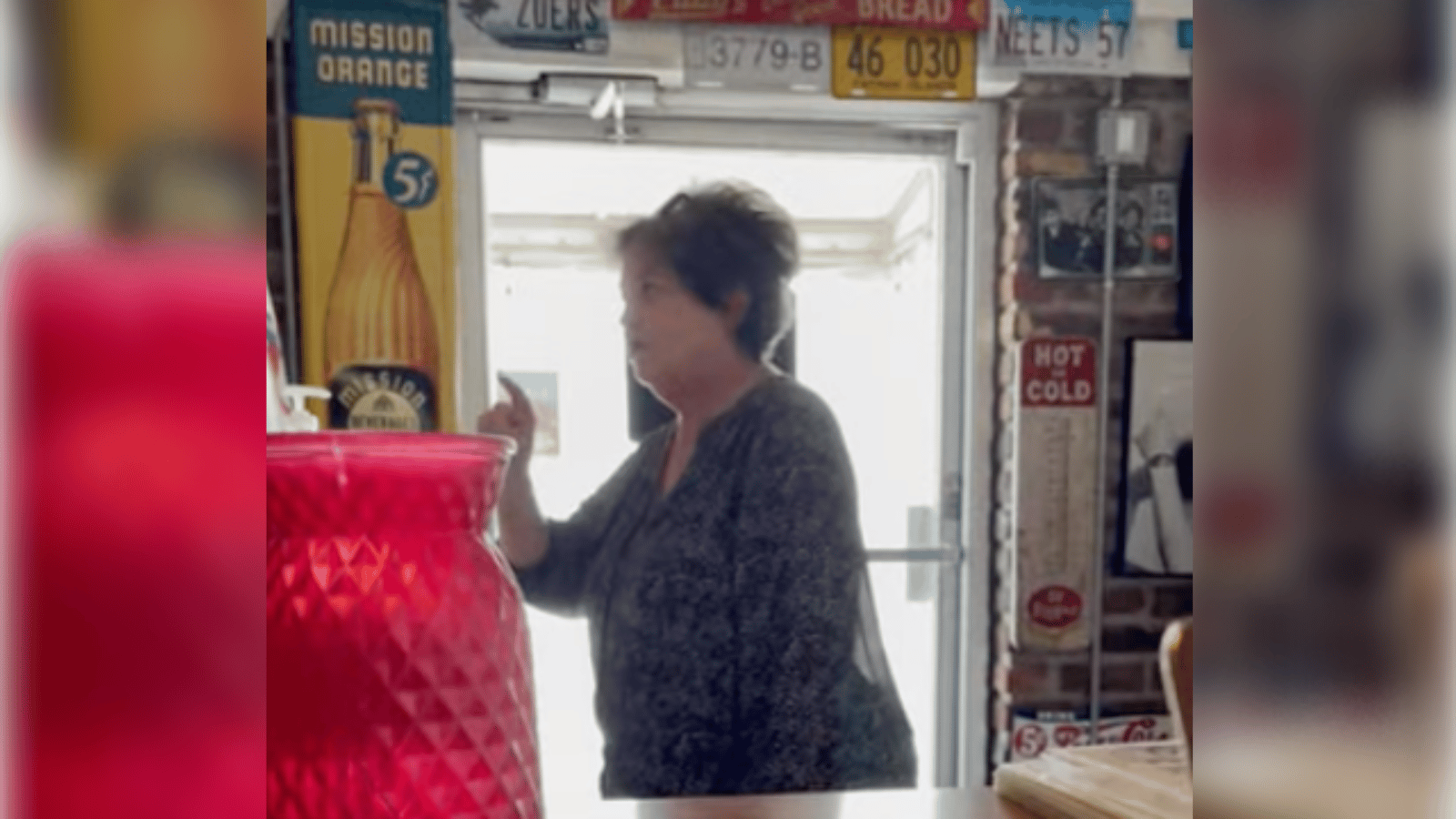 On June 17 Rep. Lois Frankel (D-FL) was caught on video shouting at a local diner owner and threatening retaliation for his daring to hang a campaign poster for her potential opponent, Republican Primary candidate Deborah Adeimy.

Richard Kline, owner of City Diner in West Palm Beach, Florida, says that he has happily served Frankel for many years as a customer, despite completely disagreeing with her politics.

Kline believes Frankel was made aware of the poster by a customer who questioned Kline’s son, who works at the diner, about the poster shortly before Frankel arrived that day.

“Not 10 minutes later did Lois come crashing through the door,” says Kline. “She didn’t come to eat. Because she comes with her elderly mother when she comes to eat. It’s a whole different mindset.”

“She came in looking around with her dark sunglasses. She was looking for that picture.”

“Finally she found it,” says Kline, “and she started freaking out.”

Kline says he could hear Frankel yelling from the back of the restaurant, and came out after she asked to see the owner.

The remainder of the altercation was caught on video by Kline’s son.

Kline verified the authenticity of the below video distributed by Adeimy’s campaign:

“I’m gonna make sure, that every, one of my [inaudible] knows exactly what you’ve been doing here” Frankel can be seen telling Kline.

“I’m not allowed to vote for who I want?” Kline asks her.

“You can vote for who you want, but let me tell you something—“ Frankel continues before she appears to begin taking photos of the campaign poster.

As Frankel continues to shout that she is never coming to the restaurant again, Kline suggests that her response is unreasonable.

Frankel can be seen on video marching back into the restaurant after having been halfway out the door— she re-approaches Kline and tells him “Listen, listen, listen, Mr. Trump.”

Kline pointed out to Human Events that there is no Trump signage in his establishment.

Kline provided Human Events with a photograph of the poster in question, as well as the new sidewalk sign he erected after the altercation:

Kline told Human Events that he was confused by the entire interaction, surprised to see “a congresswoman in the United States House of Representatives having a meltdown because one of her constituents is voting for or supporting a different candidate— who by the way hasn’t even won her primary yet.”

"Why is a sitting congresswoman having a meltdown in my restaurant over a woman who has not even won a primary?"

“This goes beyond politics. I find it appalling that a sitting member of Congress would intimidate or threaten anyone for supporting me or any reason. This is inexcusable behavior,” Adeimy said.

“I want to wish the Kline family all the best and thank them for their continued support. No American should be verbally attacked by their own Congressperson, have their workday interrupted to defend themselves for their American right. It is time for Frankel to retire, she does not represent this district well. I will be a Representative that treats everyone with dignity and respect. I have heard too many stories like this from my hometown voters about Lois Frankel.”