The Real Goal of the J6 Committee: Dehumanize Political Opponents 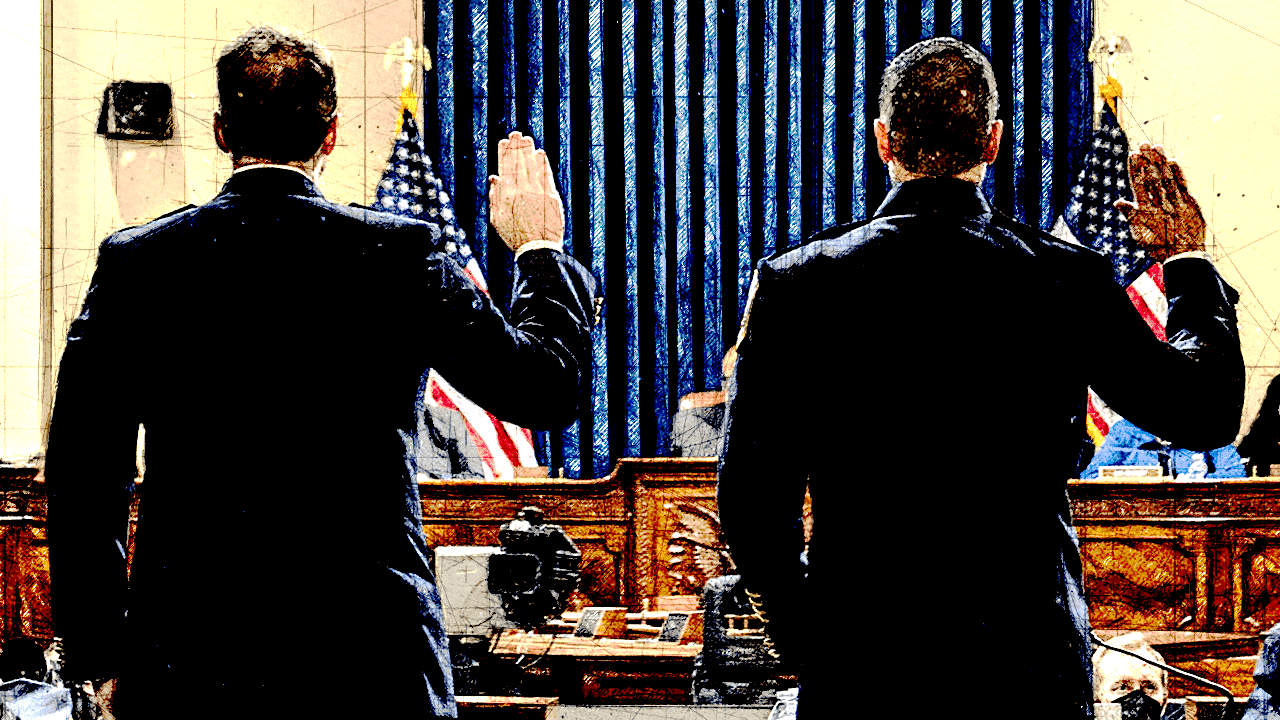 With the mid-terms just a few months away and with inflation soaring, the stock market crashing and voters confidence in Joe Biden and the Democrats in Washington cratering you would think that the House Democratic majority, which hangs perilously in the balance, would at least be trying to look like they are focused on the issues Americans care about. Amazingly enough they aren’t. Instead of addressing the issues that poll after poll show that voters care most about they are instead laser focused on their January 6th made-for-tv show trial.

The conventional wisdom is that Democrats are focused on J6th because they realize they are politically powerless to actually do anything to slow inflation or bolster confidence in the economy. Many on the right, myself included, have thought the left sees these summer TV hearings as a political Hail Mary – once best, last effort to change the national conversation, refocus voters’ attention and save Democrats’ majorities in both chambers.

Well if that was the goal of the committee it has failed spectacularly.  According to a recent Monmouth poll, “Overall, just 6% of all Americans say the recent committee hearings have changed their mind about what happened at the Capitol or who was responsible for Jan. 6.”

Not only have the committee hearings failed to change opinions on the events surrounding January 6th the hearings have also failed to change the issues that voters are focused on – indeed poll after poll confirms that inflation and the economy is far away the number one issue.

Some have argued that the real goal of the hearings wasn’t really about saving Democrats' political hide in 2022 but that the goal was really about stopping Donald Trump from running in 2024.

Again, if that was the goal of the hearings, it has failed fantastically on that front too. Indeed the hearings – and their obvious political bias and manipulation of the facts – have probably made it MORE likely that Trump runs again in 2024. Indeed, even some on the left are now saying that the efforts on the left to try to “hold Trump accountable” may actually make a Trump run in 2024 more likely.

So if the hearings haven’t changed opinions on J6th, haven’t refocused voters and aren’t deterring Trump from a run in 2024, then what explains Democrats continued focus on J6th?

Is there something else going on? If it is failing spectacularly to do what we assumed were the goals of the committee then is it possible we’ve missed what is really motivating the committee?

This othering of political opponents is nothing new for the left, indeed it famously started with Hillary Clinton’s “basket of deplorables” comment – a comment which ushered in a new era in progressive politics. It was no longer a battle of ideas, no longer an effort to win hearts and minds, for the left it was now a battle of good vs evil.

The campaign by the left to dehumanize and otherize conservatives and Trump supporters has only grown more and more intensive since Hillary’s initial salvo. If you disagree with the progressive left you are now accused of being a white supremacist, a bigot, a sexist and/or a homophobe (maybe even all of the above!).

The results of this campaign to dehumanize and otherize those of us on the right have had the desired effect – many on the left see the complete eradication of societal norms as perfectly fine when it comes to dealing with conservatives.

It has gone far beyond simple cancel culture. The left has attempted to use J6th as a way to ban sitting members of Congress from running for re-election. And that’s just the tip of the spear.

The campaign to dehumanize and otherize Trump supporters has given a green light to actual violence against political opponents.

When you tell your base that their opponents are evil, that your opponents fundamentally do not deserve their respect, then violence against those opponents becomes not only excusable but indeed required.

The left knows that their electoral coalition is untenable, polling shows that Republicans are growing a working and middle class, multi-racial and multi-ethnic base. The only way for the left to remain in charge is to destroy that budding Republican coalition – even if it is through violence and intimidation.

That is what is really going on with the Democrats' focus on J6. This is much more than a short-term political ploy, this is the latest in a long-term effort to destroy their political opponents.