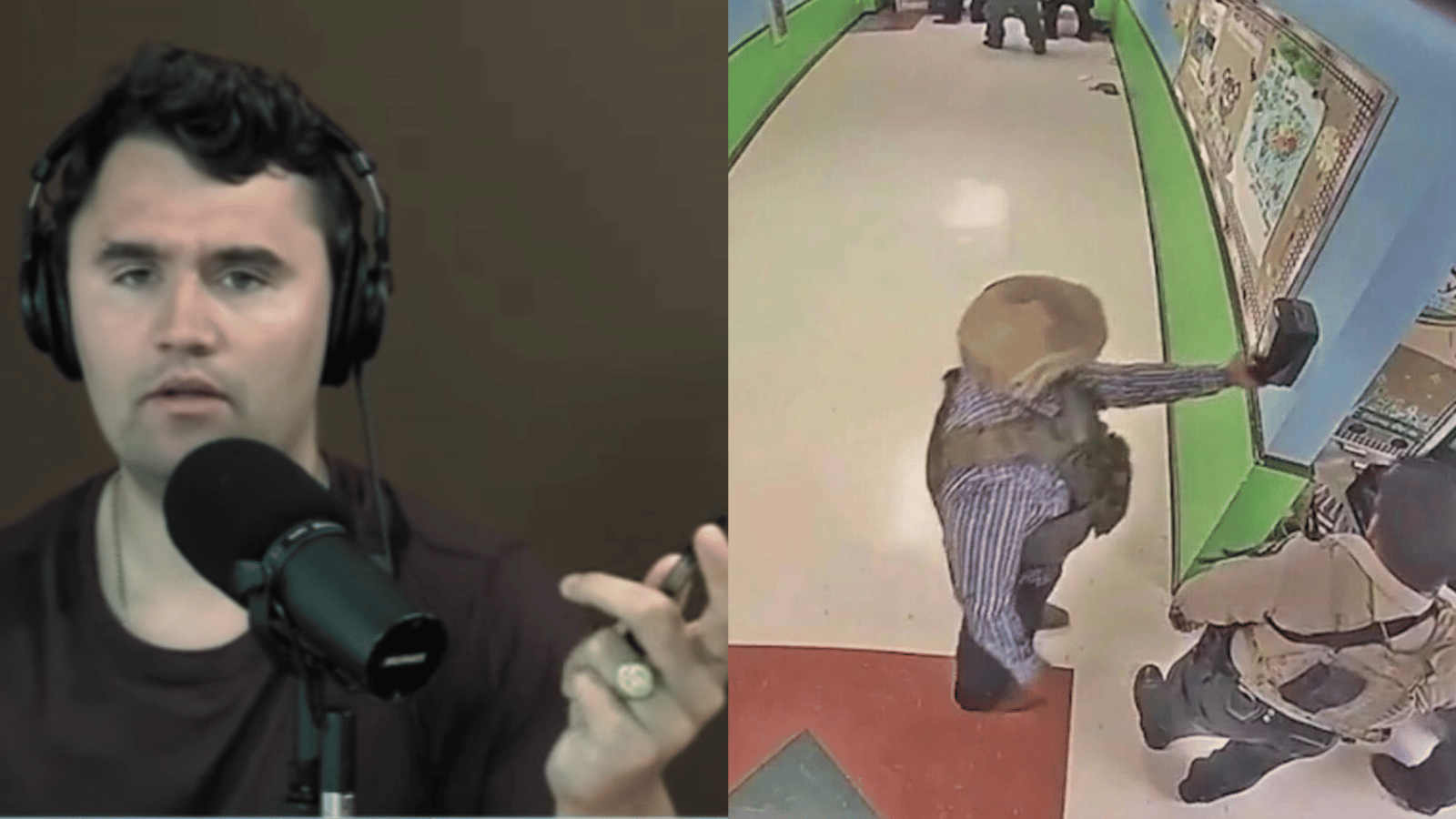 On the latest episode of The Charlie Kirk Show, host and Human Events Senior Contributor Charlie Kirk pointed to the American left’s crusade against “toxic masculinity” as an explanation for the behavior exhibited by police during the Uvalde, Texas school massacre.

“New images have been leaked from the Uvalde police situation. And it all ties to this idea of the left trying to attack masculinity because what we saw were ‘men’ (in air quotes) who call themselves men, that acted like chickens, cowards, whatever word you want to put,” Kirk said.

Kirk then read a common definition of the phrase “as taught in most schools”:

“Toxic masculinity involves cultural pressures for men to behave in a certain way. And it's likely this affects all boys and men in some fashion. Toxic masculinity refers to the notion that some people's ideas of manliness, perpetuate domination, homophobia, and aggression.”

“The idea of toxic masculinity is this idea that men trying to use their strength to protect people that are not as strong is inherently wrong, as if the idea of a man is someone who's out of control belligerent and dominating, not someone who is prudent and looking after protecting the innocent,” Kirk explained.

He added that the concept is “pushed by a group of college academics” who “want to try to feminize the country,” an effort that has “real life consequences.”

“The disturbing new video obtained by the Austin American Statesman shows how police officers dilly-dallied in the hallway of the Rob Elementary School instead of charging towards 18-year-old gunman Ramos as he systematically slaughtered 21 people on May 24. The cops let it happen."

Kirk later criticized the behavior of the Uvalde mayor, calling him a “slob who calls himself a politician, who should resign in disgrace.”

“He says ‘Well, I dispute the report that officers had an early chance to shoot the gunman.’ Just lying,” Kirk said of the mayor.

“The video is very clear. 77 minutes of police officers flipping through their phone and getting hand sanitizer. What does that say for where we are as a country?”