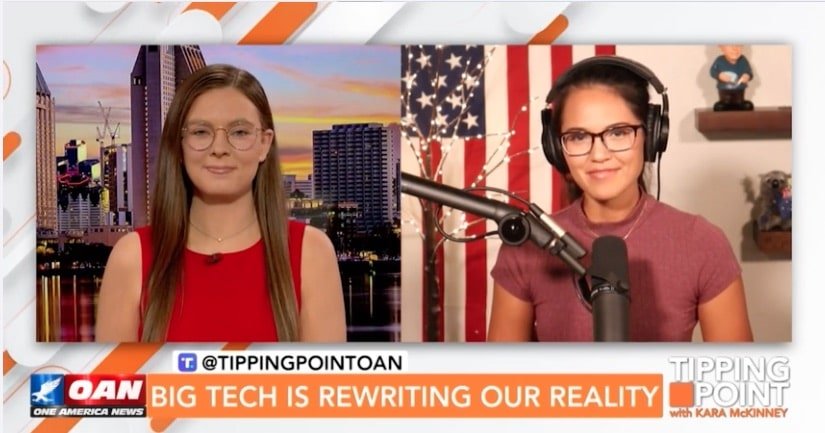 In a Tuesday appearance on One America News Network’s Tipping Point with Kara McKinney, independent journalist Savanah Hernandez discussed her recent piece for Human Events, which details the multiple instances in which she has been deplatformed by Twitter for her journalism.

During her OANN appearance, Hernandez thanked host Kara McKinney for “platforming,” her adding “It really is only shows like yours where I can get my reporting out now, so thank you.”

Hernandez attributes the popularity of her reporting to the fact that “Americans want the truth,” and contends that her content is exactly the type of truth that Big Tech players like Twitter wish to strike from the record.

“That’s the only thing I’m providing, right? It’s not something amazing or spectacular. I’m simply giving a voice to my fellow man,” Hernandez said. “And for that, I’ve been deleted from history, unfortunately.”

She later clarified that characterization, explaining that Twitter’s choice to delete her reporting amounts to erasure of the truth from the public narrative. She offered her reporting on the college athlete who spoke out against transgender swimmer Lia Thomas, and of the 2020 riots as examples.

“It was this young NCAA athlete who was deleted from the space because she didn’t say the proper thing politically. It is the fact that back in 2020, when I was reporting on BLM burning down and looting Black-owned businesses in downtown Austin, or Antifa stopping a Black father from him going to work and him getting out of his vehicle and pleading with these people to let him go to work–all of those clips have now been deleted from history.”