MCCOTTER: Authoritarian or Totalitarian?–Why It Matters 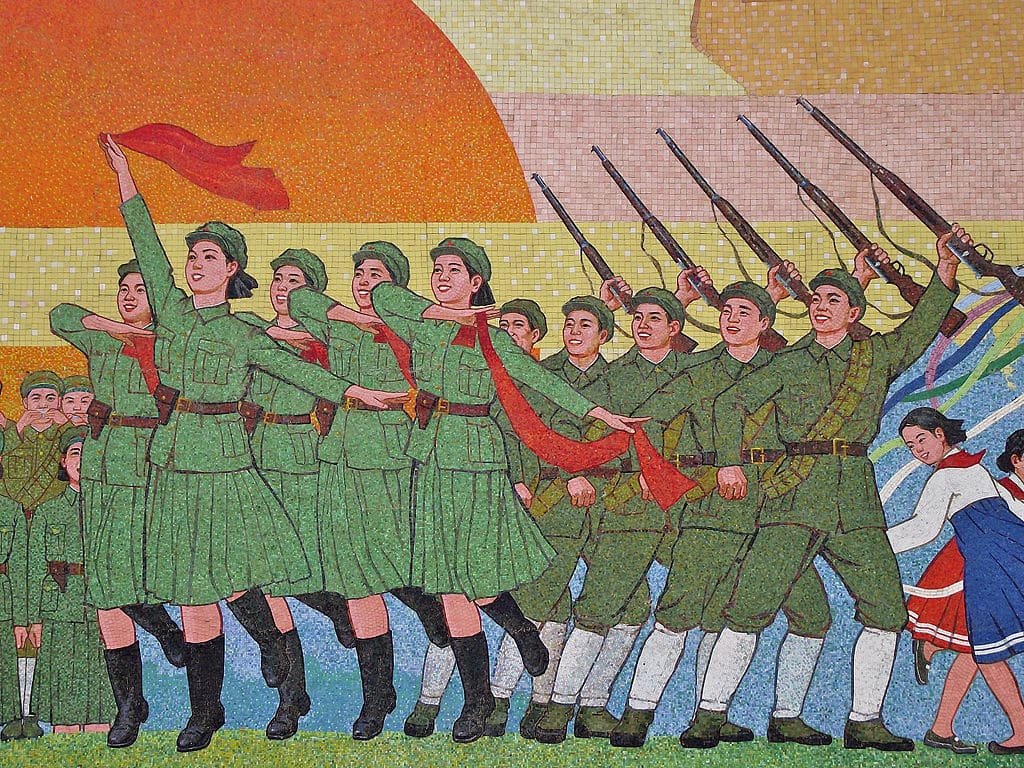 Perhaps, the easiest way to encapsulate the authoritarian versus totalitarian distinction is to juxtapose a kleptocratic regime with a communist regime. In dealing with the former, one can always bargain and barter with the venal despots. One cannot do so with communists. The difference is succinct: when it comes to money, one can always split the difference; one cannot split the difference between competing, antithetical principles of human nature and governance.

Communist China, Bolivarian Venezuela, and Islamist Iran are revolutionary regimes bent upon the destruction of the United States and the entire international order. They cannot be bartered with nor befriended, only appeased in the short run, even as they persist in their machinations against our nation and other innocent peoples. Of the three, the Biden administration has lately expressed its opposition to the Maduro regime by not inviting Venezuela (and communists nations Cuba and Nicaragua) to the Summit of the Americas. It is a solid step in the right direction for American foreign policy in the region. Nonetheless, given other instances of appeasement, the depth and durability of the Biden administration’s resolve to stem the advance of Bolivarian and communist ideologies remains to be seen.

Over time, however, what has been seen is that America remains the true revolutionary nation, an unprecedented experiment in self-government that has thus far culminated in the most free, prosperous, and powerful nation in human history. Consequently, our continued existence as a free republic constitutes an existential threat to these barbarous and repressive totalitarian regimes and their false and failing revolutions. As a result, they are compelled to attack our nation and all free peoples in a doomed effort to escape their fate of being shoved into the dustbin of history along with other revolutionary totalitarian regimes such as the Soviet Union.

While this is heartening in the long-run, what then explains the Biden administration of choosing such a blunt instrument in conducting its foreign policy in the short-run, which will only exacerbate the struggle against such regimes?

The Biden administration’s narrative of rising authoritarian regimes and retreating democracies is first and foremost designed for the Democrats’ domestic narrative. It is propagated to abet this administration’s weaponization of the federal government’s police and surveillance powers against the Left’s enemies (which was begun under the Obama administration). Their propaganda is paranoiac: “Authoritarianism is on the rise – even here!  We must stamp out domestic terrorism before it destroys our democracy!”

The Left’s narrative that we must destroy our free republic to save their “democracy” – i.e., their party – is as risible as it is cancerous to the body politic. It fares no better as a guide for conducting foreign relations is belied and bedeviled by injurious initiatives, such as negotiating with the terrorist Iranian regime, which have stalled due not to the Biden administration’s unwillingness but to the Mullahs’ intransigence; and cutting deals with genocidal communist China. There is nothing like normalizing and empowering totalitarian regimes that enslave their people and seek the destruction of ours and other democracies to reveal the Democrats’ hypocrisy in treating some totalitarian regimes far better than some authoritarian regimes.

So why not just stop?  Because for to the Biden administration and the multinational corporate and financial interests abetting and colluding with it, blurring the distinctions between authoritarian and totalitarian regimes facilitates doing business with the latter – even as these totalitarian regimes avowedly seek America’s demise. This is the multi-national corporate face of the Left’s moral relativism. Once, the Left condemned such amoral and immoral corporate practices. Now they collude with these corporate titans, granting access and cover for businesses to trade in totalitarian nations in exchange for domestic political support. When every nation that is not democratic is “autocratic,” the sharp contours of oppression are semantically sanded from the rap sheet of these totalitarian regimes. As a result, multinational corporations are facilitated in trading with totalitarian nations; and the sovereign American citizenry’s repugnance of the practice is largely met with a shrug by the corporate media, many of whose entities economically benefit from totalitarian, genocidal, communist China.

But though it is ignored and dismissed, the majority of the American public remains contemptuous of trading with totalitarian nations. An eminently practical people who, as history evinces, in the end eventually remediate their problems, ultimately their sanity will prevail; and for reasons of our national security, economic prosperity, and elementary decency our nation will cease abetting the empowerment of totalitarian nations covertly and/or overtly using every means at their disposal to terminate our free republic.

When the day finally dawns human dignity is no longer negotiable, the victims of these totalitarian regimes will remember those who helped emancipate them from their bondage; and those who exploited their subjugation to enrich themselves. And, though it is generally not their wont, perhaps the venal multinational corporate elite may wish to say a prayer that the newly freed peoples will prove more charitable in their judgements and merciful in their conduct than were their now deposed business partners.