There Was an Insurrection. It Wasn’t on January 6. 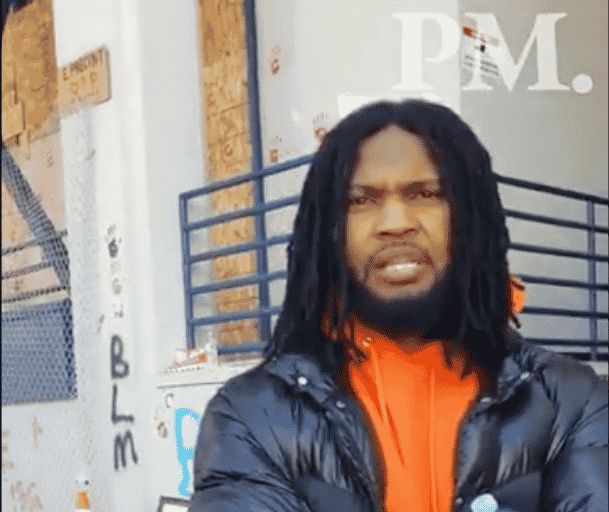 Last Thursday, just before the January 6 hearings began on Capitol Hill in Washington D.C., news broke that the city of Seattle would pay $500,000 to settle a wrongful-death lawsuit filed on behalf of the father whose son was killed in the 2020 Capitol Hill Autonomous Zone (CHAZ).

19-year-old Lorenzo was shot and killed on June 20, 2020, at the height of the riots and civil unrest on the streets of the city and inside the autonomous zone. Though a suspect has been aressted in his death, those responsible for the circumstances that led to his tragic demise will likely not face justice.

After more than a week of riots and protests in Seattle, following the death of George Floyd, some even attended by the members of the Seattle City Council, former Mayor Jenny Durkan's office allegedly instructed then-Police Chief Carmen Best to begin plans and implementation for abandoning the East Precinct in the Capitol Hill neighborhood.

After the police moved out, the mob moved in, utilizing the barricades left behind, as well as whatever objects they could get their hands on, to create the 6 block zone around Cal Anderson Park.

Signs adorning the barricades read, "You are now leaving the USA," and "Welcome to free Capitol Hill." Yet the zone was not actually autonomous.

Coordination between the armed occupiers and the city has been well-documented by The Post Millennial. The City of Seattle spent over $500,000 dollars in taxpayer funds to secure the "autonomous zone" for the occupiers.

The militant occupiers who cordoned off the Capitol Hill neighborhood as their own demanded support, and the city provided it. Sanitation facilities, hygiene stations, upgraded materials for barriers, and personnel costs contributed to this sum.

However, much of the coordination between city officials and the armed occupiers remains a mystery. Last week, the City of Seattle agreed to pay $200,000 and enact a series of reforms, in order to settle a Public Records Act lawsuit filed by The Seattle Times over former Mayor Jenny Durkan’s missing text messages from that time period and other public records related issues. Now, the full extent of the city’s involvement in allowing six blocks of the city to fall under armed occupation by Antifa and Black Lives Matter rioters may never be known.

$200,000 in fees paid to a newspaper does not make anyone who was the victim of officials' incompetence whole again.

Multiple media outlets from across the political spectrum, including The Post Millennial, had filed disclosure requests for the mayor’s texts in the wake and aftermath of the riots that rocked the city in the summer of 2020, the abandonment of the East Precinct, and the formation of the Capitol Hill Autonomous Zone.

The Seattle Times executive editor Michele Matasa Flores said "The Times ran into a brick wall trying to get the records released to them and there were many delays, many rejections which they felt were in violation of the law. Then they also discovered – by getting certain records through other parties – that city officials had claimed they didn’t have responsive records when in fact those records did exist."

Flores added, "That’s how we discovered that there were quite a few missing text messages written by the mayor, and also the police chief, Carmen Best."

The Post Millennial was similarly told that the texts for Durkan, Best, and Seattle Fire Department Chief Harold Scoggins were unavailable andgiven  excuses that texts from all three of the phones had been lost for various reasons.

Excuses ranged from Durkan dropping her phone in the Puget Sound to the autosave feature required for city officials having been turned off.

One disclosure request by The Post Millennial did reveal several of Scoggins’ texts, and included conversations between the Mayor’s office, Scoggins and Solomon "Raz" Simone, the "warlord" of the "autonomous zone."

Raz Simone, 30, is a rapper who opened for Macklemore and Ryan Lewis on their 2016 tour. In the summer of 2020, he received national attention for videos showing him armed to the teeth and patrolling Seattle’s "autonomous zone," assaulting people and giving out AR-15s from the trunk of a Tesla.

The city told The Post Millennial that texts directly between Scoggins and Simone were not available because "Chief Scoggins' phone was completely wiped in the early fall and replaced due to a technical problem."

A Seattle official of public disclosure said when releasing the texts, "I expanded my search to include records that had been produced in previous disclosure requests in other departments, which did turn up a text message exchange between Chief Scoggins and several members of the Mayor's staff. In that text message, he quoted a previous text exchange with Mr. Simone."

It was also revealed that the Seattle City Council used a loophole to circumvent a bidding process and appropriated 3 million dollars to "non-profit" organizations that were part of the occupation. These organizations lobbied the Council to defund the Seattle Police Department and use the money for "community programs." This money appeared to be more of a political payoff to the occupiers than investing in the community.

As previously reported by The Post Millennial, during the occupation, Mayor Jenny Durkan tweeted praise and encouragement to protesters, and told CNN it could be a "summer of love." Durkan even compared the CHAZ to a block party. City Council members supported the occupation and continued to try and create a narrative of a "peaceful protest."

Almost immediately, violence increased in CHAZ, including assaults, shootings, rapes and robberies, leaving two black teenagers dead and several others wounded. Emails obtained earlier this year by The Post Millennial show that the city knew about the dangers in CHAZ, yet continued to push the false narrative of peace.

Multiple lawsuits against the city by those affected by the 'autonomous zone' are proceeding.

The city may have even funded its own occupier. In November of 2019, the City of Seattle awarded Simone an $83,250 grant to build a recording studio at his label Black Umbrella.

At the height of his notoriety as the "warlord" of the "autonomous zone" Simone disappeared from the spotlight, midway through the armed occupation. An in-depth expose from KUOW described allegations that surfaced from women who accused Simone of domestic violence and pimping. Allegations that were backed up by court documents and witness testimony. According to KUOW, other activists knew of the alleged abuse and publicly called Simone out for it during the occupation, which may have led to him leaving the zone.

The lawsuit won’t restore the thousands of missing texts from Durkan, Best, and Scoggins, but Flores appeared satisfied with changes to improve transparency.

"They’re implementing software city wide, that will archive things like text messages, and other data. They will also make sure that all city-issued phones are set to retain text messages, which had not been done across the board. And in fact, we saw a completely inconsistent, almost Helter Skelter method of the city, it was hard to even tell which end was up. And that’s why they could never even get to the bottom of how these text messages mysteriously went missing. Because the systems just were not in order," Flores said.

Democrat Governor Jay Inslee claimed the morning after the zone was established that he knew nothing about the armed occupation of 6 blocks of the largest city in the state.

Marxist Seattle City Council Member Kshama Sawant even used her own key to open the doors of City Hall after hours to allow hundreds of protestors to occupy the building.

Protesters and occupiers did not always remain in the zone. On many nights they marched across Interstate 5 to another precinct. Eventually, the Washington State Patrol was ordered to close the freeway for the protesters.

Summer Taylor, 24, was hit by a car while protesting on I-5 after it had been closed by the Washington State Patrol for the purpose of demonstrations after multiple nights of protesters shutting down the freeway. Diaz Love, 32, was also hit and retained serious injuries. Following the incident, Washington State Patrol reversed its policy of closing the interstate for demonstrations.

Taylor's family announced a lawsuit against the City of Seattle and the State of Washington in September of 2020 alleging that the state patrol failed to protect protesters on I-5 and that was what resulted in Taylor's death.

Other lawsuits on behalf of other victims remain outstanding, and the taxpayers of Seattle will likely have to foot the bill for those cases as well. No investigations or hearings into any of this have been announced. No amount of money can make whole those who lost a family member and those in state, county, and local governments who enabled this debacle will likely never face true justice.