Team of Fools: Biden’s Cabinet Picks Prove He Is Unfit to Lead 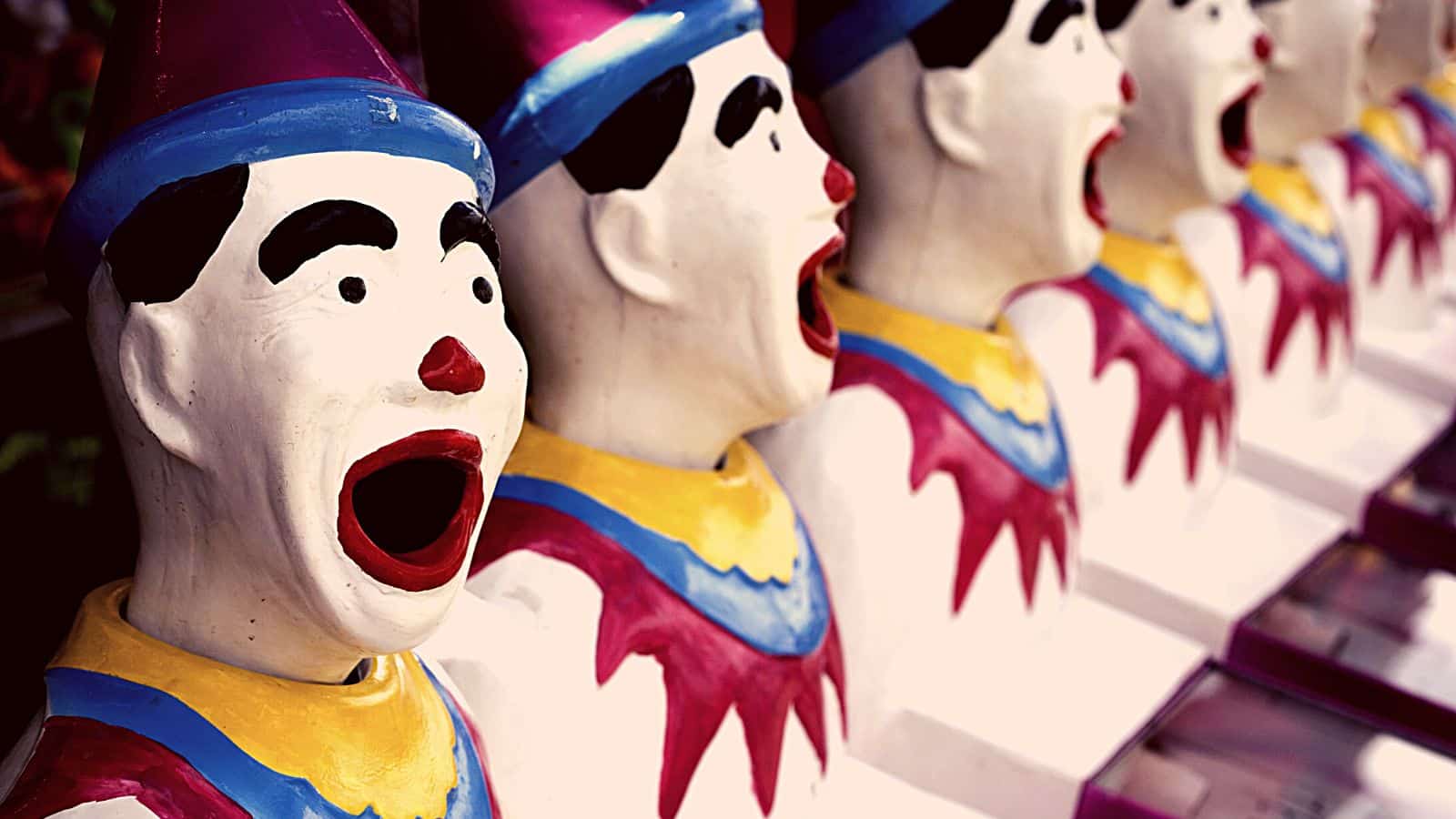 Historian Doris Kearns Goodwin wrote an acclaimed book called Team of Rivals in which she described Abraham Lincoln’s recruitment of the ablest men of the time for his cabinet. We are witness to the exact opposite. Joe Biden seems intent on assembling a team of the least able. I’m calling it Team of Fools.

I have written extensively about Biden’s shortcomings. Nothing exceeds his capacity for choosing the wrong people. It would be difficult to zero in on Biden’s worst choice, but his Homeland Security Secretary would be a good candidate. Alejandro Mayorkas has me somewhat confused. I can’t tell if he is a consummate liar or just plain delusional. Mayorkas claimed that his message to migrants heading to the U.S. is: “Do not come.” Then he declared that, “Our border is not open.” He also asserted his department has “a handle” on migration. “We’re not letting people loose,” he said. More blatant lies never have been uttered.

In direct contradiction to his statements and his sworn duty to uphold the law, Mayorkas deliberately has allowed millions to cross our southern border illegally. “The vast majority of those people are single adults—not families fleeing poverty,” said Liz Peek on Fox News, “and the total includes 40 men on the terror watch list. Under Mayorkas, deaths due to drug overdoses topped 100,000 for the first time ever, the vast majority from fentanyl, imported from China and Mexico across our southern border.” If Biden lifts Trump-era curbs on migrants entering the U.S., the number of illegals coming in will jump to 5 million or more per year.

“By the end of Joe Biden’s first term,” said Texas Lt. Gov. Dan Patrick, “nearly 20% of all Americans will be here illegally.” Mayorkas’ excuse for lying is that he works 18 hours a day. “When Republicans take back control of the House this fall,” Liz Peek suggests, “they should impeach Mayorkas and let him catch up on his beauty sleep.”

Not to be outdone, we have Biden’s Treasury Secretary, Janet Yellen. Listen to the Congressional hearings—Yellen sounds like a homeless person. Since Biden took over, the price of gasoline and other key commodities have doubled. “Not only did Janet Yellen fail to see any of this coming,” said Tucker Carlson, “Yellen more than any single person in America caused it in the first place. If you’re mad about the current state of the economy, Janet Yellen is the first person you should blame.”

When asked about inflation, Yellen originally predicted that, “Inflation, if it happens, will be transitory.” Now her excuse is that no one could have anticipated the record inflation that is plaguing Biden’s presidency. Liz Peek disagrees. Yellen caused rising inflation, says Peek, through reckless monetary policy. “Most economists agree that the Democrats’ $1.9 trillion American Rescue Plan spilled too much money into the recovering economy at the same time that we had goods shortages, sparking rising prices.” Why didn’t Yellen see it coming? And what is her response? “I do expect inflation to remain high,” Yellen says, “although I very much hope it will be coming down now.”

“Is that where we are,” asks Tucker Carlson, “very much hoping? In a functioning country, Janet Yellen would be in a retirement home. How can this person be our Treasury Secretary when we are in deep waters?” Carlson is not the only one who is angry. “I can’t think of a more inept Treasury Secretary over the past 30 years,” said journalist and media host Charlie Gasparino. “They spent trillions of dollars on nothing and they expected no inflation. It was the textbook recipe for inflation.” Peek’s conclusion: “Yellen turns out to be yet another shill for Democrats’ left-wing policies.”

And now we come to little Pete Buttigieg, our stalwart Secretary of Transportation. His qualification for the job? Buttigieg was mayor of a small town in Indiana. Joe Concha, writing in The Hill, calls this “amateur hour.” We have what Concha refers to as “a massive supply-chain breakdown exploding across the country that will impact every American, particularly the lower and middle classes. Restaurants, stores and small businesses that provide products and services to people will all be negatively affected as the cost to the consumer goes up.” What did Buttigieg do about it? “He took a months-long parental leave,” said Liz Peek, “after adopting twins with his husband.” Buttigieg attempted to defend his performance by saying, “We’re doing a lot.” He should have stayed out on paternity leave. The country would be better off.

Garland has made it clear that parents protesting the woke indoctrination of their children are domestic terrorists. He has directed the FBI and U.S. attorney offices to crack down on parents by characterizing their protests, which are completely legal, as crimes. "Attorney General Garland is weaponizing the DOJ,” said Florida Gov. Ron DeSantis, “by using the FBI to pursue concerned parents and silence them through intimidation."

Garland has referred to January 6th as an “invasion.” He said it was the most dangerous threat to American democracy ever. According to Steve McCann in American Thinker, Garland identified the protestors as “domestic extremists,” which has become a euphemism for Republicans. “He wants you to believe and wants history to record,” said Tucker Carlson, “that January 6th was an attempted insurrection by white supremacist revolutionaries bent on taking over this country. Because of January 6th, we must now use law enforcement and military force to arrest, imprison, and otherwise crush anyone who leads opposition to Joe Biden’s government. That’s their position,” said Carlson. “They say it out loud.”

I could stop now, but we have a large cast of contenders for runner-up. Energy Secretary Jennifer Granholm, for example. “Granholm’s credentials for the job appear to be that she has swallowed Biden’s climate agenda hook, line and sinker, and especially his affection for electric vehicles,” says Liz Peek. “It certainly wasn’t her deep understanding of U.S. energy markets. She apparently knows nothing about U.S. oil production or how world energy markets work.” She believes that climate is the nation’s number one challenge. “Granholm’s grandiose green plans were doubtless a hit in the faculty lounge at University of California, Berkeley, where she taught,” said Peek. “That’s where they, and she, belong.”

Defense Secretary Lloyd Austin deserves a nomination for overseeing what Peek calls “one of the most catastrophic military events in our nation’s history—the horrifically mismanaged pull-out from Afghanistan.” Austin’s participation contributed to the deaths of 13 U.S. service members and thousands of Afghans. Billions in war materials were left behind for the Taliban.

Let’s not forget Biden’s new Press Secretary, Karine Jean-Pierre. "If press secretaries reflect an administration,” says American Thinker, “Biden has just the right person in Jean-Pierre. She's driven by identity politics and otherwise knows nothing." Going forward, we can expect an avalanche of doubletalk and weak apologies for Biden's foul-ups. We can also expect a lot of divisive rhetoric about race, race, and more race.

Last but certainly not least is Biden’s pick for the Supreme Court, Ketanji Brown Jackson. In selecting Jackson, race and gender were given precedence over qualifications and competence. Her record of being lenient toward sex offenders, together with her dissimulating answers about “what is a woman” and critical race theory suggest that she does not belong on the high court. Where does she belong? With the rest of Biden’s third-rate choices. She will fit right in.

Ed Brodow is a conservative political commentator and bestselling author of nine books including his latest, America On Its Knees: The Cost of Replacing Trump with Biden. His website is www.edbrodowpolitics.com.