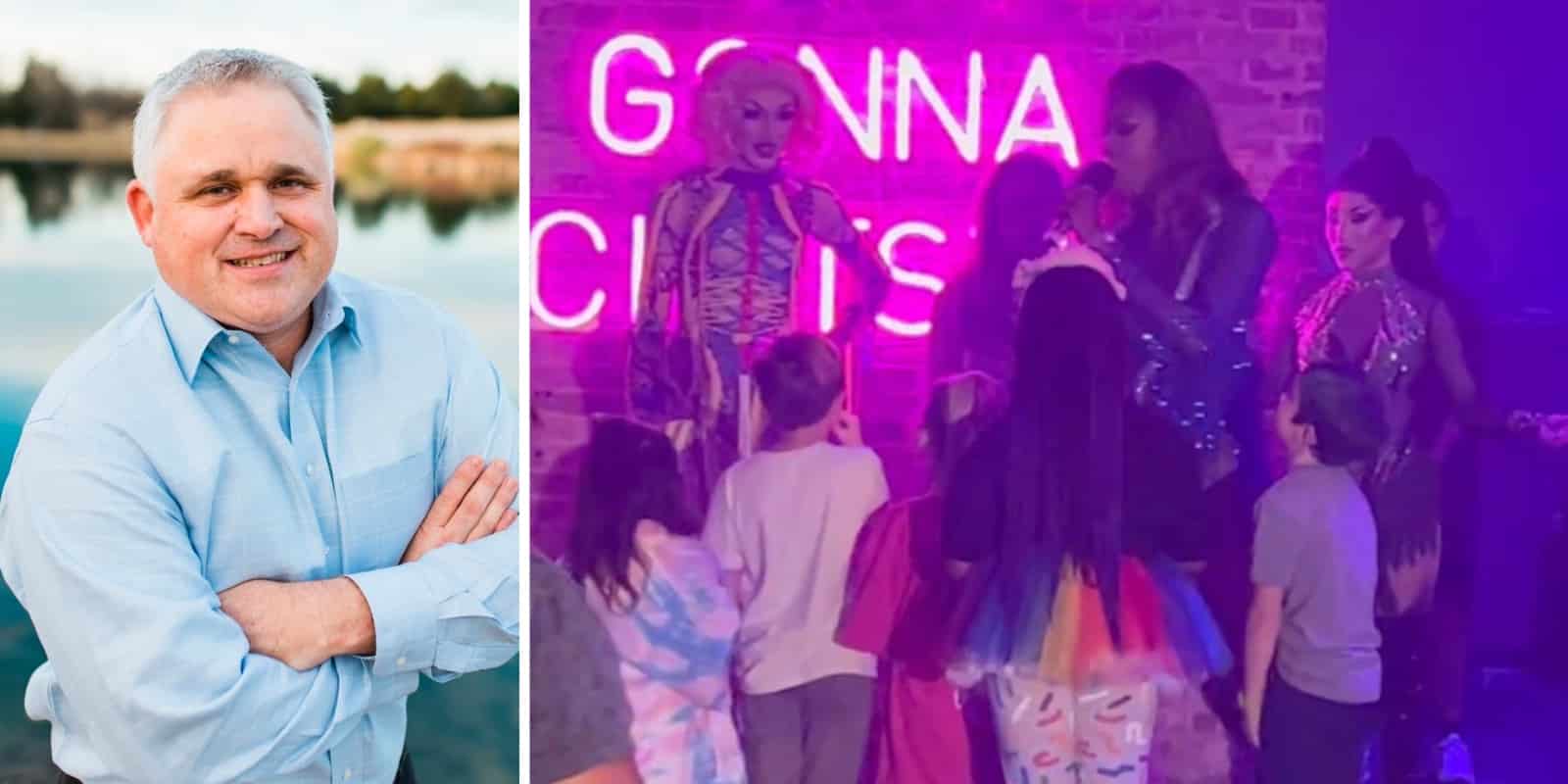 Texas State Rep. Bryan Slaton brought a bill on Monday to specifically bar minors from attending drag shows in his state. This comes after a weekend that saw protests and counter-protests outside a drag show intended for kids at a bar in Dallas.

"Drag shows are no place for a child," Slaton said. "I would never take my children to a drag show and I know Speaker Dade Phelan and my Republican colleagues wouldn’t either. I will be filing legislation to address this issue in the new [Texas Legislature.]"

"The events of this past weekend were horrifying and show a disturbing trend in which perverted adults are obsessed with sexualizing young children," Slaton said.

The State Representative is obviously not speaking in hypotheticals, as there was an event hosted on Saturday where kids were specifically singled out and invited to come see a drag show in a Dallas-area gay bar. The event was literally called "Drag the Kids to Pride."

"Following several news stories and videos over the weekend in which underage Texas children were subjected to inappropriate sexual content by adults, State Representative Bryan Slaton announced he plans to file legislation protecting kids from drag shows and other inappropriate displays as soon as the next legislative session begins," the letter reads.

Slaton issued a statement, reading "The events of this past weekend were horrifying and show a disturbing trend in which perverted adults are obsessed with sexualizing young children. As a father of two young children, I would never take my children to a drag show," he continued.

The state lawmaker also intends to fight "sex change therapies" for minors, saying that they are "child abuse." This goes along with what both Governor Greg Abbott and Attorney General Ken Paxton in the state have said previously when they initiated plans to investigate parents who facilitate medicalized gender transition for minors, including puberty blockers that stunt growth and natural development, gender mutilation surgeries, mastectomies for healthy girls, and cross-sex hormones.

"I promised my voters that I would stand up for their values and fight to protect Texas kids. I was re-elected on that promise and I intend to keep it by authoring legislation to defend kids from being subjected to drag shows and other inappropriate events. I look forward to working with my colleagues to pass this important legislation," Slaton concluded.

This article was originally published at The Post Millennial