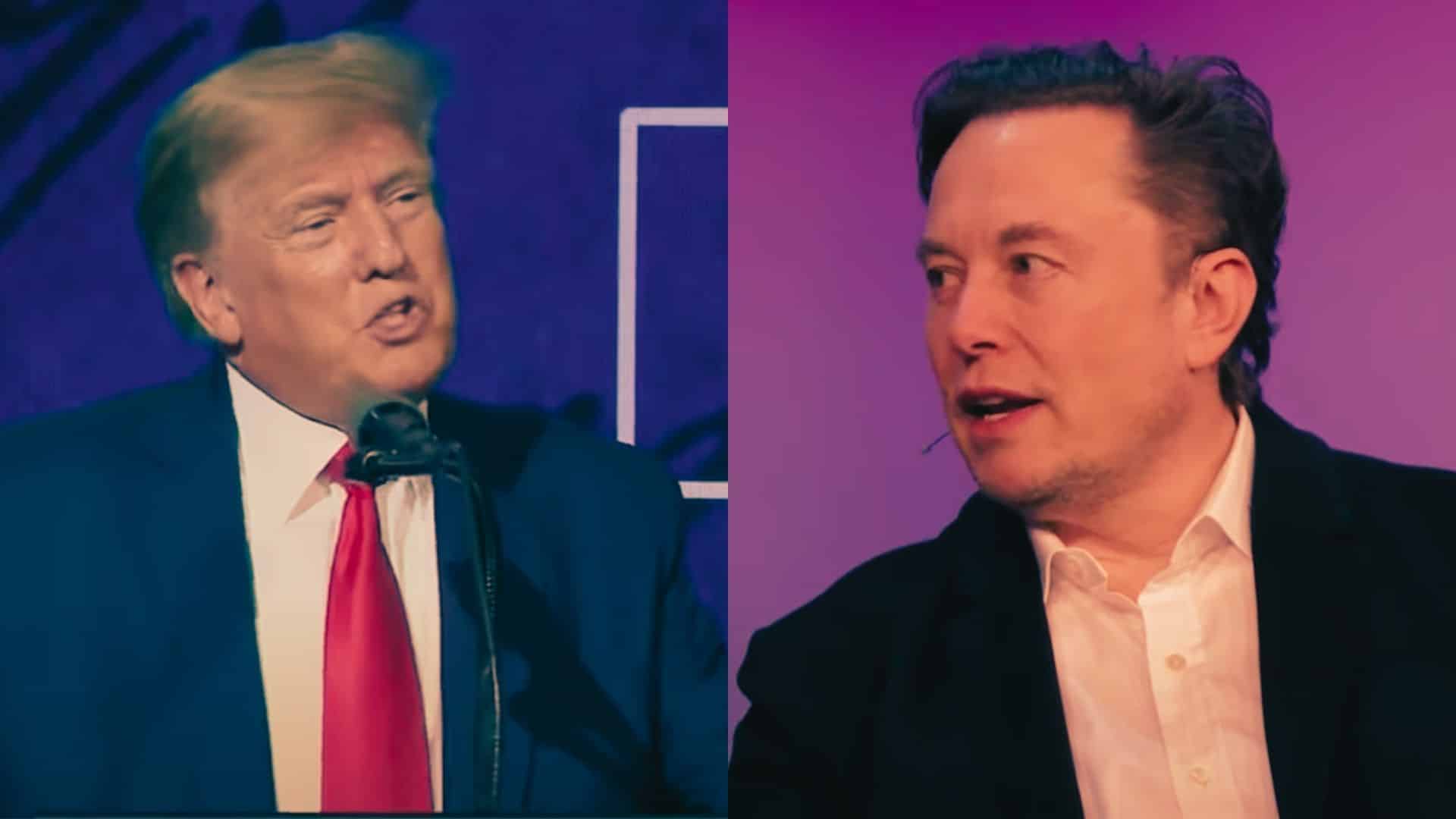 Whether former President Donald Trump decides to again seek the Oval Office, in the interim between any announcement (one way or the other), he is compelled to make a raft of political decisions.  These, in turn, spur and shape other political decisions and, of course, intensify speculation about the ultimate question of whether he runs in 2024.

While a host of observers have rightly focused on Mr. Trump’s primary endorsements, he has also made a less noted but very important political decision – one for which he deserves due praise.  For, as the latest Republican to hold the presidency and who is openly contemplating pursuing it once more, Mr. Trump must fulfill two crucial duties.  In his own inimitable way, he has.

Given the persistent disaster that is the Biden administration and its Democratic Congress, it is the duty of anyone seeking the GOP nomination for president to maximally build an electoral coalition to defeat it; and implement proactive solutions to the plethora of problems the Democrats have foisted upon the populace.  This duty is not to be confused with refraining from primary endorsements.  The leader of a party, especially one who is considering seeking the presidency, can use primary endorsements to both build his personal coalition to secure his party’s nomination and to concomitantly build that party.  After all, a party leader’s endorsed slate of candidates’ primary or general election failures little avail that leader and the party.  The party leader’s duty is to fortify and expand the party’s infrastructure – the grassroots, donor base, communications, etc. – and, thus, maximize its chances for victory.

Further, given the Democrats’ hatred of free speech, which they clearly view as “harmful” to the political prospects, it is further the duty of anyone seeking to be the national GOP standard to maximally promote the constitutionally recognized and protected free speech rights of all Americans.  It is free speech and the concomitant right of the freedom of conscience that the woke legion is hellbent upon destroying in their DIE cult’s (“diversity, inclusion, and equity”) drive to politically indoctrinate Americans in schools, workplaces, social media, and the entire public square.  For the future of the freedoms of speech and conscience, the stakes couldn’t be greater and the situation graver.

In his recent exchange with Mr. Elon Musk, one of the richest – if not the richest person in the world – Mr. Trump has threaded a needle, seizing the dual opportunities to maximally enhance his party’s coalition and promote free speech.

In the wake of his potential purchase of Twitter, Mr. Musk stated that as part of his desire to return that platform into a haven of free speech, he would remove the “permanent ban” and welcome back Mr. Trump.  In response, on Fox NewsMr. Trump politely demurred, and praised Mr. Musk: “I am not going on Twitter…  I hope Elon buys Twitter because he’ll make improvements to it and he is a good man, but I am going to be staying on Truth [Social].”  Of course, Mr. Trump couldn’t resist promoting his preferred platform as “much better” than Twitter: “[Truth Social] is much better than being on Twitter.  Twitter has bots and fake accounts…  [Twitter] became very boring because conservatives were thrown off or got off the platform when I left.”

Despite his mild critique of Twitter and plugging of his own platform, Mr. Trump both incrementally but surely furthered the cause of free speech and the prospect of building the GOP’s coalition.  While refraining from adding his voice to help restore free speech on Twitter – which he implicitly recognized – he did support Mr. Musk’s effort to reform the platform.  He also did so with kind words for Mr. Musk, who had increasingly shown his dissatisfaction with the Democratic Party and its radical agenda.

On April 27, in a brief Twitter thread Mr. Musk commented how “Truth Social is currently beating Twitter & TikTok on the Apple Store.  Truth Social (terrible name) exists because Twitter censored free speech.  Should be called Trumpet instead!”  At the time, showing the largely unacknowledged self-restraint which prevented his administration from following in the hawkish path of both his GOP and Democratic predecessors, Mr. Trump evidently viewed this as routine towel snapping between two captains of capitalism, and held his friendly fire – for now.

Then, on May 18, Mr. Musk tweeted his decision on which party to support: “In the past I voted Democrat, because they were (mostly) the kindness party.  But they have become the party of division and hate, so I can no longer support them and will vote Republican.  Now, watch their dirty tricks campaign against me unfold….”

Now, as the leader of the GOP, Mr. Trump threaded the needle he used to welcome Mr. Musk to the GOP.  In doing so, Mr. Trump had decided that, as the current leader of the Republican party, he would prioritize his duty to expand both his party’s coalition and promote and protect free speech over any interest he has in Truth Social.

“Gee, Elon Musk never told me that until now he only voted for Democrats. Actually, it was quite the contrary, but now it seems, with all of his problems with a probably illegal purchase of a crummy phony account loaded company, Fake Twitter, he wants to be a Republican because the Dems are a 'Party of hate.  I could have told him that a long time ago, but actually they are a Party of sickness, greed, corruption & absolute horrible policy.  Good luck Elon, have fun!!!”

First, Mr. Trump gives Mr. Musk political cover, by letting Republicans know that the latter had actually not solely voted for Democrats, which would lessen any GOP antagonism to the new, high profile convert to the cause.  Further, contradicting his previous hope Mr. Musk could “fix” Twitter, Mr. Trump warns his friend of the mess the due diligence process has uncovered within the platform.  Yes, it does please Mr. Trump to dump on Democrats and on Twitter, but Karma is what it is.  Later, on May 22, Mr. Trump further sounded the alarm to Mr. Musk about purchasing Twitter:

“I think Twitter is going down.  Bots, Spam, Fake Accounts (and more!), all add up to big trouble, but the biggest trouble of all for them is that, no matter how many times they may ask, or admit they were wrong, I will never go back on Twitter again - TRUTH IS BETTER!  Elon has no idea what he is getting into.  It’s a complete mess where users are fleeing, in many cases to TRUTH.  There is no confidence in Twitter anymore. It has become a dark, unfriendly and very boring hole.”

If Mr. Trump truly disliked him, he would encourage Mr. Musk to swan dive into the “dark, unfriendly and very boring hole” that is Twitter, if for no other reason than to take it out of the hands of the former president and his supporters’ censorious Leftist tormentors.

Importantly, he is not directly telling Mr. Musk to drop his purchase – though to do so would, ironically, almost further lock Mr. Musk into purchasing it.  Captains of capitalism don’t like being told what to do.  But by being upfront with Mr. Musk, even though it contradicts his initial encouragement to buy and restore free speech to Twitter, Mr. Trump has fulfilled his dual critical duties as the leader of the GOP.  He frankly assessed the purchase and still wished Mr. Musk well in his endeavor to return free speech to Twitter; and he continued his cordial relations with Mr. Musk, thus facilitating the latter’s path to acceptance within the GOP.

The importance of Mr. Trump’s implicitly vouching for Mr. Musk’s conversion to the GOP is no small matter.  Mr. Musk has taken political positions on issues, such as abortion, that are problematic to many Republicans, including yours truly.  But Mr. Trump recognizes building a winning coalition to restore sanity and self-government in our free republic is a matter of addition not subtraction.  Alienating anyone who chooses to aid our free republic in its time of dire need is counterproductive to our cause; an anathema to the principles of our Grand Old Party.

[Important note:  this is not to be conflated with endorsements in primaries, which is precisely where every party free determines who will be their standard-bearer for public offices.  Once the party has voted, it is full speed ahead united to defeat the opposition.  Sure, sometimes your candidate wins the primary, and sometimes they lose the primary.  But for those fond of internecine warfare after the primaries, you are dividing the party and doing the Democrats’ work for them.  Do our besieged republic a favor and go purge yourself.]

Further, it is the duty of the leader of the Republican Party to promote free speech, not frustrate attempts to restore it upon a gigantic social media platform.  As with building a winning coalition, free speech is patently a matter of addition, not subtraction.  If Mr. Musk fails in the goal of purchasing and restoring free speech to Twitter, the platform will remain; and will become an ever more powerful communications tool for the Left, which is why they are so desperately trying to stop its purchase. Thus, by ensuring Mr. Musk is under no illusions about the task he may likely undertake, Mr. Trump is aiding him.  After all, “yes men” are more dangerous to attaining a goal than are critics.

Given the damage daily being done by the Democrats to the American people, one should pause for a moment to recognize a positive development; and give Mr. Trump his due for threading his needle to fulfill two critical duties required by a GOP leader who, perhaps, may again become our nation’s leader.

But that is a decision for another day….