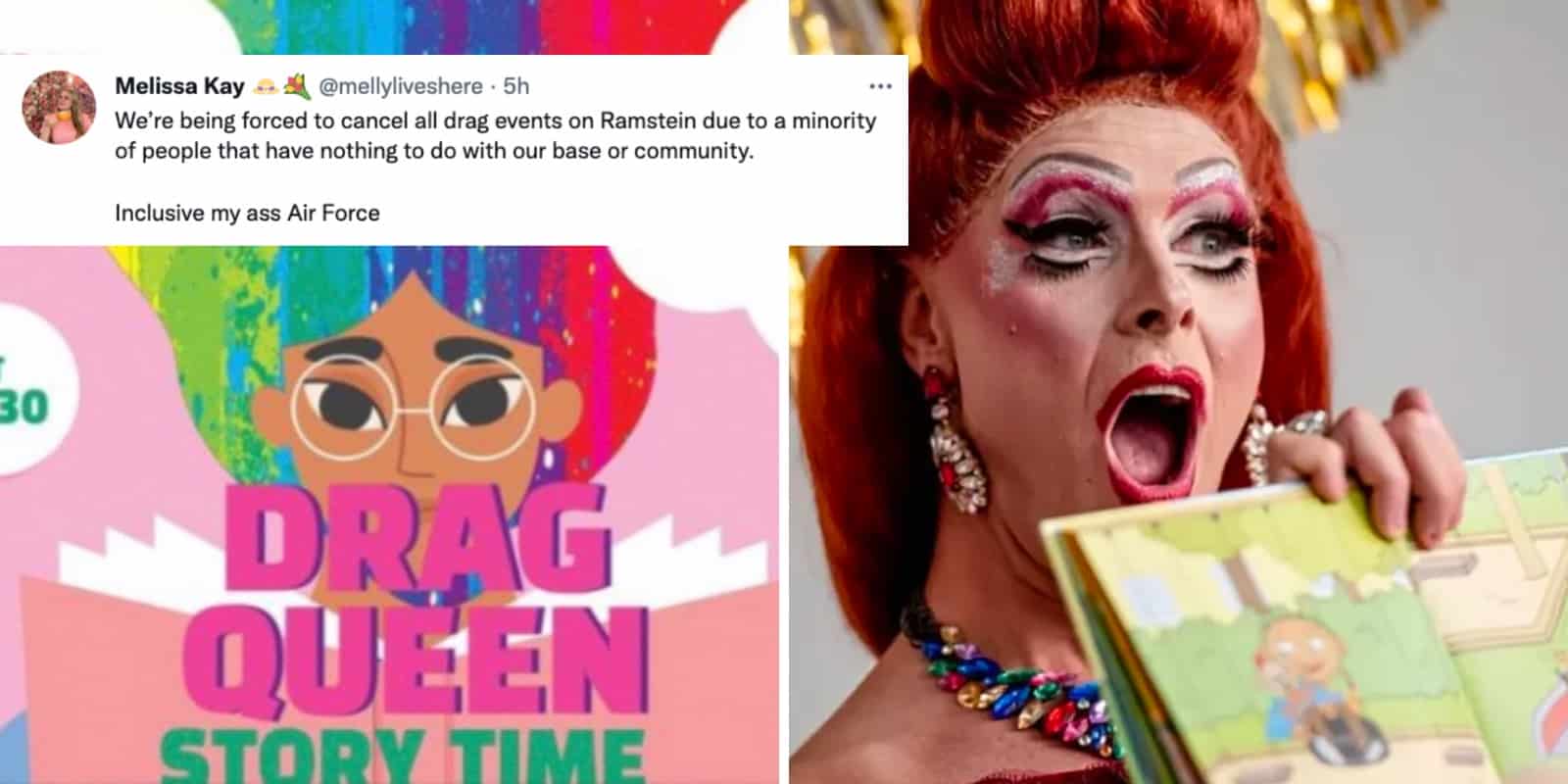 The library at the Ramstein US Air Force base in Germany canceled Drag Story Hour for kids after reporting from The Post Millennial. The base, on which 54,000 American service members are stationed, accompanied by more than 5,400 US civilian employees, had held a Drag Story Hour in 2021, and was slated to hold one again.

However, after reporting brought the plans to light, the 86th Airlift Wing told The Post Millennial that the plans were scrapped. "An advertisement was posted to the base library social media page before the event had completed Ramstein's established processes for special observance coordination and approval," the public affairs spokesperson revealed.

"The advertisement has been removed and the event will not take place. Ramstein leaders strive to foster a culture based on inclusion where all people are treated with dignity and respect, regardless of their political views, color of their skin, or sexual orientation. The base's established processes will ensure all future special observance events are properly reviewed and approved prior to advertisement," the spokesperson said.

"The advertisement has been removed and the event will not take place. Ramstein leaders strive to foster a culture based on inclusion where all people are treated with dignity and respect, regardless of their political views, color of their skin, or sexual orientation. The base's established processes will ensure all future special observance events are properly reviewed and approved prior to advertisement," the spokesperson said.

After the article came to light, a librarian from the base, Melissa Kay, responded to this writer, expressing their excitement, and saying that they are also excited about their plans for an upcoming Drag Karaoke and Drag Show, scheduled for June.

After the cancellation, Kay shared her dismay at the cancellation, writing "We're being forced to cancel all drag events on Ramstein due to a minority of people that have nothing to do with our base community."

Kay lamented the that the Air Force, despite their woke leanings in recent years, was not "inclusive" enough to have a story hour featuring cross-dressers for children.

The information about the event was brought to The Post Millennial from those who are in that base community.

After the cancellation, the libraries sent out a letter to the community, saying:

"Some disappointing news. Our drag queen storytime was written about in many online blogs in an extremely negative light, including misgendering me, calling the LGBTQ community groomers, and claiming we are sexualizing children. This story has been shared across social media and gathered a decent amount of attention.

"So much so that the Ramstein command decided to cancel all drag events on the base, including the storytime. Later, we were informed that the karaoke and June 11 show are tentatively allowed to continue under different names not referencing drag.

"We are deeply disappointed that discrimination like this continues to be tolerated and are working with LIT, MMAA, 86FSS, and others to find a solution," they wrote.

Additionally, they recommended that members of the community "voice your concerns" over the cancellation, and to "make your voice heard."

The Drag Queen Story Time for kids, hosted by the Ramstein & Vogelweh Air Force Libraries, was slated for June 2. The event announcement on Facebook read:

"We're celebrating Pride Month at the Ramstein Library with Drag Queen Storytime!" The event details read. "Join us with special guest reader Stacey Teed! Be sure to wear your brightest and most colorful outfits!"

When one potential attendee commented "I love this," the library responded "We think it's going to be great fun!"

The mom of a toddler who uses the library, and lives at the base told The Post Millennial that she was "shocked to see the Ramstein Air Force Base Library plans to hold an official drag queen story hour for children."

"I find it wholly inappropriate that the MILITARY of all places will be using public funds to sexualize children," she said.

After reporting from The Post Millennial on May 24, Senator Marco Rubio sent a letter to the Air Force as well, suggesting that drag shows were not appropriate entertainment for children.