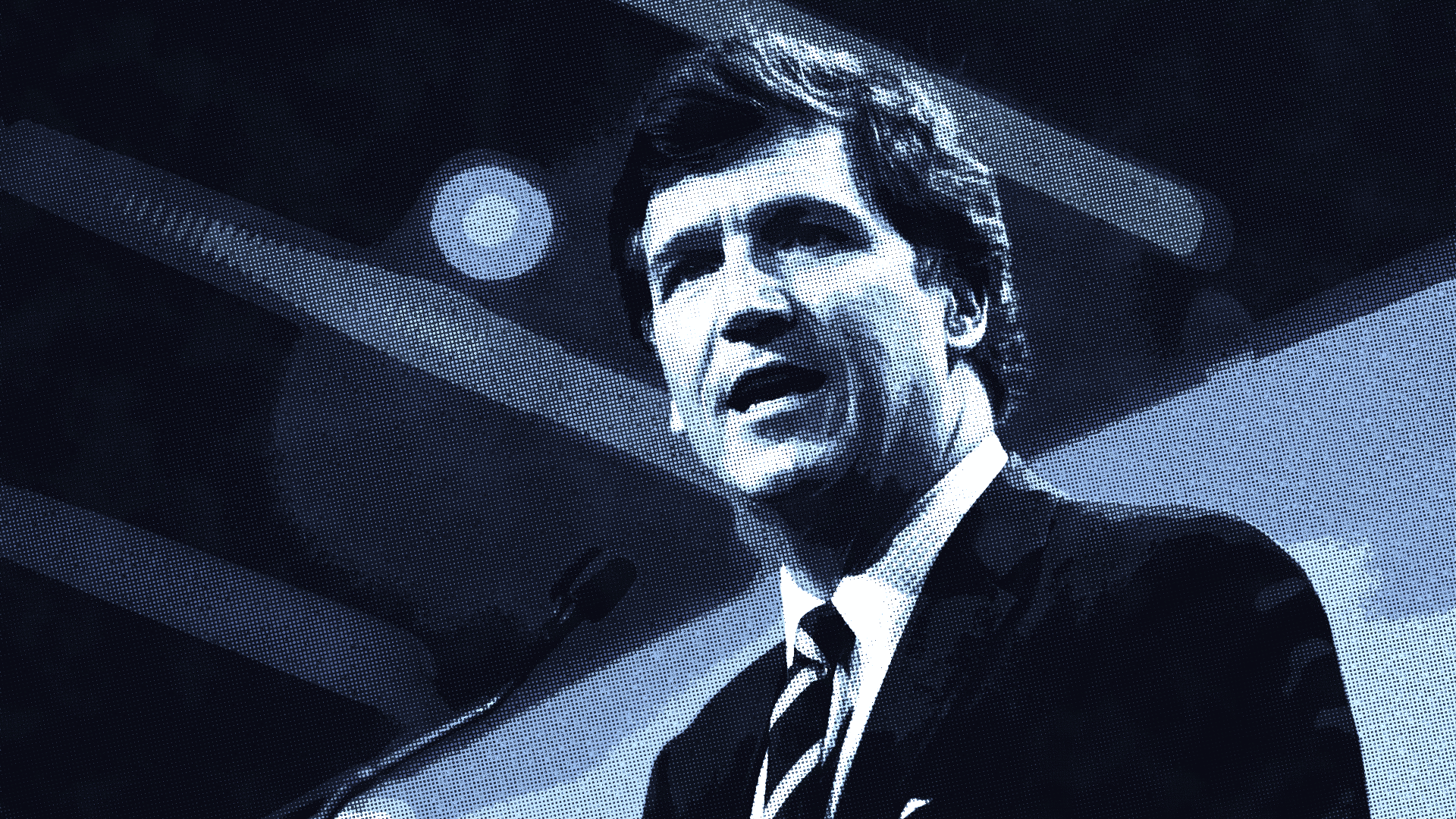 In 1950, an obscure senator from Wisconsin, announced that he had the names of 250 communists working in the United States State Department. Sen. Joseph McCarthy soon became a household name, smearing reputations, destroying lives and recklessly making accusations before he eventually overstepped himself and began looking for communists in the U.S. Army.

He never did reveal that list of 250 Reds in the White House.

Move to May 2022 and another senator claims to have evidence that Fox News host Tucker Carlson is responsible for the tragic Buffalo shooting that claimed the lives of 10 black people.

"According to one measure by the New York Times, Fox's top political pundit, Tucker Carlson, has spewed rhetoric that echoes replacement theory at least 400 hundred, 400 hundred times on his show since 2016. 400 times," Senate Majority Leader Chuck Schumer (D-NY) said Monday during a speech on the Senate floor. "This is a poison that is being spread by one of the largest news organizations in our country."

He had to say 400 three times just so we’d believe it. Does it matter that Schumer cited the New York Times instead of just pulling that number from the air? Not at all. The Times has routinely been a shill for the Democratic Party and buried the Hunter Biden laptop story so that it wouldn’t complicate the election of Joe Biden to the presidency.

Has Carlson ever preached this so-called “Great Replacement Theory” on Tucker Carlson Tonight?

Absolutely not. If he had, I wouldn’t have been watching.

Carlson consistently declares that all people are created by God and are equal and that nobody should be judged on the basis of the color of their skin. He has consistently attacked the Biden administration for its abject failure to defend the southern border against an invasion of illegal immigrants. His objection to this invasion has nothing to do with race; it has everything to do with the federal government’s willful disregard of national security and its brazen attempt to add to the Democratic voter list. He has never said that white people are being replaced by black or brown people.

This is a lie.

Do the Democrats promote Critical Race Theory – that is a racist concoction of nonsense? Absolutely.

But social media is aflame with slander against Carlson. I have never seen such an aggregation of hogwash and I have been watching – often with contempt and disregard – Twitter since its inception.

Hearken to the words of a man who lied for over a year about former President Donald Trump colluding with Russia to win the 2016 presidential election, who lied about having evidence to prove it and who continues to lie about Carlson.

“When he pushes racist conspiracies like “the great replacement,” he knows the risks.

“He knows some view his vile hate as a call to arms.

“The problem is Tucker just doesn’t give a damn about anyone but himself.”

A classic case of deflection. Who hasn’t given a damn about anyone but himself since he has been in Congress?

Or how about this tweet, from the corrosive Rick Wilson:

“The Buffalo killer’s manifesto reads like a job application for a junior producer on Tucker Carlson.

I know a senior producer on Carlson’s show and I hope he sues for defamation. Because this sort of commentary is beyond reason.

Clearly, the Democrats have found another way to divert attention from the border to their alleged replacement theory nonsense.

There is a meandering letter attributed to the alleged shooter Payton Gendron that does not exactly support the Democratic claims. The “manifesto” does not apparently mention Carlson but does criticize Fox News. The writer’s politics waver from far left to far right. The confused prose is mainly focused on blind hatred without any clear political objectives.

It is reminiscent of how so many on the Left continue to blame angry right wingers for the assassination of John F. Kennedy when his killer was in fact a confirmed Marxist named Lee Harvey Oswald.

But even “Meathead” Rob Reiner says it’s true in a tweet that might have been lifted from All in the Family.”

“The racist massacre in Buffalo rest at the feet of Donald Trump, Tucker Carlson, and the GOP. There are not fine people on both sides.”

President Joe Biden is running to Buffalo – no doubt to politically exploit the situation as quickly and as relentlessly as possible. He has finally found an incident that might demonstrate his absurd claims that white supremacy is the “most lethal” threat to America today. Where was Biden when a black man drove into a crowd of mostly white people in Waukesha, WI last December. Did he identify that as an act of racial violence or a hate crime? No, that didn’t fit the narrative.

And how many black people are dying every week in Chicago because an incompetent mayor named Lori Lightfoot has been a devastating failure in enforcing the law in that city? Biden has remained silent about the skyrocketing murder rate in America’s Democratic-run cities and its disproportionate effect on the black population.

So much of the vitriol on social media is demanding that Tucker Carlson be banned from the airwaves. This isn’t the first time that this has happened. Every time that Carlson addresses a “controversial” issue, his advertisers are pressured to withdraw their support and Carlson is threatened.

The Democrats have nothing to offer Americans at this point. They have a president who is barely coherent at times, who refuses to acknowledge any responsibility for surging crime, escalating gas prices, chronic inflation or an open border. He continues to demonize his opposition as violent extremists who present the worst threat to American society. His popularity continues to plummet.

He shamelessly and recklessly wields the race card as no other president in history – not even Woodrow Wilson – has ever done. The only hope that Biden and the Democrats have is to hopelessly divide America into the weakness of identity politics and engender an endless race conflict that breeds fear and contempt. The Democratic Party thrives on fear and contempt. It didn’t always do so. But it does today and it has little else in terms of strategic reserve to explore at this point.

Why aren’t the Democrats asking how an apparent madman was able to obtain a firearm and ammunition in a gun law obsessed state like New York? No, this immediately has something to do with Tucker Carlson and Fox News because the completely unreliable New York Times thinks there might be some connection.

In short, Tucker Carlson isn’t peddling anything remotely resembling the “Great Replacement Theory” but the Democrats are guilty as charged of promoting the vile racist doctrine of Critical Race Theory that teaches children that white people are oppressors and black and brown people are victims – for their whole lives. Democrats are guilty of preaching equity – promoting people on the basis of their race – at the expense of equality. Democrats are no longer color blind; they are color obsessed.

So let’s stop this dissonance and claptrap about Fox News and Tucker Carlson being the “Charles Manson” behind the Buffalo shooting. These are febrile political talking points, absent of any truth, thinking or contemplation.

But when the Democrats are as desperate as they are, don’t bet on reason, temperance or fairness.