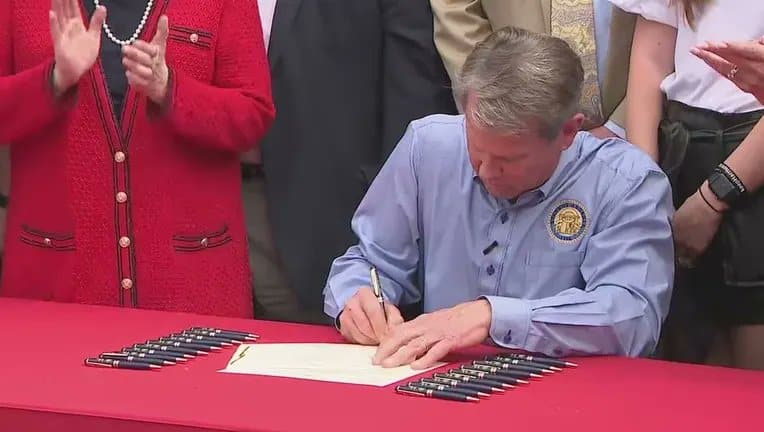 Georgia Gov. Brain Kemp signed a bill into law Tuesday immediately allowing most residents in the state to carry a handgun without a permit.

It allows residents to carry a concealed firearm without a license, with the exception of convicted felons or those who have been treated for certain mental health issues in the last five years.

Kemp said that the new law allows Georgians to “protect themselves without having permission from your state government.”

“The Constitution of the United States gives us that right, not the government,” he said.

Georgia state Republican Sen. Jason Anavitarte, a sponsor of the bill, said during the signing ceremony, “Today was a victory for the safety, security and constitutional rights of hardworking Georgians.”

“This bill is about self-protection and self-empowerment,” said Anavitarte. “It’s about disincentivizing criminals and empowering law-abiding citizens to defend themselves and their families.”

Background checks will still be required when purchasing a handgun from a store or a dealer.

“People don’t have to carry if they don’t want to,” Kemp told reporters on Tuesday. “But this is a constitutional authority that people have, and they certainly shouldn’t have a piece of paper from the government to be able to legally carry a weapon.”