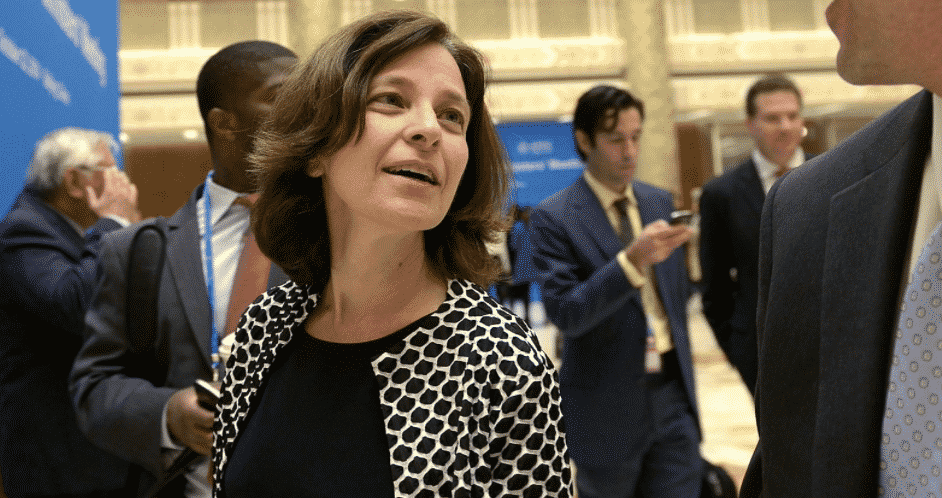 A group of 25 state financial officers called on Biden to rescind his Federal Reserve nominee over her “radical” policy positions.

The top financial officers of the states argued in a Monday letter to Biden that Sarah Bloom Raskin would put the country’s financial and economic stability at risk to achieve her “preferred social outcomes if confirmed.”

“As State Treasurers, Auditors, and financial officers, we write to express our strong disapproval of Sarah Bloom Raskin as your choice for Vice-Chair for Supervision at the Federal Reserve Bank. We urge you to withdraw her nomination,” the letter stated.

“We, the undersigned, oppose Ms. Raskin’s radical banking and economic views and are deeply concerned that she would use the supervisory authority as Vice-Chair for Supervision at the Federal Reserve Bank to disrupt the private banking sector, reliable energy supplies, and the U.S. economy,” they added.

Raskin - who Biden announced as his nominee for vice chair for supervision of the Board of Governors of the Federal Reserve System on January 14th - has previously supported allocating capital and portfolios towards “sustainable investments” and away from fossil fuel projects.

In June, she even argued in favor of penalties for banks that serve fossil fuel companies.

“Policies advocated by Ms. Raskin would place the U.S. reliable energy supply at risk,” the state financial officers argued in the letter.

Raskin is set to appear before the Senate Banking Committee on February 3rd for her confirmation hearing.