Linguistic Weaponry and the Rhetorical Mechanics of “Let’s Go Brandon!” 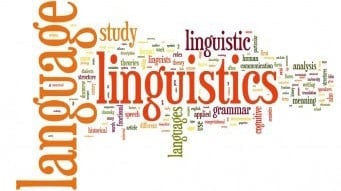 By now, many readers are aware of the gutsy prank that an Oregonian named Jared Schmeck played on Joe Biden and the First Lady during the Holiday break. Schmeck’s family has a Christmas tradition where they call NORAD to determine how close Santa is to their home. This year, the operator explained to Schmeck that the President was taking some of the phone calls and offered to patch him through. Expecting a pre-recorded message, Schmeck was surprised to find that Biden himself was indeed on the line. As the call came to a close after some holiday banter, Schmeck said “Merry Christmas and…Let’s Go, Brandon!” In keeping with his chronic mental vacancy, the President responded “Let’s Go, Brandon! I agree!” Dr. Jill Biden raised her eyebrows, apparently impressed by the audacity of the caller.

For those who are unfamiliar with the phrase, “Let’s Go, Brandon!” has become a rallying cry for those opposed to Biden and his agenda. Only a few months after the inauguration, as the nation sat in stunned awe of the new administration’s remarkable ineptitude, crowds across the nation began impromptu chants of “Fuck Joe Biden” at public events. Personally, I use very little profanity and I still hold to the old idea that even if you can’t respect a particular President, some respect is owed to the office. But over the course of decades, the left has worked aggressively to normalize the practice of telling the President to fuck off (when he isn’t a Democrat). Their victory was consolidated when Trump’s ascendancy brought with it a 4-year tsunami of vulgarity from leftists of all stripes, bravely “speaking truth to power” by inexplicably telling others to do to Trump what Stormy Daniels did.

But only months after Trump’s exit, leftists lamented the new norm they created: they were aghast at Americans’ lack of decorum in speaking of the President. Wherever calls of “Fuck Joe Biden” arose, there were efforts undertaken to distract from them, avoid broadcasting them, or otherwise silence them. Then, in the aftermath of an October auto race, as the victor Brandon Brown was interviewed on a television broadcast, the crowd began the familiar chorus of “Fuck Joe Biden.” In a predictable effort to redirect attention from Biden’s failure to the matter at hand, the interviewer said “And you can hear the chants from the crowd: ‘Let’s Go, Brandon!” In that moment, a meme was born.

Ever since, rather than chant “Fuck Joe Biden,” crowds have preferred “Let’s Go, Brandon!” This brought an army of leftist scolds in journalism infotainment to lecture Americans about what a grievous violation of norms these chants represent, and what an alarming threat they pose to Our Democracy. The trend has been driving the very smart people who run our society absolutely crazy – which, of course, only adds to the fun. But as a professor who studies persuasion, I am intrigued by the popularity and effectiveness of “Let’s Go, Brandon!”, which indicate that it has a unique rhetorical force. Understanding the power of the phrase and the way that it inflames such anger highlights the importance of tactical uses of language in our broader ideological war.

“Let’s Go, Brandon!” as Commentary on the Media’s Obliviousness

When the interviewer coined the slogan at the racetrack that day, she directed it at Brandon Brown – a winner. But we know she hadn’t simply misheard the chant of the crowd in the aftermath of his victory. Crowds call out “Let’s Go!” in the heat of competition. You hear them in the ninth inning when your team is coming up to bat down by a run. They arise in a tied game, during a time-out in the final seconds before an attempt at a game-winning field goal. “Let’s Go!” is a voicing of hope and solidarity – a faith in the power of positive thinking when the future is uncertain. In essence, then, as the NASCAR crowd was in fact repeating an expression of disapproval, what the media reporter heard was an affirmative expression of hope that was somehow happening in the moments following a great victory.

In some ways, this is a parable for the media coverage of Biden’s presidency in general. No matter how badly the administration bungles the task of governance – whether in fighting COVID, withdrawing from Afghanistan, stemming the influx of illegal immigrants, etc. – the press sees a litany of successes. And as the public expresses dismay over Biden’s political helplessness, the media hears something else entirely: expressions of solidarity and hope from a nation that is actually disapproving, fractured, and defeated. As the crowd denigrates the loser, Biden, the media hears adulation of the winner, Brandon.

Biden as Cipher; Brandon as Alter-ego

Well, there are actually two personae that live inside the President. There is Joe Biden: the incapable, aging, confused, influence-peddling, career politician who “won” the election in 2020. Then, there is Brandon. Brandon is the Biden that the media wants us to see. The one who has brought us the best economy of any first-year president in the last 50 years.  Brandon also refers to the Biden who every once in a while (accidentally, of course) does something sensible and out of character. The Biden who reinstitutes the Remain in Mexico policy. The Biden who finally realizes that there is no federal policy that can beat Covid. This Brandon is, in some sense, the Biden of conservative America’s optimistic imagination: a Biden that doesn’t hate them, a competent Biden, a Biden who doesn’t say crazy things all the time. Americans are an optimistic people. They love an underdog. And they are forgiving. “Let’s Go, Brandon!” is the expression of each of these qualities: despite the flailing and failure, despite the odds, we’re still pulling for Brandon to pull off a miracle and complete his term before he completely destroys the nation.

The Semantics of “Let’s Go, Brandon!”

Certainly “Let’s Go!” is a statement of hope and optimism. But this first part of the phrase has other subtle meanings. It also implies “Let us go, Brandon!” This hints at the burdens that many Americans at the hands of Biden’s administration: the inflation, the vaccine mandates, the minutes watching him attempt to answer questions as we wonder “What the hell is he talking about?” The people who suffer these burdens want to be let go – to be freed from the political and economic restrictions imposed by Biden’s agenda.

Another implied meaning of the phrase expresses exhaustion and impatience. “Let’s go!”, in the sense that you might say it to your six-year-old when you’re ten minutes late for an appointment and you’re asking a third time for the child to put shoes on. Biden’s first year in office has been nothing if not a test of the nation’s patience. Watching him try to find his way back into the White House is frustrating. Waiting for him at stop babbling and actually address the substance of the question before him is an exercise in restraint. This is to say nothing of waiting for him start working with Congress in meaningful ways to hasten the passage of legislation that might address some of the country’s many problems. “C’mon, Brandon! Let’s go! Let’s get moving!”

Joe Biden himself is the primary intended audience for “Let’s Go, Brandon!”, but a secondary audience is the leftwing corporate media – it is a commentary on their misrepresentations, their hypocrisy, and their censorious attempts to control the public discourse. The American public didn’t invent “Let’s Go, Brandon!” – a member of the corporate media did. When Trump was President, it was perfectly acceptable to use vulgarity in reference to the chief executive. In fact, it was an indication of the speaker’s righteous indignation and moral commitment to justice and democracy. But when a Democrat was seated in the office, telling the President to fuck off became an egregious assault on norms, a threat of physical violence, or the sign of an impending insurrection. Thus, when “Fuck Joe Biden” was heard by the reporter, she negated the phrase, replacing it with an utterance that was affirmative, acceptable, and ideologically neutered. When Americans say “Let’s Go, Brandon!” they are merely restating a phrase permitted by the media as representatives of the state.

“Let’s Go, Brandon!” replaced “Fuck Joe Biden” precisely because the former is what the media and the state will allow them to say. By repossessing the phrase (reclaiming an utterance that was designed to silence or erase their expression of their anger and frustration), the people chanting “Let’s Go, Brandon!” make a very subtle commentary on the terms that govern the public dialogue. Leftists can do what they want and say what they want. When they burn down cities, the media will report the event as “mostly peaceful.” When the identity of a murderer in Kenosha is inconvenient for the left’s narrative, the racist tweets of the perpetrator will be minimized and suppressed. Emails showing the son of the former-Vice President engaged in influence-peddling will be disappeared so as not to interfere with the coronation of a left administration. Cable “news” “personality” Joy Reid – who posted a variety of insensitive homophobic tweets – remains on Twitter. I was suspended for two weeks because I tweeted that Joy Reid is cognitively-impaired. “Let’s Go, Brandon” is an acknowledgement and demonstration of the privilege that the political left enjoys in public life.

Interviewing Schmeck about his prank, Steve Bannon suggested that “Let’s Go, Brandon!” “summarizes a political philosophy.” This seems like a stretch to me. Schmeck himself is closer to the truth when he says it captures the “entirety of our frustration” with life under Biden and the leftist oligarchy of which he is the figurehead. Schmeck also says that he thought the prank was “pretty darn funny.” This is the root of the outrage caused by “Let’s Go, Brandon!” and the source of its political efficacy.

Power demands respect. In other words, true power inspires fear in those who don’t possess it. The institutional left believe they possess great political power, and they will approve a limited range of emotions that may be expressed by dissidents in relation to their power. Their opponents may be angry. They may be sad. They may be indifferent. They may be scared. But they may not be joyful. They may not be playful. They may not be fearless. It is the joyousness and playfulness and boldness of “Let’s Go Brandon!” that the ruling class and their acolytes despise. These emotions represent a lack of fear which calls into question the legitimacy of their power. Indeed, yelling the chant even questions whether they truly possess that power at all. This kind of insolence and belittlement cannot be tolerated. And yet neither can it be silenced. Let’s Go, Brandon!

Dr. Ellwanger is a tenured professor in the English department.  He received his PhD in English in 2009 from the University of South Carolina, where he specialized in rhetoric, composition, and critical theory.  In addition to teaching freshman writing courses, Dr. Ellwanger teaches undergraduate courses in rhetoric and composition.
He now serves as the Graduate Director of that program and teaches some of the foundational courses for UHD’s M.A. program in Rhetoric and Composition.
Biden, Let's Go Brandon, linguistics
200301
N/A by N/A is licensed under N/A