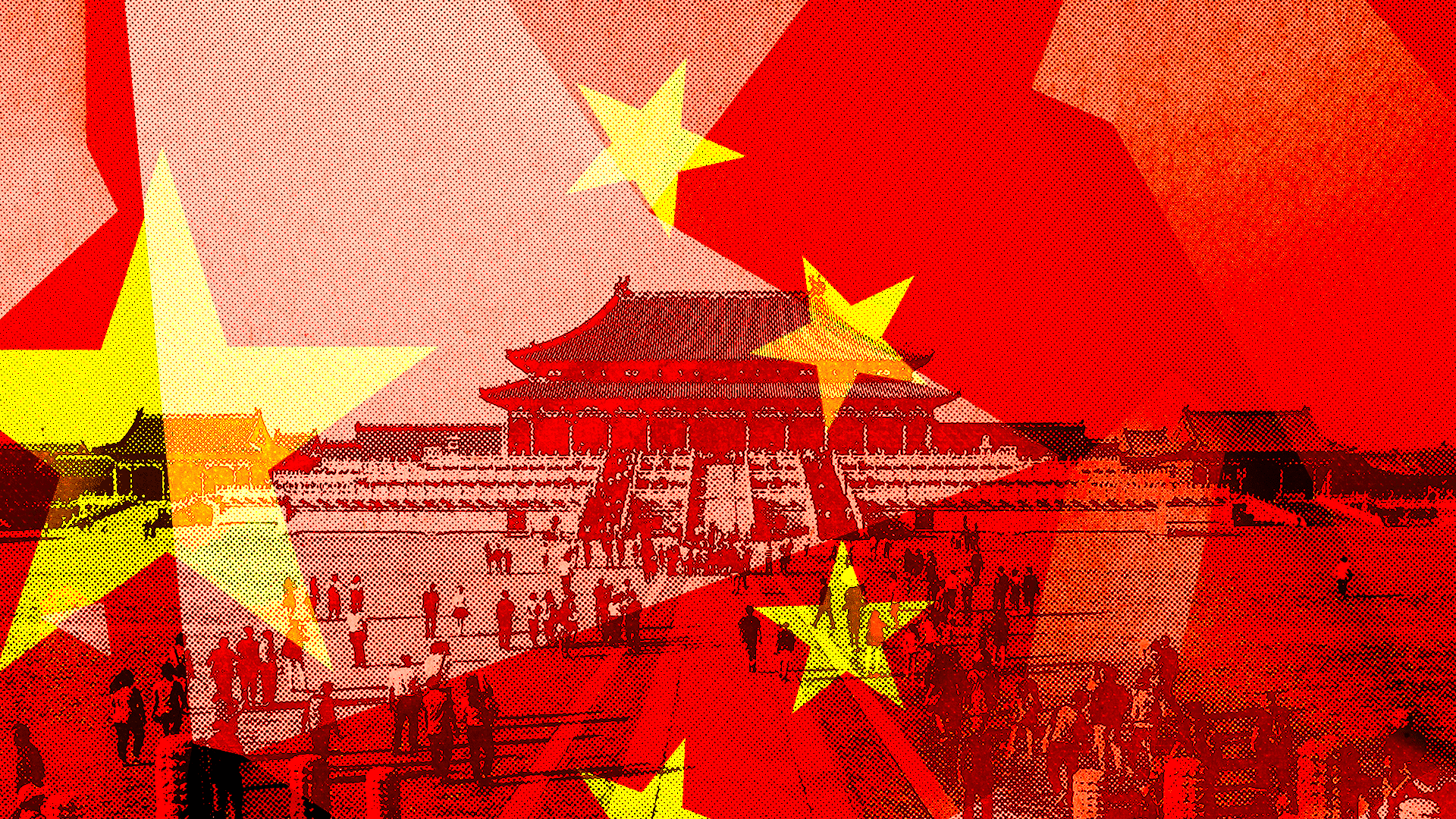 Within American foreign policy’s goals of protecting and promoting our strategic interests, there is a continuing tension of how to prioritize human rights.

Realpolitik proponents deemphasize human rights, believing all is fair in the Machiavellian international arena.  A renowned proponent of this school is Henry Kissinger, who argued, “America has no permanent friends or enemies, only interests.”  A more profane expression of this thinking is the old adage, “He may be a son of a bitch, but he’s our son of a bitch.”

Human rights proponents can credit former President Jimmy Carter for bringing them to the fore of U.S. foreign policy during his administration.  As Carter explained at the time, his administration’s “policy is rooted in our moral values, which never change.  Our policy is reinforced by our material wealth and by our military power.  Our policy is designed to serve mankind.”  A more profane expression of this thinking is, “He may be a son of a bitch, but he’s not our son of a bitch – anymore, anyway.”

In this tussle, neither side has been able to claim victory.  To varying degrees, both schools of thought still nod the cap to the other when announcing and implementing foreign policies.  It is a politically sound approach (though the results can be anything but sound).  Realists don’t wish to appear callous to human rights; human rights advocates don’t wish to look weak in protecting Americans and our interests.  What neither side realizes is their contest has been rendered moot by American and western multinational corporations –

Bringing realpolitik along for the ride overseas, multinational corporations left “woke” politics at home to cover their globetrotting tracks in the quest for ever greater profits, in which greed’s human toll was simply the low cost of doing business with – and doing the bidding of – tyrants.

Obviously, advocates of international human rights guiding American foreign policy are ignored, if not outright disdained by the multinational corporations.  But so, too, is the realist school of foreign policy, because the multinational corporations also ignore the strategic interests of the United States in their lucrative dealings with repressive regimes.

Consider the multinational corporations’ feeding frenzy surrounding the impending Beijing 2022 Olympics.  Like Berlin’s Nazi Olympics in 1936, the world is being told to ignore the hideous reality of a totalitarian regime.  As the United States Holocaust Memorial Museum starkly records:

“For two weeks in August 1936, Adolf Hitler's Nazi dictatorship camouflaged its racist, militaristic character while hosting the Summer Olympics.  Minimizing its antisemitic agenda and plans for territorial expansion, the regime exploited the Games to impress many foreign spectators and journalists with an image of a peaceful, tolerant Germany.  Having rejected a proposed boycott of the 1936 Olympics, the United States and other western democracies missed the opportunity to take a stand that contemporary observers claimed might have restrained Hitler and bolstered international resistance to Nazi tyranny.  After the Olympics, Germany's expansionism and the persecution of Jews and other ‘enemies of the state’ accelerated, culminating in World War II and the Holocaust.”

The difference is that in preparation for Beijing’s Genocide Olympics in 2022, communist China isn’t bothering to put lipstick on its totalitarian pig.  To the regime and its realpolitik corporate sycophants, censorship and propaganda will suffice to serve their mutual aims of more power and more profits.

As reported by Breitbart:

“Human Rights Watch (HRW), says China is still one of the worst abusers of human rights in the world.  In its 2018 report, the group reported that China has ‘dramatically stepped up repression and systematic abuses against the 13 million Turkic Muslims, including Uyghurs and ethnic Kazakhs, in China’s northwestern Xinjiang region…  Authorities have carried out mass arbitrary detention, torture, and mistreatment of some of them in various detention facilities, and increasingly imposed pervasive controls on daily life.’”

There are also grave concerns regarding the Chinese regime’s maltreatment of the people of Tibet and Hong Kong.

Yes, for various reasons including human rights (but not for unleashing, covering up, and ensuring the spread of COVID), some governments are “diplomatically boycotting” Beijing’s Genocide Olympics – such as the U.S., Britain, Canada, New Zealand.

While the Beijing regime has gone through the motions of being offended and emotionally bereft at not being able to fete and cater to every whim of their free world political counterparts, this is but tawdry political theater.  For all is well, so long as the corporate top dogs remain China’s lap dogs; and the bottom line remains intact.  As the BBC reports: “Thomas Bach, president of the International Olympic Committee (IOC), has said that, despite the growing number of political boycotts, the IOC was pleased that athletes would still be able to take part.”

Limply muttered by the current crop of overindulged and underwhelming free world officials, “Xi, it is the least we could do” has nowhere near the stirring resonance of President Ronald Reagan’s, “Mr. Gorbachev, tear down this wall!”  Consequently, unless you were eagerly awaiting Antony Blinken and Jake Sullivan in doubles luge, the Beijing games will proceed apace –

And so will the Uyghur genocide.

Over three decades after he left office, one can understand the Left’s need to revile President Reagan, pausing only when it can cynically use him as a cudgel against other, more contemporary Republicans.  Unconscionably, however, it has become en vogue in some young Right-wing quarters to claim the “Reagan Revolution” is dead, its corpse offering little but a wistful, wasteful nostalgia.  It is not the purpose here to explain why they are dead wrong.  Rather, it is to show how President Reagan’s blending of realpolitik and human rights into an unbreakable commitment that provided the impetus to end the myth of a “détente” with a totalitarian regime; and emancipate tens of millions of souls from the chains of Sen. Bernie Sanders’ beloved Union of Soviet Socialist Republics.

When President Reagan rightly declared the Soviet Union was an “evil empire,” the tony elitists of the fetid fever swamps of Washington, D.C., the legacy media, Wall Street, and corporate board rooms all derided him as deranged, dangerous, idiotic, and all of the above.  Yet, President Reagan’s statement received a vastly different reception by those who knew better than anyone that he was right.  In 2008, the former Soviet dissident Natan Sharansky movingly explained his reaction and those of his fellow prisoners of conscience:

How could Sharansky and his fellow dissidents see this when so many smug western elitists couldn’t?

“We dissidents knew that through all our struggle, we knew that Soviet society looks powerful, ugly, aggressive, but it's extremely weak from inside. we were predicting the Soviet Union will fall and will fall very quickly if only the free world will realize how weak it is....  How weak is a society which is keeping its own people in prison?  Which is not permitting freedom of word and expression?

“And that's why that when finally, not another politician, but the leader of the free world, called Soviet Union an evil empire and says that communism will end up on the dust bin of history, we knew that now, that will really happen.”

Fortunately, for the dissidents and all who were in ensnared and enslaved under the Soviet Union, Reagan empathized with their plight and fought for their freedom.

“But what was needed.... the strong leadership of the leader who believes that it is morally wrong to support Soviet Union while Soviet Union is violating human rights and also who also understood that it is very important for the security of the free world.  Because in the end, what is important for the stability and the security of the world, is how the governments are treating their own people.  And those who don't respect the rights of their own people, will never respect the rights of the neighbors…

And Reagan did it by wedding the tenets of realpolitik and human rights into a coherent foreign policy strategy:

“[Reagan] understood that there is no difference between moral principles and our interests, the interests of the security of the world.  And he linked it together.  And he did it with consistency.  He did it very firmly.  You understand? That was the greatness of the president.  He could be engaged, he could be very friendly, he could be very charming but he was not ready to sacrifice the sacred principles and he understood that on standing on these principles, you could make the world more secure.”

But that was when the free world had leaders with morality, clarity and courage.  Today, we have but puissant cabals of corporate rent seekers who have turned public offices into impotent sinecures for their flaccid stooges.

So, beneath the commercial cacophony of the Beijing 2022 Genocide Olympics, through the din of apologias for this vile new evil empire, from the regime’s concentration camps you won’t hear the sound of dissidents’ hope whispered through tubes and toilets or tapped in Morse code through dank walls.

You will hear snickering captors taunting and tormenting the imprisoned, persecuted Uyghurs with recitations of the global elite’s media paeans to the genocidal Beijing regime.  The Uyghurs’ hopes for recognition and deliverance cruelly dashed again.

Then, wafting from the balcony of a well-stocked and well-secured corporate suite to mask and mute the guttural groans of their genocidal bondage, the Uyghurs will discern the faint, predatory tittering of the amoral multinational corporate masters of the universe as they lift their crystal champagne glasses to toast themselves: “We may be sons of bitches, but we’re rich sons of bitches.”

And they’re China’s sons of bitches.

May God forgive these kowtowing corporate masters of the universe, for when the genocidal communist Chinese regimes implodes, the Uyghurs won’t.