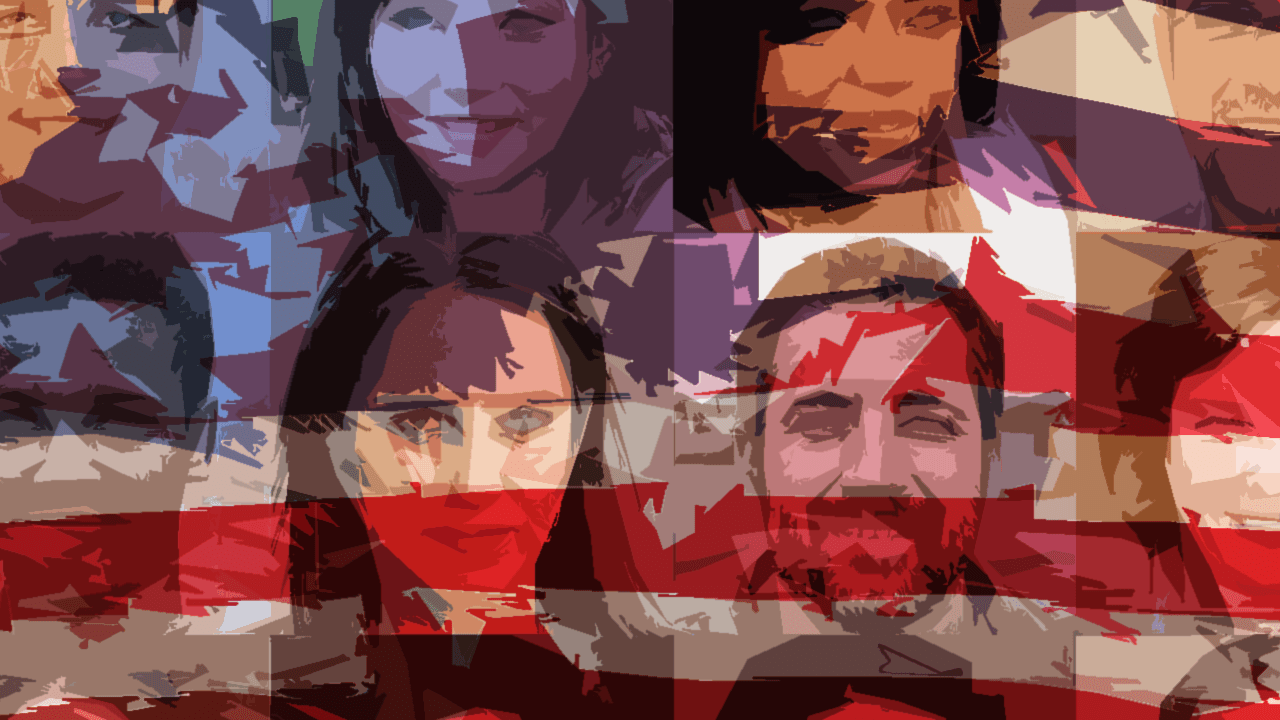 “Destructively Embracing Identity” is a far more appropriate meaning for the acronym DEI than the customary abbreviation for “Diversity, Equity, and Inclusion.” Though once well intended, DEI has become a radical movement: the soldiers being the proliferating academic deans and human resource staff focused on policing every aspect of conduct and speech; and the generals, the pundits, activists, politicians, and elites, typically unaffected by the consequences of the movement. This army of DEI staff in educational, business, and government institutions have now gained oversight of decisions far beyond their competence or proper purview.

A destructive and divisive view of a very heterogeneous society...

A recent article in this publication has explained how even modest criticism of DEI has become a canceling offense, as in the case of University of Chicago professor Dorian Abbot. Yet modest criticism is insufficient. The DEI movement has become blatantly racist—by the definition of the word—judging people not as individuals, but by the alleged characteristics or stereotypes of their identity groups. It is a significant contributor to the current anti-white and anti-male zeitgeist by virtue of its expansive focus on all people “of color” (i.e., non-white) to create the broadest possible coalition of supporters.

This is a destructive and divisive view of a very heterogeneous society, a perspective whose most important distinctions involve differences of group affinity rather than individual merit or idiosyncrasies. The emphasis on group identity is seemingly intended to entrench the power of DEI and its proponents, rather than embrace the idea of the “inclusion” that is in DEI’s very name.

THE FALLACY OF “EQUITY”

DEI’s core premise is that equal opportunity is insufficient to achieve social justice—a concept with its foundation in the Marxist ideal of a classless society—and that only by enforcing proportional outcomes based on identity will such justice be achieved. This is DEI’s “Equity,” a perverse interpretation of classlessness that justifies inequitable treatment based solely on one’s immutable traits or identity group “membership,” and that seeks to neutralize any natural advantages that might allow an individual to rise above the crowd.

The movement thereby rejects basic principles upon which the United States was founded and have guided us for 250 years. Our republic is based on the sanctity of the individual’s inalienable rights, including equal treatment under the law—any law. Nowhere do our governing documents grant one ethnic or racial group preference over any other, regardless of their history or representation in any statistical category.

Proportional outcome has never been guaranteed.

As if to defy these principles, DEI proponents advocate explicit quotas on behalf of their designated disadvantaged groups—their view of “equity.” In 2018, former Governor Jerry Brown signed a bill requiring that all publicly traded corporations headquartered in California include at least one woman on their boards of directors, "part of an effort to close the gender gap in business." The constitutionality of this bill is still, and rightly, in dispute. Quotas are not new, but have a long history of failed attempts to alleviate historic disadvantage. An early example of quotas is found in immigration law, but that was largely reversed in 1965. The U.S. Supreme Court then effectively outlawed racial quotas in 1978 for universities. Many other forms of quotas have been deemed to violate the equal protection guarantees of the 14th Amendment or have been explicitly banned by the Civil Rights Act of 1964. Courts have expanded on this recently in responding to COVID-19 vaccine distribution. Proportional outcome has never been guaranteed.

Nevertheless, DEI essentially declares that an organization is morally obligated to elevate the physical appearance and demographic profile of its personnel over effectiveness. For them, identity must trump individual qualifications, or more broadly, “merit.” But even in positions where necessary qualifications are few, values such as reliability, punctuality, and diligence can make a big difference. All people are not equally capable of playing professional sports, designing nuclear power plants, performing surgery, or analyzing and negotiating megamergers, for instance. Mental capacity, physical ability, or social skills matter, often extensively. These are all traits of individuals, not groups.

In addition, when DEI activists cite alleged patterns of bias to justify the devaluation of merit, they discount the obvious reality of human nature for millennia and the real world. Many religions consider outsiders or non-believers to be deprived, lesser in the eyes of God, damned, or even deserving of elimination. Is this a form of racism or simply a reflection of people’s differences and beliefs?

DEI also appears to minimize the influence of culture as a powerful differentiating force that directly affects outcomes. It is not biased or racist to recognize and credit culture’s impacts, both positive and negative. For example, the disproportionate share of black and Hispanic single-parent households creates disproportionate educational disadvantages and has a direct connection to crime. On the flip side, East Asians focus heavily on education and, as a result, outperform others. Statistics that describe patterns consistent in certain cultures are often considered "racist pseudoscience and misleading” by DEI advocates, demonstrating how they pick and choose (and politicize) scientific observation to suit their ends.

The DEI army of activists fails to recognize that merit-based equal opportunity empowers individuals to transcend the straitjacket of identity and bias. To be sure, equal opportunity is a fragile idea. It depends upon those who have the responsibility of selecting people for jobs or educational slots putting aside their personal biases and evaluating the individual in front of them. But today, most people in this position do make a diligent effort in this regard and abide by fairness principles, many already codified in law. Systemic discrimination is, in fact, now quite rare (ironically, except where DEI imposes it). DEI creates exactly what it claims to oppose—and then leverages it self-servingly to enhance its influence.

THE INEQUALITY OF IDENTITY POLITICS

Public sympathy for the historical battles to overcome entrenched institutionalized discrimination is the main source of DEI’s energy. It's important to note how inconsistently this principle is applied, however. The long history of discrimination against women is one example of a DEI narrative that remains, though most institutional barriers have now been removed, thanks in part to women’s rights organizations which have long predated DEI. Other groups have had transitory periods or pockets of discrimination aimed at them, and some do persist—but this has very little bearing on whether or not the group is adopted by DEI advocates as a token cause.

Blaming all whites and favoring all people of color is overly simplistic and unjust.

But it is the history of slavery and persistent discrimination against African Americans that is uniquely compelling because affirmative action—itself still controversial—seems not to have adequately enhanced their prospects in society. Yet DEI advocates double down on affirmative action’s failures with an extremely aggressive attempt to redefine and strengthen it by expanding its purview to redress any form of perceived bias in school admissions or workplace hiring, regardless of whether institutionalized barriers exist to support a bias. In effect, DEI seeks to delve into the mind of individuals and then label any claimed pattern of bias as “systemic racism,” presuming that this justifies cancellation or counter-discrimination in the form of informal (often cloaked) quotas.

And having anointed themselves as the authority on social justice, DEI advocates often respond with other ill-conceived or misguided initiatives besides quotas. A prime example is the assault on magnet schools and accelerated academic programs, where participation is predicated on tests or other objective measures, and that tend to admit a racially and ethnically non-proportionate population. New York City has flirted with eliminating the entry test for its elite high schools, and Seattle is among other cities killing its gifted child program. Eliminating or reducing these programs is subtractive for society as a whole and damaging to the deserving individuals while achieving nothing but the bogus denial of innate and cultural distinctions among candidates.

Even DEI’s mainstay of proportional representation is flawed because of the challenges of delineating identity groups, which is an increasingly impossible task in this day and age. Our country’s history of ever-increasing social tolerance has led to an ever-increasing mixing of different ethnic groups and cultures. Races, religions, and ethnicities intermarry more than ever before. So, how much “minority” genetic or cultural content is relevant to be embraced by DEI-tokenism? Embracing an oversimplified dichotomy between people “of color” and whites has become the easy response, which aligns nicely with the woke dogma of whites as oppressors and everybody else as oppressed. But this blithely ignores the fact that even within these two groups, there is a wide spectrum of experiences with discrimination. Blaming all whites and favoring all people of color is overly simplistic and unjust.

Nor has DEI ideology articulated any limiting principles about how identity should be formally recognized. DEI harps on “intersectionality”—the slicing and dicing of society into a myriad of ever smaller and overlapping groups based on identity memberships—and even adds such problematic categorization concepts as non-specific, elective, or fluid genders. This leads to an almost unbounded set of rules for dealing with individuals’ many identity components in a workplace or educational institution. Taking intersectionality into account in admissions or hiring thus becomes a heuristic exercise in balancing all facets of identity, which further submerges measures of merit or qualifications in service of identity diversity.

Thank you, Dr. Martin Luther King. We all need to listen.

The better response to unequal outcomes is seeking a leveling of capability by attacking education gaps through school choice—including support for a wider range of alternatives like charter schools—and establishing adult remedial programs that focus on the industry or field that a candidate aspires to. Rather than funding overreaching, wasteful, and pernicious DEI bureaucracies, business, academic, and government institutions should reallocate money to these types of programs. (Former New York City mayor Michael Bloomberg clearly agrees and has announced this month that he will put $750 million of his own money into charter schools and improving public education.)

The core value we must protect is the primacy of the individual. Society is improved by having the most competent people pursuing its most important and difficult goals. Diluting the quality of research, medical care, teaching, management, governmental policy, etc., to achieve DEI’s goals, as is too often the reality, is counterproductive and unfair to all those affected by poorer performance of lesser qualified beneficiaries of DEI.

The irony is that the greatest civil rights icon of the last hundred years would wholeheartedly agree. He beseeched us all to judge people by their character, not their skin color.

Thank you, Dr. Martin Luther King. We all need to listen.