The Persecution of Jeffrey Clark. 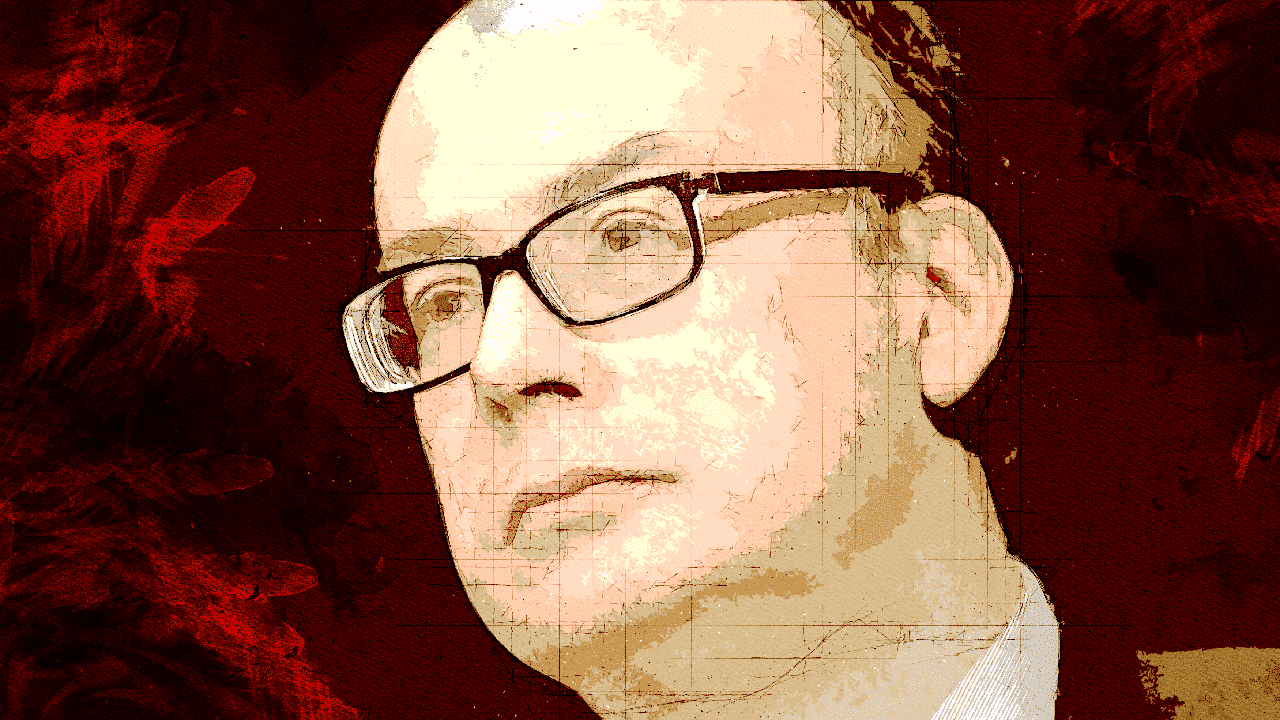 On Wednesday, December 1st, the January 6th Select Committee in the House of Representatives recommended that former Assistant Attorney General Jeffrey Clark be held in criminal contempt. The facts, in short, are these: Clark was brought in for a deposition by the committee on November 5th. He appeared with his attorney, who presented the committee with a 12-page legal memorandum explaining that he could not testify or produce documents due to the need to assert executive privilege and other privileges.

Clark is the victim of a particularly pernicious legal witch hunt.

The committee, chaired by Rep. Bennie Thompson (D-MS), rejected outright Mr. Clark’s claims of privilege. Now, despite extensive legal correspondence from Clark’s lawyer, and a promise that Clark would come in for a deposition to invoke the Fifth Amendment this weekend, the committee decided to push for Clark to be held in criminal contempt.

Contrary to what legal analysts on MSNBC might suggest, Clark is the victim of a particularly pernicious legal witch hunt. The January 6th Committee should drop its contempt recommendation and cease its lawless harassment of Clark. If it will not, the members of that committee must face consequences if and when Republicans take back the House in 2022.

Prominent liberal legal analysts portray Clark as a desperate gambler, hoping to get away with nefarious behavior. Harry Litman, the law professor and legal affairs columnist for the Los Angeles Times, tweeted on Tuesday that Clark was “playing a very high-stakes game” and “could easily lose his law license” as a result of the actions of the January 6th committee. MSNBC legal analyst Glenn Kirschner described Clark as “gambling on being able to go in with a lot of bluff and bluster and… play privileges and walk out unscathed.”

Clark could face discipline from the bar.

The truth, however, is that Clark is the victim of an arrogant, lawless, partisan, and hyper-aggressive select committee. They have already brought charges against Steven Bannon for contempt of Congress—the first time that anyone has been indicted for that crime in forty years.

But the position that the committee is putting Jeff Clark in is even more appalling and contemptible than that of Bannon. As a lawyer and former DOJ official, Clark has professional ethical obligations to protect lawful privileges, such as attorney-client privilege and executive privilege.

Right now, Clark is being threatened with prosecution for being too reticent to answer the committee’s questions. But, if he were to answer too fulsomely, and a court were to later find that the contents of his testimony should have been protected by executive privilege, that bell can’t be un-rung, and Clark could face discipline from the bar. No congressional committee should make an executive branch employee choose between the loss of his bar license on the one hand and a criminal contempt charge on the other.

There’s another key point. Not only is the committee using scorched-earth tactics against Clark and other Trump officials, but they are doing so in a completely lawless way and violating their very own charter. The enabling statute of the committee, H. Res. 503, sets out that the committee can only depose witnesses after consulting with the ranking minority member. But—recall that this committee has excluded minority participation from the outset!

The committee has no lawful basis on which to depose anyone.

Back in July, House Minority Leader Kevin McCarthy (R-CA) selected Reps. Jim Jordan of Ohio and Jim Banks of Indiana to serve as the minority members of the committee—and House Speaker Pelosi (D-CA) simply refused to seat them. Without a ranking minority member, the committee has no lawful basis on which to depose anyone. It can hold hearings and invite witnesses to voluntarily testify, but its depositions should be seen as unlawful.

Now, you might say, but what about Reps. Liz Cheney and Adam Kinzinger? They are still—somehow—members of the House Republican caucus, and they are on the committee. But here’s the rub: because they were selected by Speaker Pelosi, and not McCarthy, they are not actually part of the “minority” on the committee—they are part of Pelosi’s majority. And indeed, the chairman of the committee seems to understand this fact; that is why Rep. Cheney is the vice-chair of the committee, not the ranking minority member.

Former President Trump is currently litigating the contours of his own executive privilege. This is not a frivolous lawsuit: the Presidential Records Act (PRA) contains a cause of action for former Presidents to use, and Saikrishna Prakash, a law professor at the University of Virginia, took to the pages of the Washington Post to explain that Trump’s lawsuit has merit.

For this partisan committee, privilege be damned...

The PRA, which governs the official records of Presidents and Vice Presidents, establishes the right for presidents to withhold information from either Congress or the judicial branch—an idea that can be traced all the way back to George Washington, who invoked "executive privilege" as early as 1792. As Prakash explains:

“[T]he law is far from settled,” Prakash argues, “and in this particular contest, the 45th president might well best the 46th. At the least, [former President] Trump has sufficiently good legal arguments to keep the issue in the courts for months if not years…” Should Clark choose to testify before the courts have resolved the matter, he quite literally risks breaking the law.

Moreover, the situation that President Biden and the Democrats have created with their scorched-earth approach to January 6th shows why the long-term interests of the executive branch are served by letting former Presidents sue to preserve executive privilege: Biden’s implacable hostility to the Trump administration makes it impossible for him to be seen as a credible, dispassionate advocate for the overall interests of the executive branch.

Just a few days ago, the D.C. Circuit held oral arguments for three and a half hours in the Trump-January 6th committee litigation. This is an extraordinarily long time for appellate arguments in a single case. (Most appellate cases are allotted 30 minutes for argument; more complicated ones are allotted one hour.) For oral argument to take this long suggests that the judges are, in fact, wrestling with the contours of executive privilege in the context of the January 6th committee’s subpoenas—and that Clark is being perfectly reasonable in wanting to wait for that litigation to be resolved before testifying himself.

Compare how the D.C. Circuit is handling former President Trump’s claims of executive privilege to how the January 6th committee is treating Jeffrey Clark. Upon being handed a detailed, 12-page memorandum explaining the various privileges that he was asserting and the reasons for their assertions, Rep. Bennie Thompson, informed Clark that he was going to reject all his claims of privilege and pursue contempt charges if he failed to testify. Thompson has no law degree. He has no relevant expertise in applying the law to fact. And yet, the thorny privilege issues that the D.C. Circuit is wrestling with clearly had no purchase with him. But for this partisan committee, privilege be damned: Clark must testify.

WHAT SHOULD BE DONE?

Hopefully—though it seems unlikely, given the partisan balance on the D.C. Circuit—the D.C. Circuit will put a stop to the lawless shenanigans of the January 6th committee. But if they do not, they will have set a precedent that Republicans must exploit if they return to power in 2022.

What needs to end above all is Republican passivity in the face of this lawless behavior from the Democrats.

A good example could be set with soon-to-be-former Representative Cheney. You might have forgotten that last year, when President Trump was considering a withdrawal from Afghanistan, that Cheney promulgated a completely specious story about the Russians putting out bounties on American troops. Then, after the intelligence community admitted it only had “low to moderate confidence” in their assessment, Liz Cheney repeatedly lied about her role in promulgating this “disinformation,” as explained by Glenn Greenwald.

This was no small matter: Cheney spread false information about a serious major national security issue in order to ensure that American troops remained in Afghanistan, and the President’s preferred foreign policy was thwarted. Liz Cheney should have to answer for her role in this deception, and given her presence on the January 6th committee, I can think of no better remedy than a freshly appointed ‘Russian Bounties select committee’ deposing her and subpoenaing her for relevant records.

And that’s just the start. Adam Schiff spent years flogging the Steele Dossier and the now-discredited Russiagate scandal. He, too, is on the January 6th committee, so he should have no objection to being the subject of a ‘Russiagate select committee’ to examine the role Schiff and others played in spreading conspiracy theories about the sitting President.

In the short term, Kevin McCarthy should kick both Kinzinger and Cheney out of the caucus. Neither supports the Republican party or Republican policies; both are flouting their own majority leader by providing a faux bipartisan sheen to the January 6th committee.

What needs to end above all is Republican passivity in the face of this lawless behavior from the Democrats. If the current, fragile Democrat House majority will not constrain itself, then punitive measures must be taken by a fresh House Majority in 2022. No more comity, no more paeans to bipartisanship. Republicans must not unilaterally disarm in the war of Congressional subpoenas. And they must stand up to this star chamber that is persecuting good Americans like Jeff Clark.