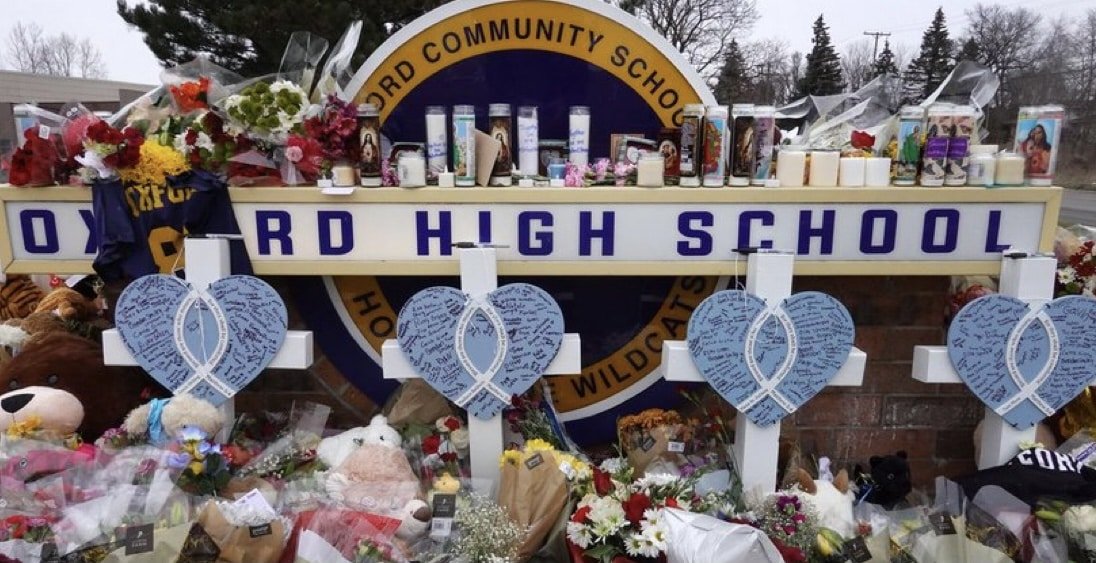 The parents of the teen suspect accused of killing four students inside a Michigan high school earlier this week are facing charges.

If you aren’t familiar with the story, 15-year-old Ethan Crumbley allegedly fired at least 30 rounds in the hallway of Oxford High School on Tuesday, killing four classmates and injuring seven others, including a teacher.

“The parents were the only individuals in the position to know the access to weapons,” Oakland County prosecutor Karen McDonald said Thursday. The gun “seems to have been just freely available to that individual.”

“All I can say at this point is those actions on mom and dad’s behalf go far beyond negligence,” she added. “We obviously are prosecuting the shooter to the fullest extent...There are other individuals who should be held accountable.”

Ethan Crumbley is facing one count of terrorism causing death, four counts of first-degree murder, seven counts of assault with intent to murder, and 12 counts of possession of a firearm in the commission of a felony.

His behavior was concerning enough that school officials called his parents to the school for a meeting just a few hours before the shooting occurred.