Merit vs. Wokeness: Universities Must Choose. 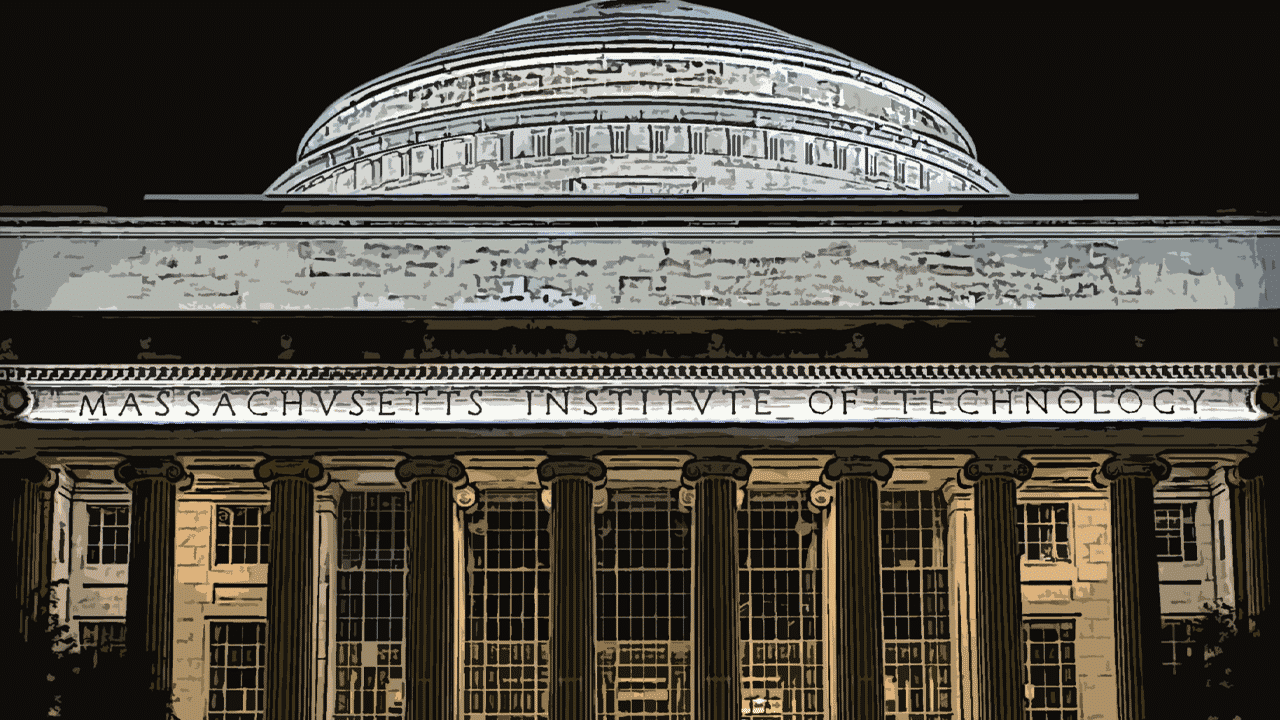 We graduated from the Massachusetts Institute of Technology 50 years ago. Though it was a tough place academically, MIT taught us our crafts and the essence of problem-solving and enabled us to thrive in our chosen careers. We owe much to ”the ‘tute,” as it is fondly known, and have demonstrated that financially over the years.

Today, the 160 year-old-institution, once a bedrock of science and innovation, has caved to the demands of “wokeness.” In autumn of 2020, MIT sent an email to students, including those already registered and attending, informing them that if they failed to undergo instruction in "diversity, equity, and inclusion," and "sexual assault prevention ongoing: healthy relationships," they would be unable to register for spring classes. "You will have a registration hold placed on your account and will be unable to register for [Independent Activities Period] and/or spring 2021 classes if you do not complete both trainings by the November 2nd deadline,” the email read.

MIT’s administration is acting in ways that we consider unfair, hypocritical, and harmful to the university, its student body, and academic freedom generally.

Portions of the actual training materials are available here. The training turns out to be what you would expect: a bunch of compulsory videos that cannot be fast-forwarded, containing deftly-worded but fatuous questions that let you know (without coming right out and saying it) that straight white males are the “intersection” of all oppressive behaviors. Everyone else is an oppressed victim of some sort, with extra victimization points for being a member of multiple minorities. (Fortunately, the passing score is zero, so most students will be allowed to resume their studies.)

This new policy is just one instance of a dangerous trend: MIT’s administration is acting in ways that we consider unfair, hypocritical, and harmful to the university, its student body, and academic freedom generally.

THE FIRING OF MIT’S CATHOLIC CHAPLAIN

In the early days of the George Floyd protests (when people were still trying to understand what had happened), the MIT Catholic chaplain Father Daniel Moloney, sent a letter to the university’s Catholic Community urging peace amongst his congregants and expressing his thoughts around the events. It was a sincere, heartfelt examination of conscience from a person whose job it was to do exactly that. Yet, it resulted in his immediate condemnation by university administrators.

MIT found this letter to be, literally, intolerable, and forced the chaplain’s firing and reassignment.

MIT’s leadership apparently took umbrage at his statement of these simple facts: that George Floyd “had not lived a virtuous life” (based upon his multiple criminal convictions) and that “most people in the country have framed [Floyd’s death] as an act of racism. I don’t think we know that.” Vice Chancellor and Dean for Student Life, Suzy Nelson, wrote in an email to student and faculty leaders that Maloney's message "contradicted the Institute’s values" and "was deeply disturbing." The Tech, MIT's student newspaper, reports:

According to The Tech, “Gustavo Burkett, senior associate dean for diversity and community involvement, and Nelson spoke with the TCC Advisory Board and the Archdiocese of Boston about Moloney’s email.” Moloney was asked to resign following these discussions.

It is important to note that Father Moloney did not use these statements as justifications for the death of Mr. Floyd; indeed, his letter begins, “George Floyd was killed by a police officer, and shouldn’t have been… Catholics want all life protected from conception until natural death. The police officer who knelt on his neck until he died acted wrongly.” What’s more, his letter urged mutual understanding and respect—despite differences of opinion: "Our solidarity with one another is deeply frayed now. Everything we say (or don’t say) is treated with suspicion, rather than charity."

Nevertheless, MIT found this letter to be, literally, intolerable, and forced the chaplain’s firing and reassignment. (We are not Catholics, by the way, but basic fairness transcends religion.)

By far, the best illustration of how far the institution has sunk is the disgraceful “canceling” of University of Chicago professor Dorian Abbot. When MIT invited the distinguished geophysicist to give a prestigious public lecture, he seemed a natural choice. In the words of the New York Times, he is “a scientific star who studies climate change and whether planets in distant solar systems might harbor atmospheres conducive to life.” But Professor Abbot had committed the mortal sin of arguing, in a Newsweek op-ed, that Diversity, Equity, and Inclusion (DEI), as it currently is implemented on campuses, “violates the ethical and legal principle of equal treatment” and “treats persons as merely means to an end, giving primacy to a statistic over the individuality of a human being.” He proposed instead “an alternative framework called Merit, Fairness, and Equality (MFE), whereby university applicants are treated as individuals and evaluated through a rigorous and unbiased process based on their merit and qualifications alone.”

‘MIT has behaved disgracefully in capitulating to a politically motivated campaign.’

Instead of championing Professor Abbot’s scientific presentation—which was supposed to focus on studying the earth’s climate and identifying planets in other solar systems and how experts predict whether they may or may not be habitable—in the face of a Twitter mob demanding that he be uninvited, MIT folded and canceled the lecture.

Following the cancellation, Princeton’s James Madison Program in Ideals and Institutions invited Abbot to deliver the lecture, which he did (with great distinction, we hasten to add) on the same day that his MIT lecture had been scheduled. According to the program's director Robert P. George, a founding member of the Academic Freedom Alliance, “MIT has behaved disgracefully in capitulating to a politically motivated campaign… This is part of a larger trend of the politicization of science.”

The fiasco has, deservedly, received worldwide attention; as Tevi Troy pointed out in an article published this week, such incidents are neither rare nor new:

All the above is made more exasperating by some of the concepts and people that MIT does support—even employ. Although we strongly favor freedom of speech and expression, we realize that freedoms are not absolute. (Recall Justice Oliver Wendell Holmes, Jr.’s memorable admonition that "falsely shouting fire in a theatre" is not constitutionally protected speech.) Some speech—especially that which is dangerous—deserves university censure.

Even here, MIT is failing: the university’s negligence permits egregiously unethical and dangerous writing and speeches by some of its staff. For instance, MIT computer scientist Stephanie Seneff, who alleges that prescription drugs and genetically engineered crops paired with the weedkiller glyphosate (Roundup) cause autism, ADHD, and other maladies. Seneff has long made inflammatory, inaccurate, and baseless claims about crop biotechnology and pesticides, and the causes of COVID-19.

Most pernicious of all, she has charged that the COVID-19 vaccines are dangerous and cause “a wide range of blood disorders, neurodegenerative diseases, and autoimmune diseases,” and that they “could modify the DNA of those receiving the vaccination”—although she acknowledged herself that there was no evidence to support this speculation. Seneff’s baseless criticism of the COVID-19 vaccines has made her a prominent figure in the anti-vaccine movement. During an appearance on a television program sponsored by the notoriously unethical Children’s Health Defense (CHD), Seneff warned the audience not to “go near” the mRNA vaccines.

These actions alone cross the line of acceptable behavior and protected speech and, arguably, for a university scientist, constitute professional misconduct. And yet, MIT has tolerated Seneff’s anti-social antics for years—all while punishing Father Moloney and Professor Dorian Abbot for speech that is not remotely unethical or problematic.

Complaining without offering a solution (beyond ceasing financial support to the offending institution) is not enough, and we would like to suggest a way for MIT to return to our good graces. We suggest adoption of the following Principles of Fairness:

If MIT will publicly and wholeheartedly embrace these principles or something akin to the University of Chicago Principles, which commit the university to free and open inquiry in all matters,” guaranteeing “all members of the university community the broadest possible latitude to speak, write, listen, challenge, and learn,” we are prepared to resume our support.

Certain truths that used to be self-evident seem now to have become controversial.

To prove their sincerity, we propose the following challenge to MIT: The University should invite Professor Abbot to debate his principles of Merit, Fairness, and Equality (MFE), with the side of Diversity, Equity, and Inclusion (DEI) defended by one of the six new Assistant Deans for DEI. MIT will host the debate and guarantee civil discourse, with any hecklers or interrupters removed from the venue.

Certain truths that used to be self-evident seem now to have become controversial. During our time at MIT, we were confident that its leaders were fair and had the courage to stand up to activists of whatever stripe—unlike the present group who are willing to sacrifice principle when the Twitter Mob demands it.

At this juncture, MIT (and other universities) must choose: will you act in a way that is consistent and ethical and stand up for the Principles of Fairness enumerated above, or will you follow the Principles of Wokeness, thereby forsaking independent thought and the fundamentals that made you great, and embracing a social version of Lysenkoism by allowing ideology to trump and pervert science?