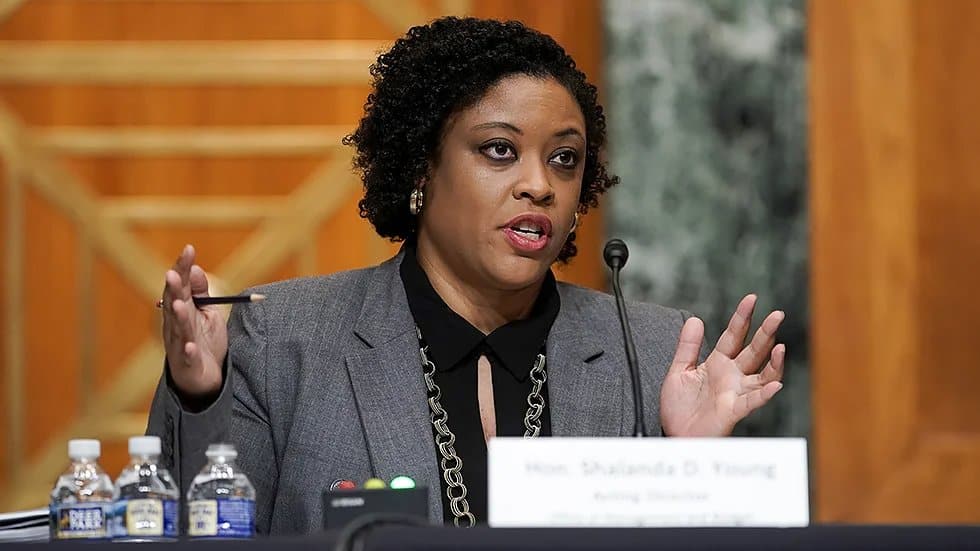 Joe Biden plans Wednesday to nominate Shalanda Young to direct the Office of Management and Budget.

As reported by the Wall Street Journal, Young currently serves as acting director of the agency, which hasn’t had a permanent leader in months. If confirmed, she would be the first woman of color to run the office.

Young was confirmed as deputy director earlier this year in a 63 to 37 bipartisan vote.

The White House also plans to nominate Nani Coloretti as deputy director. She currently serves as senior vice president for financial and business strategy at the Urban Institute and previously worked in the Obama administration. If confirmed, she would be one of the most senior Asian-Americans in government.