Who is really behind the attacks on Kamala Harris? Likely the other woman who would be queen 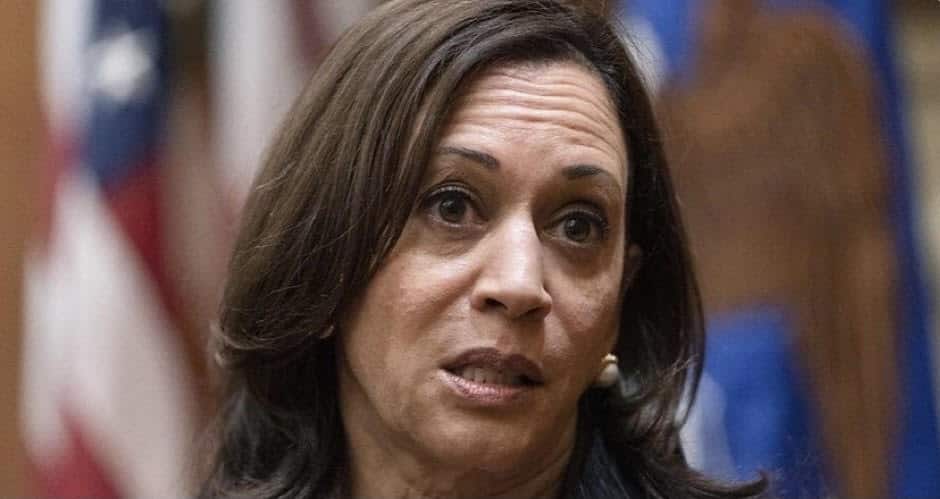 Imagine what it must have been like for Kamala Harris this past Sunday evening to be scrolling through the newsfeed on her smartphone only to come across what is typically a Democrat’s “reliable source” at CNN and finding the headline: Exasperation and dysfunction: Inside Kamala Harris’ frustrating start as vice president, on that team left rag’s landing page. The lengthy piece was very critical of her and her VP team’s role in the current Biden administration. She must have wondered what she had done to find herself suddenly under attack.

She would wonder because it would never occur to someone possessing her innate level of arrogance that anyone in her own party would attack her for anything. In Kamala Harris’ mind, she is the woman who would be queen, will be queen, come 2024 when feeble Joe Biden is unable to seek reelection and she will be the rightfully chosen heir to the throne.

The problem with that supposition, and this is strictly my own personal opinion and not shared with me by a secret White House source of the type that Human Event’s Jack Posobiec seems to have, is that it is precisely because of her desire to seek the throne that she is being thrown under the Brandon, sorry, Biden, bus.  They are not going to let Kamala Harris hold the title of “first Black female President.” That honor is to be bestowed upon another very high-profile woman whose family name and political values are more in keeping with those of Joe Biden.

That woman is none other than Michelle Obama and I believe it is the Obama political machine, using Ron Klain as an anonymous director, who is behind the most recent attacks on our Vice President. Obama v. Harris; a female cage match for whom there is nobody to cheer.

The CNN story opened with this paragraph:

Worn out by what they see as entrenched dysfunction and lack of focus, key West Wing aides have largely thrown up their hands at Vice President Kamala Harris and her staff -- deciding there simply isn't time to deal with them right now, especially at a moment when President Joe Biden faces quickly multiplying legislative and political concerns.

It got worse from there.  In their story, CNN said they talked to over three-dozen different sources in compiling what can only be described as a pure pasting of Harris and her team. The story cited her lack of Washington experience, her “overly cautious tendencies,” and “staff problems,” just to name a few areas drawing criticism. So severely critical was the piece that Harris fellow gal-pal White House Spokeswoman Jen Psaki felt the need to come to her defense in one of the most awkward tweets in the history of the platform:

For anyone who needs to hear it. @VP is not only a vital partner to @POTUS but a bold leader who has taken on key, important challenges facing the country—from voting rights to addressing root causes of migration to expanding broadband

Expanding broadband?  Is Ms. Harris the VP of the United States or Comcast?  Pskai’s tweet drew such widespread ridicule she really would have been better off to have just left it. That is, of course, assuming that her intention wasn’t to make things look even worse for the current VP. It is very reasonable to assume that Psaki posted that foolish tweet for the sole purpose of keeping people focused on Harris and her “dysfunction.”

Most people do not realize that there are three wings of the Democrat party.  There are the “Clinton thugs,” the “Obama criminals,’ and the “San Francisco cartel,” that last one being quarterbacked by Nancy Pelosi.  Kamala Harris is part of the S.F cartel and is seen as an interloper by the other two rival factions.

Enter the Michelle Obama factor. During the 2020 presidential primaries and prior to the disruptive onset of the Chinese coronavirus, I had warned of the threat of Michelle Obama if she chose to enter the race. In a culture obsessed with celebrity over substance, the best-selling author and one-time most admired woman in America has a sort of Oprah-esque hold over a significant portion of the American zeitgeist. Any conservative who dismisses her as a formidable potential candidate does so at their own political risk.

It should be clear to everyone that despite his claims to the contrary, Joe Biden is simply not going to be physically and mentally able to seek a second term in office, that is assuming he can even make it through the first term.  Any stories about his “wellness” can be labeled as being similar to what some are saying he left behind in his visit at the Vatican. Given Biden’s fragility, the obvious question is, “If not Joe, who?”?  CNN being told to run this hit piece is somebody’s way of answering that question by saying, “Not you, Kammy.”

Which brings us back to the question of who is really behind the CNN effort to discredit the VP. It is my firm belief that this very precisely targeted political Tomahawk missile was fired at the direction of the Obama criminal wing of the Democrat party and done so with the enthusiastic support of Ron Klain and the Biden White House team. Joe Biden has been a loyal disciple and surrogate for the Obama enterprise, both while serving as Vice President and now as President.  He has done more to carry out the “fundamental transformation of American” in under ten months than did Obama himself in eight years. His service to Obama has been complete and unassailable.

Now, in his golden moments, Sleepy Joe has one last duty to perform.  It is to undermine his own Vice President and to clear a path for the woman who once said that “For the first time in my adult life, I am really proud of my country,” to be President should she decide she wants the job.

The Biden Presidency is failing. It is part of the Democrat psychology to blame others for your own failures.  In promoting this hit piece on Kamala Harris, Biden has addressed three objectives:  He has diverted attention from himself to Harris, he has preempted her ability to lead a 25th amendment removal because it would now seem blatantly political, and, most importantly, he has tipped his hat toward a highly possible successor to the throne.

Make way and make ready for the entrance of Queen Michelle.