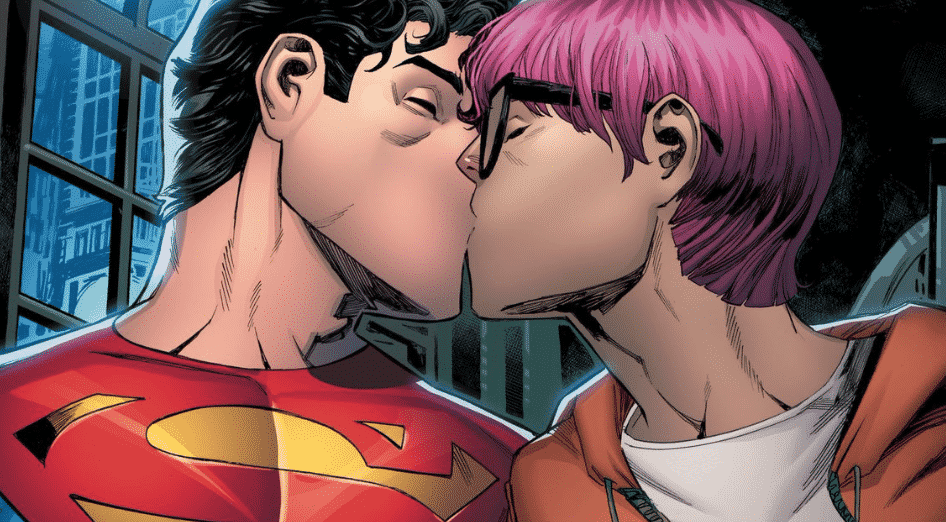 With his billowing cape and earth-saving powers, Superman has become a figure which many aspire to be: brave, honest, strong, mighty and...bisexual.

The Man of Steel is coming out as bisexual, DC comic writer Tom Taylor announced Monday, saying that creating “another straight white savior” would be a travesty.

In the upcoming “Superman: Son of Kat-El,” the current Superman, Jon Kent dives into a relationship with Jay Nakamura, the Daily Wire reports.

The two friends become something more when they share their first kiss in issue #5.

“Over the years in this industry, it probably won’t surprise you to hear I’ve had queer characters and storylines rejected. I felt like I was letting down people I loved every time this happened,” Taylor told IGN. “But we are in a very different and much more welcome place today than we were ten, or even five years ago. When I was asked if I wanted to write a new Superman with a new #1 for the DC Universe, I knew replacing Clark with another straight white savior could be a real opportunity missed.”

“I’ve always said everyone needs heroes and everyone deserves to see themselves in their heroes,” Taylor continued. “Today, Superman, the strongest superhero on the planet, is coming out.”

“It’s a pretty big deal doing it with Jon Kent as Superman,” artist John Timms said. “As we have seen Jon grow up in front of our eyes, it will be interesting to see him not only trying to find himself as a person but a global super hero in the complex atmosphere of modern life. On the other hand, I hope this kind of thing will not be seen as a big deal in the future. You could visualize how it could pan in the future when the most powerful man in the world is part of the LGBT community. So many things are on the horizon and beyond.”