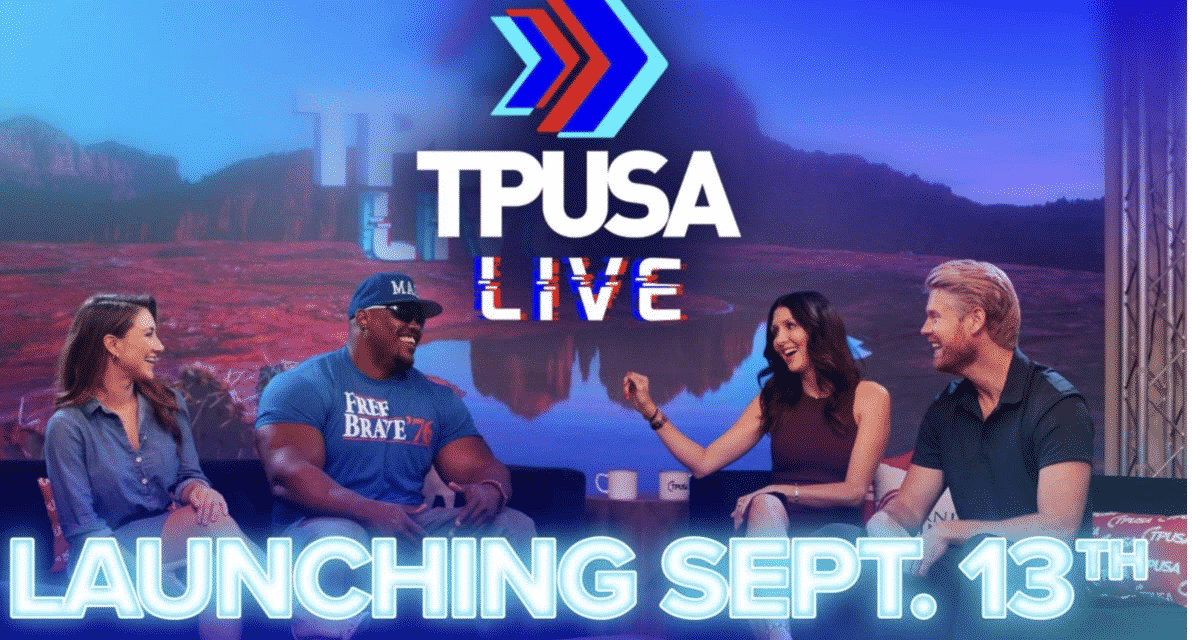 The first hour of the daily livestream will feature shows brought to you by Jack Posobiec, Charlie Kirk, Alex Clark, and Isabel Brown.

Find the official press release below:

PHOENIX, Sept. 13, 2021—TPUSA LIVE is a brand new alternative media hub that allows viewers to explore, engage, and interact with top conservative voices like never before. On TPUSA LIVE, activists can now discover unfiltered opinions, hot takes, and reactions to breaking news and timely topics in video, audio and newsfeed format—a network-alternative for trending news, social posts, fresh content and opinions from our own Contributor squad and some of the most newsworthy voices in the movement. TPUSA LIVE is the movement’s new home and daily source for the fresh, conservative takes the movement has been begging for.

TPUSA LIVE, LAUNCHES SEPTEMBER 13TH FROM 5PM ET/2PM PT! This includes 3 hours of livestream broadcast content, Monday through Friday, featuring authentic activist voices covering culture and the latest news and behind the scenes of the conservative movement. The 1st hour will feature daily shows brought to you by: Charlie Kirk, Jack Posobiec, Alex Clark, and Isabel Brown. The 2nd hour will be live from the TPUSA headquarters studio in Arizona and will feature prominent conservative personalities alongside host Jon Root to discuss everything from politics, pop-culture, sports and college campuses. The 3rd hour will close with weekly shows from our TPUSA Contributors, covering everything from the Second Amendment to sports, and most importantly the crazy liberal happenings on college campuses nationwide, coming exclusively from our TPUSA students at university chapters across America.

“TPUSA LIVE is unique and much-needed in the news media industry because it’ll feature unfiltered, grassroots conversations with some of the most prominent conservative personalities in the movement. We’re getting to the root of the issues that [plague] our society while providing quality, authentic, entertaining content that will help us win the culture war. This format will allow guests to have open dialogue and truly speak their mind like you’ve never seen before.” - TPUSA Contributor Jon Root

TPUSA LIVE will also feature other newsworthy, media and activist personalities who will be joining daily from TPUSA HQ in Phoenix, Arizona. Catch us every weekday broadcasting live across all of Turning Point USA’s social media channels, on TPUSA.com/Live and posted after broadcast in full to Rumble and YouTube daily.