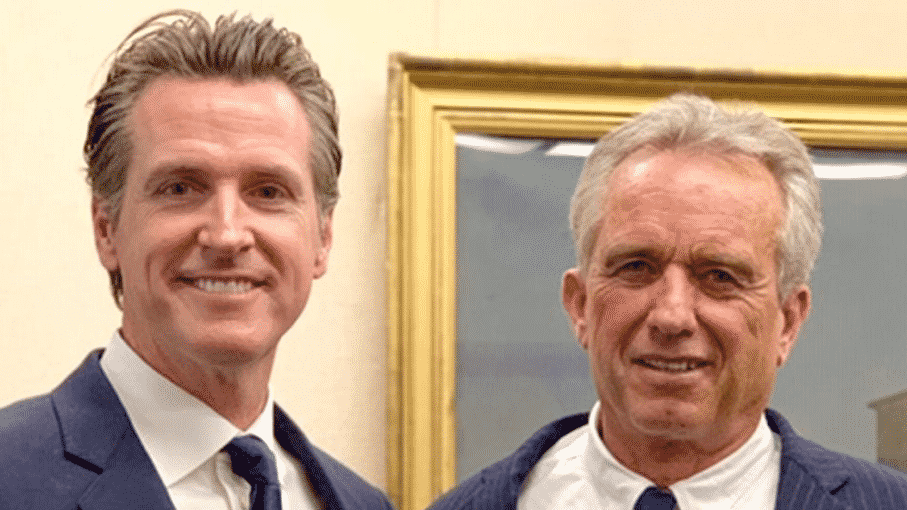 California Gov. Gavin Newsom announced in July that healthcare workers and state employees must be vaccinated or succumb to weekly testing and wear masks; however, back in 2019, Newsom opposed the same kind of mandate.

“I believe in immunizations,” Newsom said at the meeting, “however I do legitimately have concerns about a bureaucrat making a decision that is very personal.”

“We don’t measure character or leadership by a commander’s posture during moments of comfort, but by his willingness to stand against the tides and storms of collective opinion during eras of controversy and hysteria,” Kennedy Jr. wrote in a Facebook post. “California Gov. Gavin Newsom has just passed that test with his wise and sober opposition to a draconian proposal to forcibly vaccinate medically fragile children against the wishes of their parents and the medical advice of their physician.”

"He expressed his concern about giving faceless government officials (with no medical training) veto power over vaccine exemptions deemed medically necessary by a child’s doctor," Kennedy Jr. continued. "Gavin argued that those decisions should be made between patients and doctors without government involvement."

"I like doctor-patient relationships. Bureaucratic relationships are more challenging for me,” Newsom told reporters at the 2019 California Democratic Party convention in regards to a proposed bill to require the Department of Public Health to approve every request for a medical exemption to a child's immunization schedule. "I’m a parent. I don’t want someone that the governor appointed to make a decision for my family.”

Newsom did not explicitly say he would veto the bill, SB276. But he cast serious doubts on its prospects should it reach his desk.

“With respect, as a father of four that goes through this on a consistent basis, that’s just something we need to pause and think about,” Newsom added.

Newsom later signed the bill after arguing for amendments relating to medical exemptions.