The U.S. Military Is Losing Support, Losing Wars, and Failing in Its Most Basic Mission. 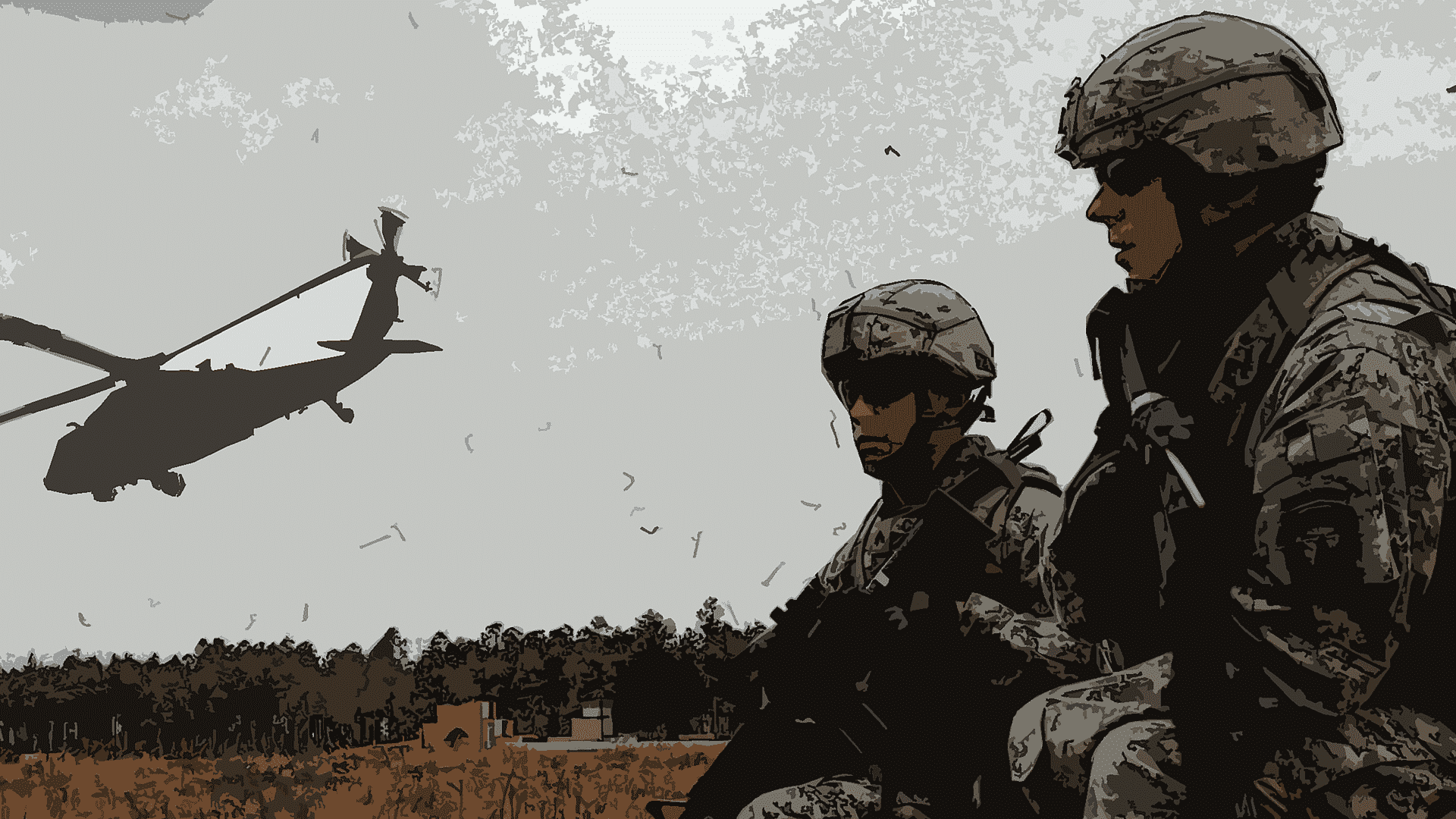 For the first two decades of the Global War on Terror, the U.S. military consistently ranked among the country’s most trusted institutions, in large part due to its perceived apolitical nature. By 2018, Americans had lost faith in public officials and public institutions in general, but a majority of citizens—80%—still remained confident in the military’s sanctity, according to a Pew Research survey. Over that same time period, aggressive leftist sentiments in Hollywood and professional sports drove patriotic, conservative Americans (traditionally the military’s staunchest supporters) to look elsewhere for entertainment. They found it in veterans returning home from the Middle East.

The military’s top echelon of woke commanders has succeeded in alienating the military from its most loyal advocates—conservatives are jumping ship.

An entire cult industry grew out of the wars in Iraq and Afghanistan, capitalizing on Middle America’s reverence for its warrior-heroes. Books chronicling the combat experiences of America’s special operators became instant best-sellers and sparked frenzied bidding wars for movie rights. Millions subscribed to veteran-run YouTube channels and podcasts. Gun manufacturers flooded the domestic consumer market with (previously nonexistent) desert tan-colored firearms, which allowed civilians to emulate their heroes fighting overseas. Veteran-owned startups selling military-themed goods from designer T-shirts to coffee beans experienced astronomical growth. As one Marine explained to me in 2016, “It doesn’t matter that their coffee sucks. You could stamp an SF (Special Forces) logo on a dog turd right now, and it would sell.” Support for the military was at an all-time high.

But as Bob Dylan once said: “The times, they are a-changin’.”

Conservatives were shell-shocked when the military’s top generals embraced a false media narrative that claimed that the January 6th protest at the U.S. Capitol was an “armed insurrection.” They were incredulous when Secretary of Defense Lloyd Austin (a retired Army general) issued a stand-down order to purge the military of so-called “extremists,” insinuating that white conservatives were enemies of the United States. They were aghast upon learning that Army general and chairman of the Joint Chiefs of Staff Mark Milley (who has defended the teaching of Critical Race Theory at American military academies) reportedly called Trump supporters “Nazis.” In their new book, Washington Post reporters Carol Leonnig and Philip Rucker claim that, during a training exercise in preparation for the inauguration, Milley likened Trump supporters to Hitler’s brownshirts, telling a group of senior military leaders, “Here’s the deal, guys: These guys are Nazis, they’re boogaloo boys, they’re Proud Boys. These are the same people we fought in World War II. We’re going to put a ring of steel around this city, and the Nazis aren’t getting in.” (Milley has not denied making the statement).

Remarkably, the military’s top echelon of woke commanders has succeeded in alienating the military from its most loyal advocates—conservatives are jumping ship. “What we’re seeing here is the erosion of trust in the U.S. military,” Navy SEAL Jack Carr told Fox News Primetime on May 7th. In the minds of many conservatives, the military now sits atop a scrapheap of once-great American institutions which have been corrupted by radical, left-wing politics. This will prove disastrous for the morale of the rank and file—ask any Vietnam veteran what it’s like to serve in a military bereft of public support.

In his book Irresistible Revolution (2021), Lt. Col. Matthew Lohmeier (U.S. Space Force) argues that the military is no longer an apolitical institution. “The uniformed services were once honorably apolitical, or at least politically neutral. Recently, however, they have become hotbeds of a politically partisan training agenda,” he writes. This service-wide indoctrination campaign has led to a dangerous degradation of the military’s warfighting capabilities.

Crenshaw, a highly decorated Navy SEAL who served five combat tours in Iraq and Afghanistan, recently co-commissioned a report on the “fighting culture” of the U.S. Navy Surface Fleet, which highlights serious deficiencies in the Navy’s ability to wage war. A senior enlisted leader is quoted in the report as saying, “I guarantee you every unit in the Navy is up to speed on their diversity training. I’m sorry that I can’t say the same of their ship handling training.” Another lieutenant told the report’s authors: “Sometimes I think we care more about whether we have enough diversity officers than if we’ll survive a fight with the Chinese navy.”

“The results of this project are unambiguous,” the report concludes.

In pursuit of its pie-in-the-sky social justice objectives, the Navy has taken its eye off the ball when it comes to its core mission of defending the United States. “This is genuinely worrisome,”  said Tucker Carlson during a March 11th taping of Tucker Carlson Tonight, “The Department of Defense has never been more aggressively or openly political.” Carlson calls it “the worst kind of dereliction of duty.” (Carlson’s comments were in response to the Pentagon’s criticism of his reporting: “Since when does the Pentagon declare war on a domestic news operation,” Carlson asked, rhetorically.)

THE REAL THREAT TO AMERICA

The military’s job should be to defend the homeland and win wars—period. But America’s woke commanders have failed in their most basic mission. Nowhere is their failure more apparent than in Afghanistan. “The United States military has gotten so off-mission it’s really coming to fruition right now before everyone’s eyes [in Afghanistan],” said Navy SEAL veteran and congressional candidate Derrick Van Orden (R-WI) in an interview for Breitbart News Saturday. Catastrophe in Afghanistan was all too predictable. Historian Victor Davis Hanson called the Biden Administration’s spectacular bungling of its withdrawal from Afghanistan the “logical culmination and trajectory of where this politicized, careerist, monetized military-intelligence-industrial complex would take us.”

America’s military leaders have become a liability to the nation.

That the military’s embrace of leftist doctrines should coincide with our failures in Afghanistan is all the more heartbreaking for Middle America, who have not only been loyal supporters of the military—they’ve also been active participants in its cause. In a recent essay titled “Has the Military Lost Middle America?”, Hanson points out that “Statistics of those killed in action, in both Afghanistan and Iraq, reveal that white males, especially those of the rural and middle classes, were demographically ‘overrepresented’ in offering the ultimate sacrifice to their country.” Should Middle America stop sending its sons and daughters to die on foreign soil, because an out-of-touch echelon of elitist, woke commanders have chosen to portray them as “enemies” in an effort to buy “woke insurance” from the leftist ideologues in the White House and on Capitol Hill, who will step up to take their place in defending the country? Will Mitt Romney or Barack Obama send their sons and daughters to die in some flea-infested “shithole country”? I hardly think so.

Hanson also points out that the military’s “[deliberate alienation] of Middle America could not arrive at a worse time. China, Russia, Iran, and North Korea watch in glee at our self-created discord that now threatens to tear apart the most lethal military in the world.” While our generals are studying Carol Anderson’s White Rage, we can only assume the generals of our enemies are following the tried and true maxim of Napoleon Bonaparte: never interfere with an enemy who is in the process of destroying itself.

America’s military leaders have become a liability to the nation. The real threat to America’s safety comes not from those who voted against Joe Biden, as the Defense Secretary seems to suggest. Rather, it comes from the monumental incompetence of the woke commanders and leftist ideologues who are tearing apart both the military and the nation itself.