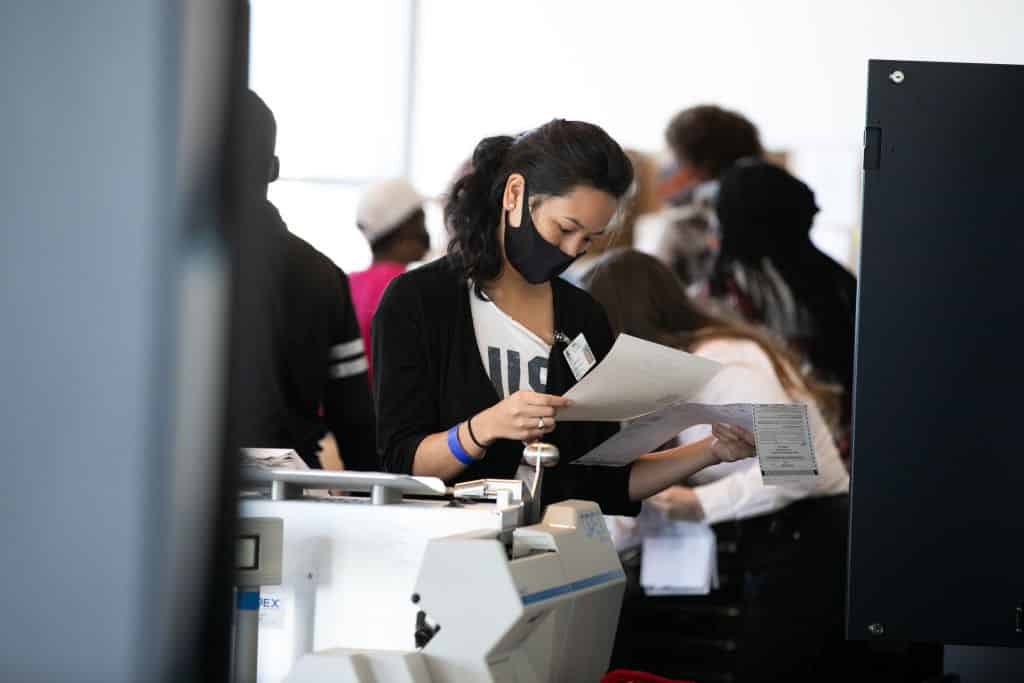 In yet another update from Georgia, a contractor chosen to monitor ballot counting in Fulton County wrote a 29-page memo highlighting “massive” election integrity failures and mismanagement during the 2020 election.

The November report cited a slew of problems, including double-counting of votes, insecure storage of ballots, possible violations of voter privacy, the removal of election materials at a warehouse and the movement of “too many” ballots on Election Day, per Just the News.

“This seems like a massive chain of custody problem,” Carter Jones wrote in the memo delivered to Secretary of State Brad Raffensperger’s office after the election.

“It is my understanding that the ballots are supposed to be moved in numbered, sealed boxes to protect them,” he wrote, noting these ballots were not.

“Too many ballots coming in for secure black ballot boxes,” he also observed.

Jones also brought forth concerns about the temporary workers tasked with counting and scanning ballots after an election observer claimed to witness a conversation in an elevator, during which one of the workers revealed his intention to “f*ck sh*t up.”

“I must keep an eye on these two,” Jones wrote. “Perhaps it was a bad joke, but it was very poorly timed in the presence of a poll watcher.”

The two workers were assigned to a “team confirming and boxing ballots that have already been scanned to prepare them for later audit’ because “this is the place where they could do least to achieve their declared objective.”

“What is Happy Faces doing to vet the people who they are sending to make sure they are not sending in people who actually want to ‘f*ck sh*t up?’”

One precinct, Jones wrote in the notes, "had only one of two bags of poll pads arrive despite the fact that the system at the warehouse showed that both had been checked out of the warehouse and were on the way."

"[M]any bags of poll pads and other election materials have not been packed yet and paperwork is not matching up" at the county's central elections warehouse in Atlanta, he reported.

"Some bags have everything and others do not, but the full ones are not organized," the notes read. "It is impossible to tell which bags are missing what without doing a manual count and they don't have the manpower for that at the moment."

Jones claims that at one point "someone took the wrong suitcase [of poll pads]," something he indicates is a significant security concern.

"Seems to be a mystery who this person was," he writes. "Should have chain of custody paperwork!! That means that a stranger just walked out with sensitive election materials?"

As previously reported by Human Events News, Raffensperger told Just the News that he supports the ouster of top election officials, but still supports the outcome of the election.

“I have continued to call on the elections director to be removed from his position, and the leadership of Fulton County has continued to fail to act,” Raffensperger said.

“It is no secret that Fulton has had issues in their elections department for decades, which is why I insisted on a state monitor being present to be eyes and ears on the ground,” he continued. “He did not see any evidence of fraud despite having full access, but he saw continued mismanagement, miscommunication, unpreparedness, and sloppiness. Georgia voters deserve better.”