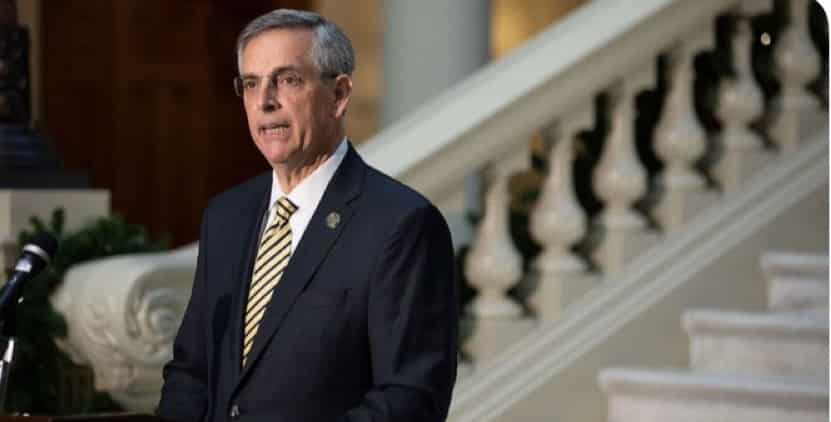 Georgia republicans passed a resolution Saturday to censure Secretary of State Brad Raffensperger for his defense of the state’s election process and refusal to side with President Trump.

Passed at the annual convention on Jekyll Island this weekend, the resolution claims the secretary of state and current Lieutenant Governor Geoff Duncan “denied that there was election fraud and punished Georgia Republican State Senators who asked for election audits.”

Raffensperger was censured for “dereliction of his Constitutional duty,” and the resolution “calls on Governor Brian Kemp and all elected officials to repair the damage that has been done and commit themselves to securing Georgia’s elections.”

The resolution says the secretary of state undermined the security of elections by allowing mass mailings of absentee ballot applications, which “created opportunities for fraud and overwhelmed election offices.”

It goes on to say that absentee ballots made signature matches impossible and ballot drop boxes were allowed without proper chain of custody.”

Both Kemp and Raffensperger are running for reelection.