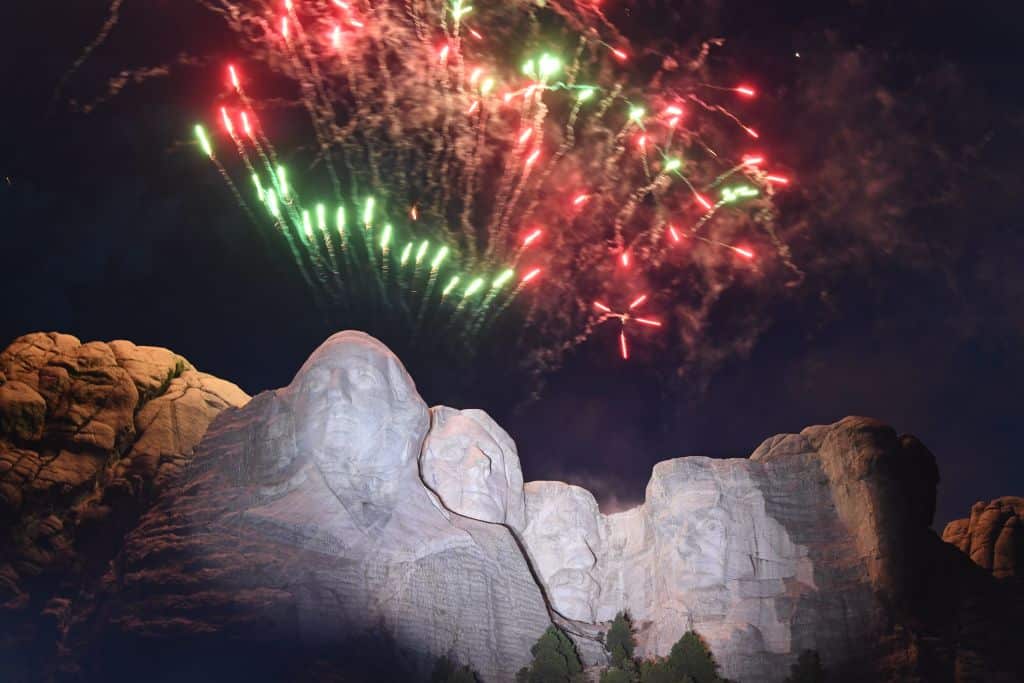 The Fourth of July, properly known as Independence Day, is a day to honor and celebrate our freedom, often associated with fireworks, parades, barbecues and other patriotic festivities.

This year, however, the Biden administration denied a request to host a celebratory fireworks display at Mount Rushmore National Memorial.

South Dakota Gov. Kristi Noem filed a lawsuit against them, and now has the support of seventeen republican attorneys general by means of an amicus brief.

The Biden administration made the un-American decision to cancel the fireworks display in March due to the COVID-19 pandemic. Herbert Frost, a regional director for the National Park Services, said that public health guidance from the CDC “currently recommends that large gatherings be avoided, particularly those in which physical social distancing cannot be maintained between people who live in different households.”

Noem is suing the administration over the decision, calling Mount Rushmore “the very best place to celebrate America’s birthday and all that makes our country special,” per the Epoch Times.

They called the administration’s decision “arbitrary and capricious.”

“Given the importance of the Fourth of July holiday and the special role of Mount Rushmore as a national monument, amici States have an interest in seeing the fireworks display take place this year,” the document reads.

They argued that last year’s celebration at Mount Rushmore was held when the pandemic was worse and prior to vaccine development.

“More than seven thousand visitors attended, and contact tracing has failed to identify even one case of COVID-19 tied to the event,” they wrote.

Human Events news editor Brent Hamachek, who is scheduled to speak at a rally near the site that weekend, said "the fireworks ban is a clear and blatant attempt to simply punish political opponents and eliminate the optics of a bright-light inspiring spectacle set against a patriotic backdrop.

“This is an oppressive state putting a boot lightly on our throat," he added.

Following the announcement of the lawsuit in April, Ian Fury, communications director for Noem, told the Epoch Times that the governor “is going to do everything in her ability to ensure that we can celebrate America’s birthday with fireworks at Mount Rushmore.”