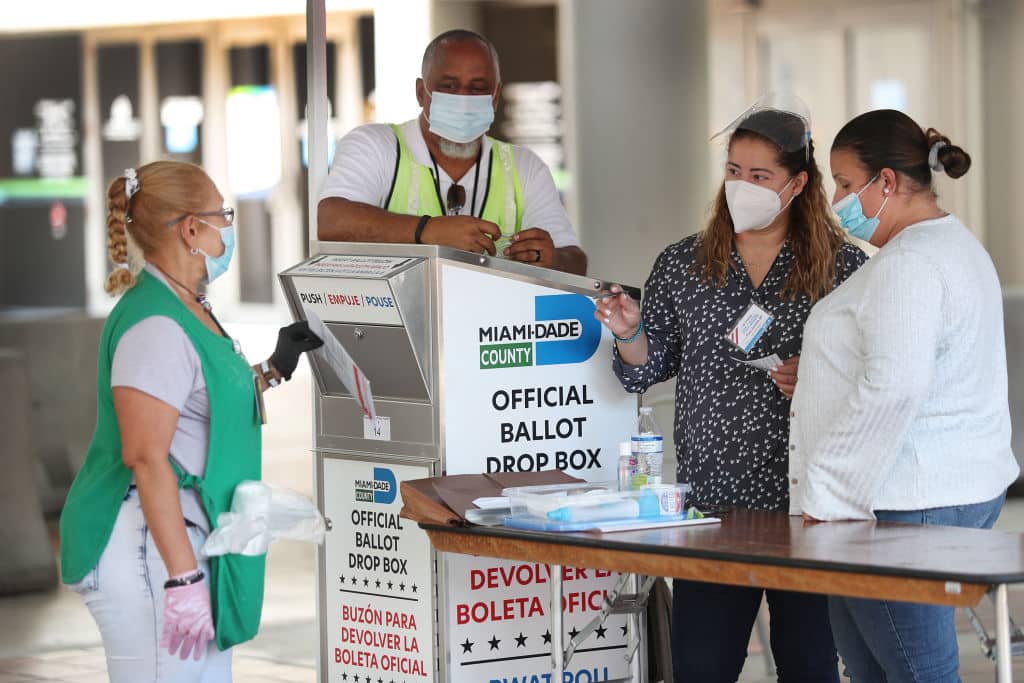 After weeks of negotiations, republicans in the Florida Legislature passed a bill Thursday aimed to protect and ensure free and fair elections.

The bill, similar to the one passed in Georgia, passed both the House (77-40) and the Senate (23-17), and will soon be signed into law by Republican Gov. Ron DeSantis.

The new legislation would allow the use of ballot dropboxes, as long as election officials follow new constraints: limits on who can drop off ballots, a ban on moving boxes within 30 days of elections, restrictions on the location of boxes and requirement of monitoring by election officials, NBC News reports.

Once the bill is signed into law, Florida will be the first state to create new voting protections after businesses across the country decried the state of Georgia for doing the same. Thus far, major corporations have remained quiet on the Sunshine State’s new push, but that’s likely to change.

During the House debate Wednesday, Democrats, to no surprise, blasted the bill as “Jim Crow,” restricting minority voters and Democrats who rely on mail-in voting.

"We are not here because we have a problem with our elections. We are here because the Republican former president lost his re-election in November, and, rather than admitting his defeat, he spun a web of lies, radicalized those lies, in an attempt to explain away the loss," Democratic state Rep. Omari Hardy said.

But, they aren’t restricting minority votes at all. Rather, they are working to ensure free, fair and honest voting for people of all races and political affiliations.

It is crucial to point out a recent headline from the New York Times covering this exact story.

The headline reads as follows:

“Breaking News: Florida passed a host of voting limits in one of America’s most critical battlegrounds, adding to a national Republican push to reduce voting access.”

This headline highlights deliberate and open efforts to lie to and deceive honest Americans as to the nature of the problem and the efforts to reform.

"I take some issue with the fact that we're trying to somehow restrict the vote. There are more ways to vote in Florida and a longer opportunity than just about any state in the nation," Republican state Rep. Ralph Massullo said. "Fraud will be reduced as much as we can possibly do it with the work we're doing today.”