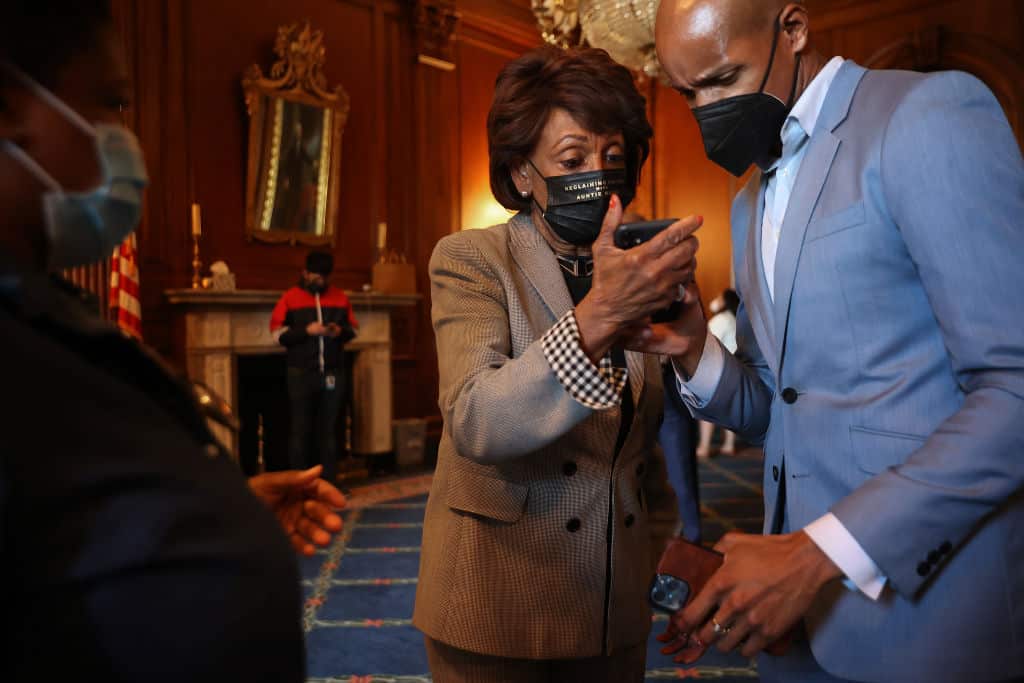 “You know, someone said it better than me,” she said. “I’m not celebrating, I’m relieved.”

This comes after she seemingly provoked violence over the weekend.

In case you aren’t familiar with the comments, during a protest in Brooklyn Center, Waters encouraged people to “take to the streets” if Derek Chauvin was not found guilty of murder, as reported by Human Events News.

“We’re looking for a guilty verdict,” Waters said. “And we’re looking to see if all of the talk that took place and has been taking place after they saw what happened to George Floyd, if nothing does not happen, then we know that we’ve got to not only stay in the street, but we’ve got to fight for justice. But I am very hopeful, and I hope we are going to get a verdict that says ‘guilty, guilty, guilty.’ If we don’t, we cannot go away.”

Chauvin’s attorney requested the judge declare a mistrial over the comments, arguing she had prejudiced the jury.

While Judge Peter Cahill denied the request, he said that Waters’ comments were “abhorrent” and she may have handed the defense an opportunity to overturn the trial.

“I’ll give you that Congresswoman Waters may have given you something on appeal that may result in this whole trial being overturned,” Cahill said as arguments concluded Monday and the jury began deliberating.

Shortly after the reading, Alan Dershowitz, President Trump’s impeachment defense attorney, said “the verdict is very questionable because of the outside influences of people like Al Shaprton, and people like Maxine Waters.”