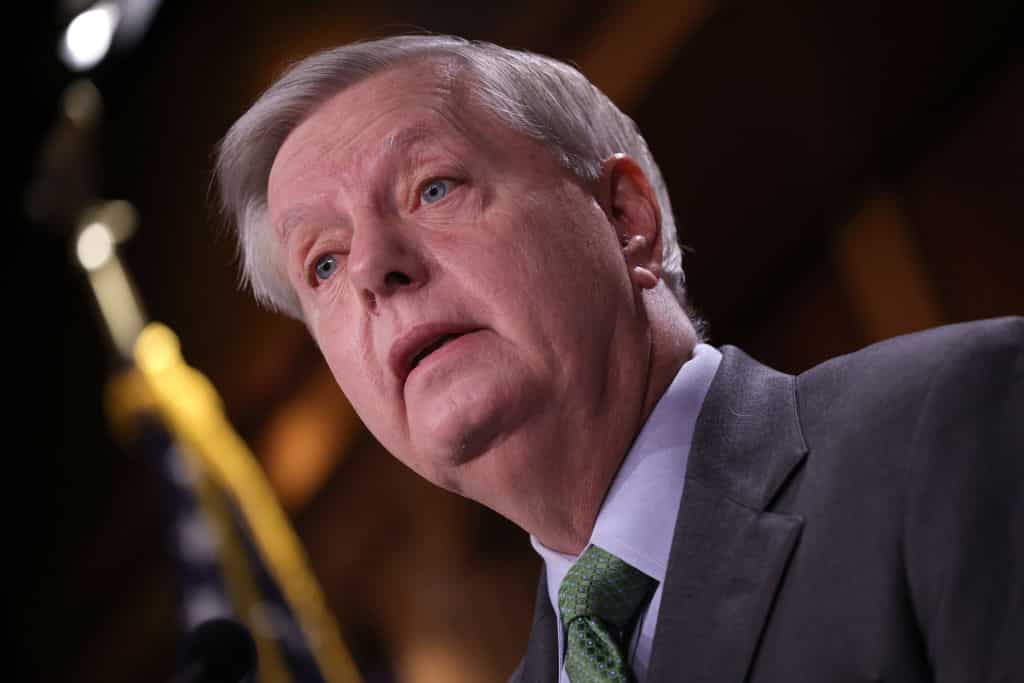 “I could not disagree more with former President Trump regarding his support for President Biden’s withdrawal of all forces from Afghanistan against sound military advice,” he wrote in a series of tweets.

The agreement on Afghanistan is perhaps the first policy intersection of Trump and Biden.

“I planned to withdraw on May 1st, and we should keep as close to that schedule as possible,” Trump urged.

Graham, who previously denounced Biden’s plan to pull all troops out of the country, added: “With all due respect to former President Trump, there is nothing ‘wonderful’ or ‘positive’ about allowing safe havens and sanctuary for terrorists to reemerge in Afghanistan or see Afghanistan be drawn back into another civil war.”

“I’m well aware our military and intelligence communities argued strenuously to both President Biden and President Trump that a small but capable residual counter-terrorism force be left in Afghanistan,”  he added.

“These forces act as an insurance policy to prevent the rise of ISIS and al-Qaeda, which threaten the American homeland, as well as to prevent another Afghan civil war.”

Graham shed doubt on the Taliban’s ability to control al-Qarda and ISIS, which he said is a key provision in the deal to withdraw troops.

“The intelligence regarding withdrawal is ominous for US. interests and no one believes the Taliban can be trusted to police al-Qaeda and ISIS as envisioned by the Biden-Trump plan.”

He also boldly addressed both Biden and Trump as “General”

“We will see if ‘General’ Biden and ‘General’ Trump’s withdrawal strategy turns out to be sound national security policy,” he wrote. “For the sake of our nation, the people of Afghanistan, and the entire region I hope President Biden and former President Trump are proven right and our military and intelligence communities are proven wrong.”

“However, I very seriously doubt it as I have seen this movie in Iraq and I fear that over time Afghanistan will become worse. It is important history judge those who make these decisions fairly but firmly,” he added.

This isn’t the first time Graham has taken a strong stance on Afghanistan and seemingly revealed his desire to participate in endless foreign wars.

On Tuesday, just a day before Biden formally laid out his plan, Graham blasted the move: “A full withdrawal from Afghanistan is dumber than dirt and devilishly dangerous. President Biden will have, in essence, cancelled an insurance policy against another 9/11.”

On Wednesday, Biden revealed his plan to pull troops out of Afghanistan, closing the chapter on America’s longest war, by September 11. This, however, is 4 months later than Trump’s initial May 1 deadline, which was set in an agreement between the Taliban and Trump administration, The Hill reports.

In a speech, Biden said “War in Afghanistan was never meant to be a multigenerational undertaking,” adding “it’s time to end the forever war.”