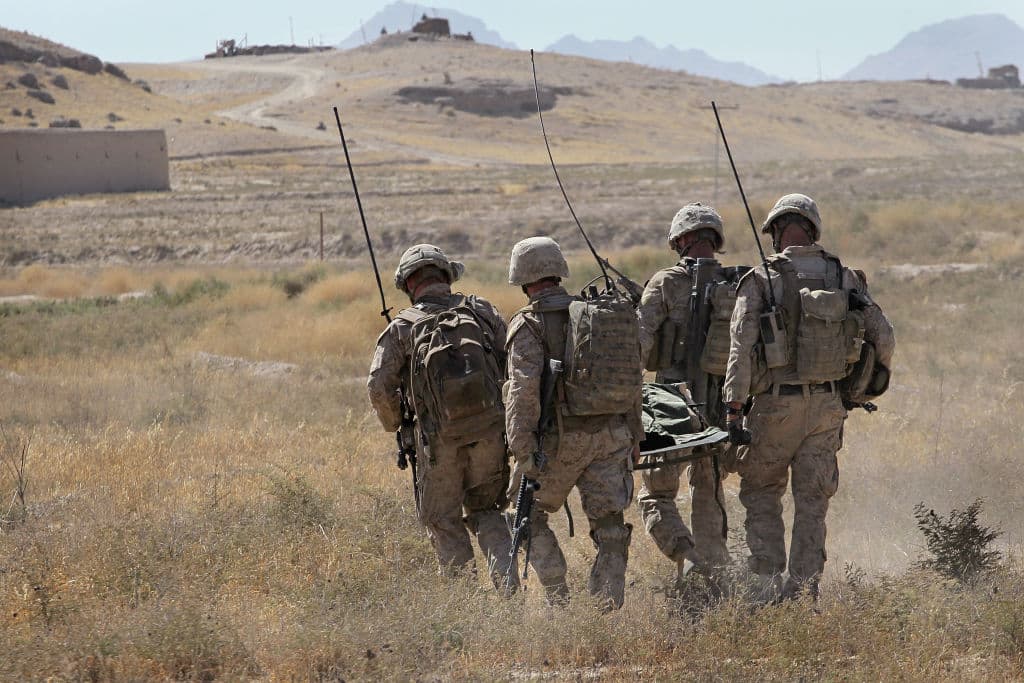 While they would normally be taking a traditional winter break from front-line duty, Taliban fighters have been called to action amid growing concerns that the Biden administration will not withdraw troops by the agreed May deadline.

Will this endless war continue?

“Senior commanders and governors have been directed to return to their positions and attend special sessions and discussions to chalk out a future strategy,” one Taliban commander in Helmand province said, according to NBC News.

He added there were “multiple issues” that the movement’s leadership needed to address, including a “deadlock” in the peace talks with the Afghan government and doubts about the future raised by the Biden administration.

The comments come amid warnings about escalating violence from local and foreign officials, with Joe Biden debating what to do next in America’s longest war.

There are currently around 2,500 U.S. troops in Afghanistan, which is the lowest number since 2001.

If Joe Biden were to continue with the withdrawal, this would mark the end to nearly 20 years of war in Afghanistan, but would risk emboldening the Taliban in a new civil war.

A Taliban political leader in Doha, Qatar said that commanders of “important” districts had been recalled to their positions, according to NBC News.

He also said that the group’s plan is to try and capture important provinces in the event that talks with the Afghan government fail and Biden keeps troops in the country beyond the set deadline.

“History has proven that the Afghan Mujahid nation can valiantly defend its values, soil, homeland and rights,” Taliban spokesman Zabihullah Mujahid said in a statement this week.

The Biden team said it is reviewing the situation in Afghanistan, and is prepared to delay the withdrawal if necessary.