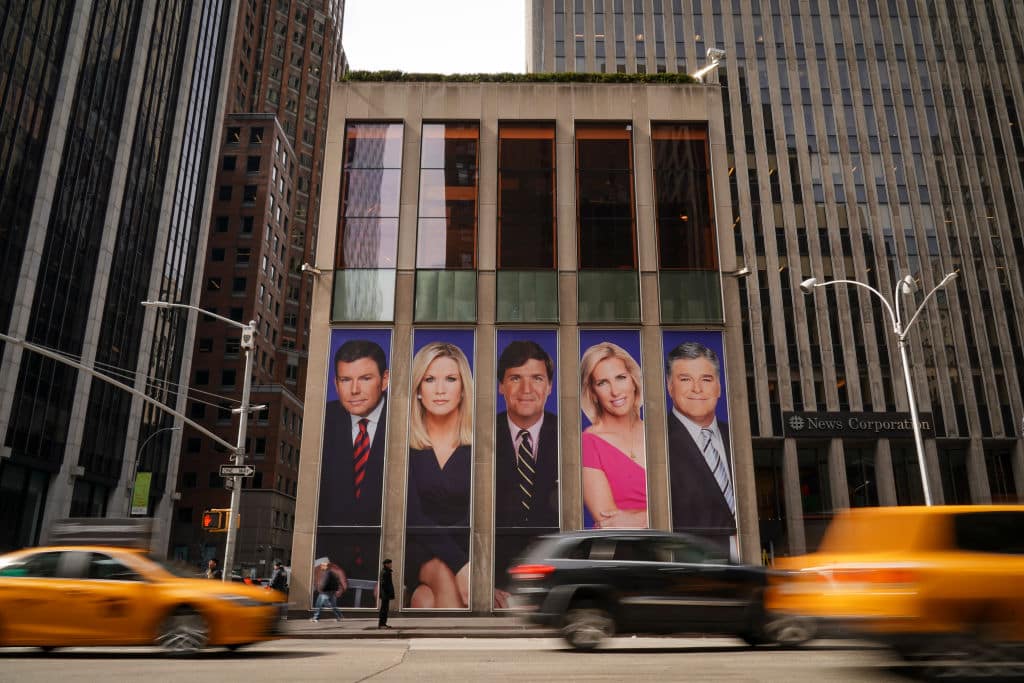 Amidst a public quarrel with the Anti-Defamation League, Fox News CEO Lachlan Murdoch said he will not fire the wildly popular TV host Tucker Carlson.

“With all due respect, Mr. Carlson’s attempt to at first dismiss this theory, while in the very next breath endorsing it under cover of a ‘voting rights question,’ does not give him free license to invoke a white supremacist trope. In fact, it’s worse, because he;s using a straw man - voting rights - to give an underhanded endorsement of white supremacist beleifs while ironically suggesting it’s not really white supremacism,” Greenblatt said.

The ADL’s argument is that Carlson was referencing the “white replacement theory,” or the idea that global elites want to flood Western countries with immigrants due to plummeting birth rates, the Epoch Times reports.

But, he wasn’t doing that at all. Here’s exactly what he said.

Carlson, who was born in San Francisco, urged that the state of California is now democratic because the “population changed.”

“If you were actually from there, if you lived in the state of California in 1980, you probably still voted republican,” he said. “You hadn’t really changed. But as your state swelled with foreign voters,  your views became irrelevant.”

“The power to control your own life disappeared with the arrival of new people who diluted your vote. That was the whole point. That’s not democracy. It’s cheating,” he added. “On a basic level, it is a voting rights question. One person equals one vote. If you change the population, you dilute the political power of the people who live there. So every time they import a new voter, I become disenfranchised as a current voter.”

He added: “So I don’t understand what we don’t understand ‘cause, I mean, everyone wants to make a racial issue out of it. Oh, you know, the white replacement theory? No, no no. This is a voting-rights question. I have less political power because they are importing a brand new electorate. Why should I sit back and take that? The power that I have as an American guaranteed at birth is one man, one vote, and they are diluting it. No, they are not allowed to do that. Why are we putting up with this?”

Carlson’s questions are valid and indeed shared by a good portion of the country.

“Nothing he said there is controversial,” Kirk said. “It's factual and it's true.”

“If there were 350,000 Polish and Ukrainian, Eastern Europeans, on the southern border, do you think democrats would want them in our country? Of course not, they vote reliably republican. Do you think if there were 200,000 Venezuelans wanting to come into America, democrats would want them in America? Of course not. Democrats have found a specific, reliable group that is more likely to vote democrat than not.”

As a result, Kirk found himself under the same spurious attacks Carlson did.