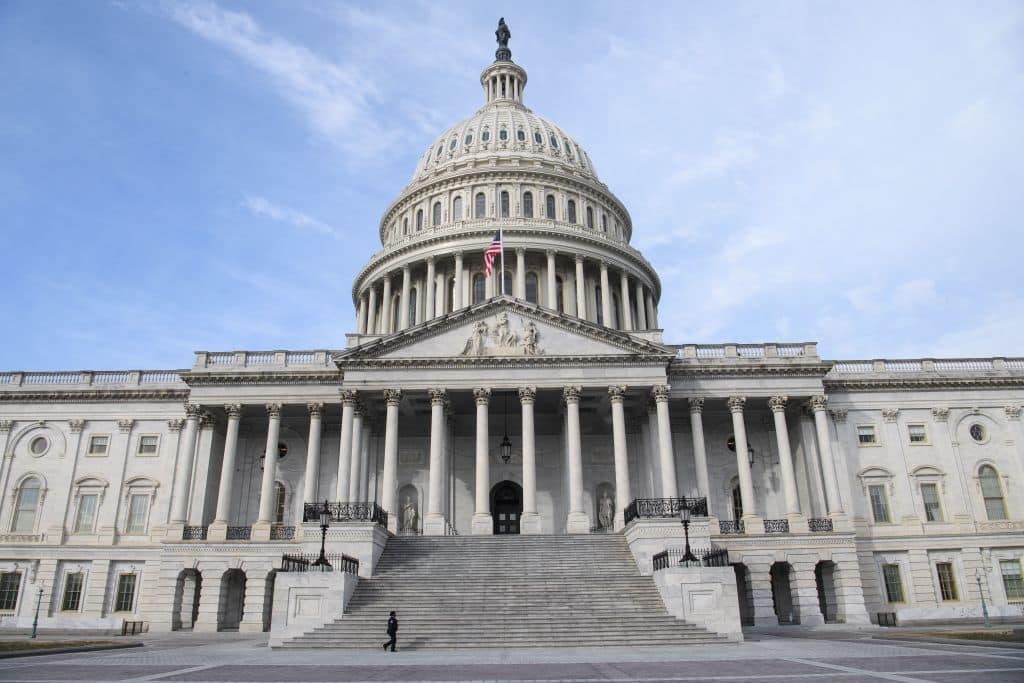 This is the first piece in a series Human Events will be doing about the first Senate hearing on team-left’s election nationalization bill.

In a Senate hearing Wednesday, lawmakers on both sides of the aisle had their first opportunity to debate on democrats’ legislation to federalize elections and rob states of their ability to implement election integrity measures like voter ID.

The bill, commonly known as H.R. 1 but properly known as the “For the People Act,” would also legalize the practice of ballot harvesting across the country; establish same-day voter registration; create massive public financing for federal campaigns; make the Federal Election Commission more partisan; and transfer state legislatures’ authority to draw congressional districts to unelected bureaucrats, the Daily Signal reports.

Here are some of the main takeaways, per the Daily Signal.

2. Mao-esque: Democrats Want to Change the Rules to Remain in Power

Sen. Bill Hagerty (R-TN) drew a comparison between the bill and the Nicolás Maduro regime in Venezuela, and Mao Zedong in China.

“This bill, by eliminating common sense security measures for voting, by bypassing elected state representatives is really a power grab by those politicians that are currently in power, that wrote this bill to use their power - even though it’s so thin, a 50-50 Senate - to use their power to fundamentally change the rules of the game so they stay in power permanently,” Hagerty said.

West Virginia Secretary of State Mac Warner agreed, saying: “that’s what it would appear to be, Senator.”

Hagerty urged that the democrats designed the bill to give themselves a bigger majority.

“Doesn’t using government power to ensure you stay in power sound more like the Maduro regime or Chairman Mao’s regime, rather than something that happens here in the United States?,” Hagerty asked.

Indiana Attorney General Todd Rokita said, “I have never seen a group of people complain so much after winning.”

Hagerty noted that the bill would dismantle most state voter identification laws aimed at preventing fraud.

“Is requiring a voter to present a reliable form of identification an important method of determining a voter is who that voter claims to be, not trying to impersonate someone else?,” he asked.

Rokita urged: “You can say there is voter fraud or not voter fraud in your state. It depends on if you are looking. Number two, it is a very difficult crime to spot because the evidence goes away right after the vote is cast. There is no dead body with an outline to make afterward to prove a crime. So, it’s very difficult, and prosecutors don’t like prosecuting [voter fraud] because it’s very different from the crimes they are used to prosecuting. That shouldn’t be the measure. The measure should be the confidence that it brings to the process.”

Meanwhile, Eric Holder argued that voter fraud is a farce.

“There is a large and powerful faction in this country intent on retaining power, and who will bend or break the rules of our democracy in order to do so,” he said.

“The attack on our system of government did not begin nor end with the insurrection at our Capitol on January 6. For years now, politicians have spread the same lies about voter fraud and expressed falsehoods about the integrity of our electoral system,” he added.

“The fact is, there is no evidence of widespread or systemic fraud during the 2020 election or at any other time.”

Holder identified an “undemocratic trinity” of issues like “gerrymandering, voter suppression and dark money.” He urged that the democrats’ bill would “get rid of all of them at once.”

“The For the People Act is a necessary and appropriate response to both the erosion of voting rights and the advancement of special interests,” he said.

“We keep hearing this cry about voter fraud,” he said. “It simply doesn’t exist. Simply because you say it doesn’t mean it exists.”

A side note: according to the Heritage Foundation’s voter fraud database, there have been more than 1,300 proven instances of voter fraud since the 1980s.

3. For the People Act? More Like ‘Corrupt Politicians Act.’

Sen. Ted Cruz called the legislation a “brazen and shameless power grab by democrats,” referring to it as the “Corrupt Politicians Act.”

“Everyone knows there are millions of illegal aliens who have driver’s licenses, who are getting welfare benefits, who attend public universities. This bill is designed to register everyone of those illegal aliens.”

He asked Rokita about the impact of automatically registering illegal aliens to vote.

“Despite the cost and everything in the system, it would dilute the votes of every citizen who is supposed to be voting” Rokita answered. “So they want more turnout and more people to participate. And you cannot vote in this country unless you are a United States citizen in a federal election.”

Cruz added that illegals aren’t the only ones who would be granted the opportunity to vote.

“This bill is designed to get criminals to vote,” he said. “A great many states across this country prohibit felons from voting. This bill strikes down all those laws. This bill says if you are a murderer, if you are a rapist, if you are a child molester, we the democrats want you voting.”

“They understand that criminals and illegal aliens are much more likely to vote for democrats.”