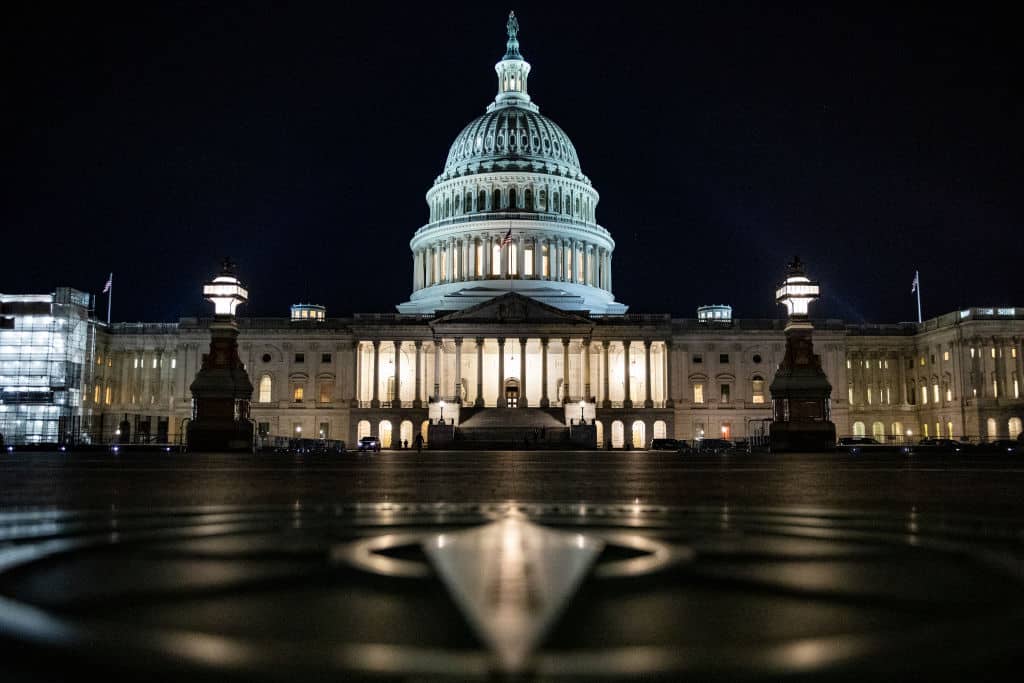 In a Senate hearing Wednesday, lawmakers on both sides of the aisle had a debate over a bill that would make gender identity and sexual orientation protected under federal law.

The bill, titled the Equality Act, is one of Biden’s top priorities during his first 100 days in office: “no one should ever face discrimination or live in fear because of who they are or whom they love.”

The Senate Judiciary Committee spent several hours listening to witnesses’ testimony and arguments for and against the bill.

During the hearing, team-right lawmakers argued that the bill would ultimately infringe upon religious freedoms and rights of parents, women and children.

“Everyone should be treated with dignity and respect,” Sen. Chuck Grassley said. “But the Equality Act, I strongly suspect, would actually dictate what women, girls, schools, churches, doctors and others must believe.”

Lawmakers on team-left argued that everyone deserves equal protection under the law.

Here are four main takeaways, as reported by the Daily Signal.

1. The title is misleading.

Opponents of the bill argued that its title is misleading because it ultimately destroys the equality women have been fighting for.

Sen. Cindy Hyde-Smith (R-Miss) said its “misnamed because although this act supports the prevention of discrimination, it actually causes it by undermining hard-fought protections for women.”

By expanding the definition of sex under federal law to include gender identity and sexual orientation, the Act eliminates women-only spaces like locker rooms, restrooms, sororities and athletic teams, Hyde-Smith noted. This would give a green light to men with violent intentions to victimize women.

2. Everyone should have the same protections under law.

Supporters of the bill argued that the legislation would not have negative impacts on women, rather it would just provide everyone with the same protections.

“We need the Equality Act to set all of our people free,” Alphonso David, president of the Human Rights Campaign, said. “All we are asking for is the same protections under law that should be guaranteed to every single person in this nation.”

Sen. Dick Durbin compared the Equality Act to the fight for racial equality, women’s right to vote and protections for disabled persons.

3. Women and girls are the only ones ‘asked to bear this risk’

Team-right lawmakers argued that the future of women's sports will go down the drain.

In 2015, “Allyson Felix, [a] great American sprinter, ran the 400-meter in 49.26 seconds,” Shrier said. “And in 2018, nearly 300 high school boys could beat her. So what that means is America would never know the name Allyson Felix,” Abigail Shrier, an independent journalist and author of the book Irreversible Damage: The Transgender Craze Seducing Our Daughters, said.

The unfairness of the Equality Act is highlighted in a flawed assumption that “girls can take it,” Shrier added.

4. The bill goes 'where no federal law has gone before'

“Biological sex matters in law, medicine and for many of us, in the practice of our faith,” Mary Rice Hasson, a Catholic studies fellow at the Ethics and Public Policy Center said. “The Equality Act goes where no federal law has gone before.”

The act would essentially prevent religious institutions from “having recourse” to the protection earlier law provides, Hasson argued.

The actt would prohibit discrimination on the basis of sexual orientation and gender identity within “places of public accomodation,” which would include churches, mosques, temples and other houses of worship.

Hasson added that the legislation “ties the hands of religious believers and says, ‘you are not welcome to live your faith in the public square.’”