These Are the 10 Worst Colleges For Free Speech 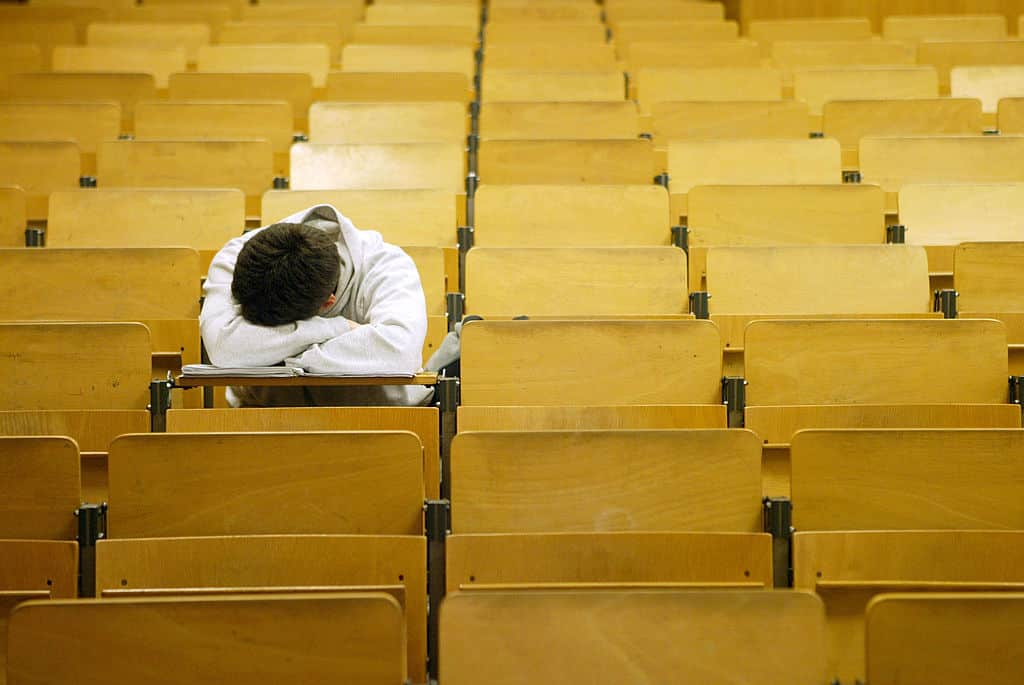 “Congress shall make no law respecting an establishment of religion, or prohibiting the free exercise thereof; or abridging the freedom of speech, or of the press; or the right of the people peaceably to assemble, and to petition the Government for a redress of grievances.”

Over the last few years, free speech has truly been put to the test. Speech is protected under the First Amendment to the Constitution, but that protection seems to only include speech that is progressive and contributes to the widespread liberal narrative our country is seeing.

Perhaps the most notorious culprit of restricting speech is liberal academia. Indeed, college campuses pride themselves on being institutions of higher learning and the free-flow of ideas, but that depends on the content in discussion.

This year, the Foundation for Individual Rights in Education released its 10th list of the “worst colleges for free speech,” aimed to expose the colleges that strip students of their Constitutional right.

According to the foundation, the colleges on the list “went out of their way to threaten student journalists, dismiss professors for protected speech, render a student homeless during a pandemic for his speech, and refuse club recognition for groups just  because of their viewpoint.”

The list, which is composed of both public and private universities, is presented in no particular order.

Here are 2021’s worst colleges and universities for free speech.

University of Tennessee (Memphis, Tenn.): Administrators moved to expel one pharmacy student because her personal social media activity was too “sexual.” Kimberly Dei uses social media to discuss topics of interest and her views about sexuality. The university committee alleged that her posts violated the college’s “professionalism” standards, though she did not include the school’s name in any of her posts. On February 3, she sued university officials for their vague professionalism policies, as well as the university’s multiple disciplinary actions against her for her constitutionally-protected expression.

St. John’s University (Queens, N.Y.): One adjunct professor, Richard Taylor, was removed from the classroom for violation of the school’s anti-bias policy. What exactly did he do? He asked his history students to consider whether transatlantic trade had any positive effects on biodiversity. The university refused to share evidence or rationale, instead accused Taylor of asking students to justify slavery.

Collin College (McKinney, Texas): Collin College history professor Lora Burnett publicly criticized Mike Pence during the vice presidential debate, tweeting that the “moderator needs to talk over Mike Pence until he shuts his little demon mouth up.” In response, the community college issued a public statement condemning her tweets, saying they “may” be protected by the First Amendment. Privately, the college’s president wrote to faculty members that the tweets attracted the attention of elected officials, most calling for her termination. The college added “execution of personnel policies will not be played out in a public manner,” implying that Burnett could be punished for her protected speech. She received a written warning concerning her use of the college’s email address to respond to critics.

Haskell Indian Nations University (Lawrence, Kan.): In April, a student by the name of Russell Parer was kicked out of university housing during a statewide stay-at-home order after calling a staffer an “a** hole” and said he was on a “power trip” for threatening to tow Parker’s car. The university accused Parker of “threatening a federal employee” and suspended him.

New York University (New York, N.Y.): In March of last year, the NYU Grossman School of Medicine and NYU Langone Health sent a warning to faculty doctors: Keep quiet about the impact of the coronavirus, or risk punishment. Per the order, NYU medical faculty were required to receive permission from the Office of Communications and Marketing prior to speaking with reporters about the decisions they were being forced to make as a medical emergency overwhelmed the city.

Duquesne University (Pittsburgh, Pa.): Professor Gary Shank was suspended and later terminated for saying the N-word during a relevant class discussion about why it is inappropriate to use the word. Students posted a video to Twitter showing the professor using the word during the discussion, leading to his termination.

Frostburg State University (Frostburg, Md.): Resident assistants were threatened that if they spoke to the media about how the university was handling the pandemic, they could be fired. “In the real world, if you bad mouth your employer, you could lose your job,” the email said. Keep in mind, the university is public and thus legally obligated to respect its employees’ First Amendment rights.

Northwestern University in Qatar (Doha, Qatar): In February of last year, the university satellite campus canceled an event on “media revolutions in the Middle East,” which was supposed to include a Lebanese indie rockband with an openly gay lead singer - in an “abundance of caution due to several factors, including safety concerns for the band and the community.” Critics used Twitter to demand the event be canceled, and the Qatar Foundation affirmed it was canceled due to it being against Islamic values.

University of Illinois at Chicago: Professor Jason Kilborn asked an exam question in his civil procedure class involving a hypothetical situation where a woman accused her former employer of discrimination. In the question, it includes the fact that the woman says she was called - a ‘n___’ and a ‘b____,’ written and censored just like that. A student petition accused him of using “dark and vile verbiage” and “racist content.” The exam remains “under investigation.”

Fordham University (New York, N.Y.): Student Austin Tong was suspended for two Instagram posts. One shows him holding his legally-owned rifle off campus, with a caption memorializing the Tiananmen Square massacre. The other laments the “nonchalant societal reaction” to retired St. Louis Police Captain David Dorn’s death. Tong sued the university, but his case was dismissed.

Syracuse University (Syracuse, N.Y.): The university has experienced years of speech restriction and has landed itself the Lifetime Censorship Award, meaning its restriction is off the charts. Most recently, the private university rejected a Young Americans for Freedom chapter because of its conservative viewpoints, banned all fraternity and social activity despite no evidence of misconduct and placed a professor on leave for writing “Wuhan Flu or Chinese Communist Party Virus” on his course syllabus.

“While we believe these are the worst schools for free speech, colleges all over the country are routinely bad actors,” the Foundation for Individual Rights in Education said.

“We’re standing by to protect your rights as we consider contenders for next year’s list.”