Why is Winston Churchill Part of the American Political Divide? 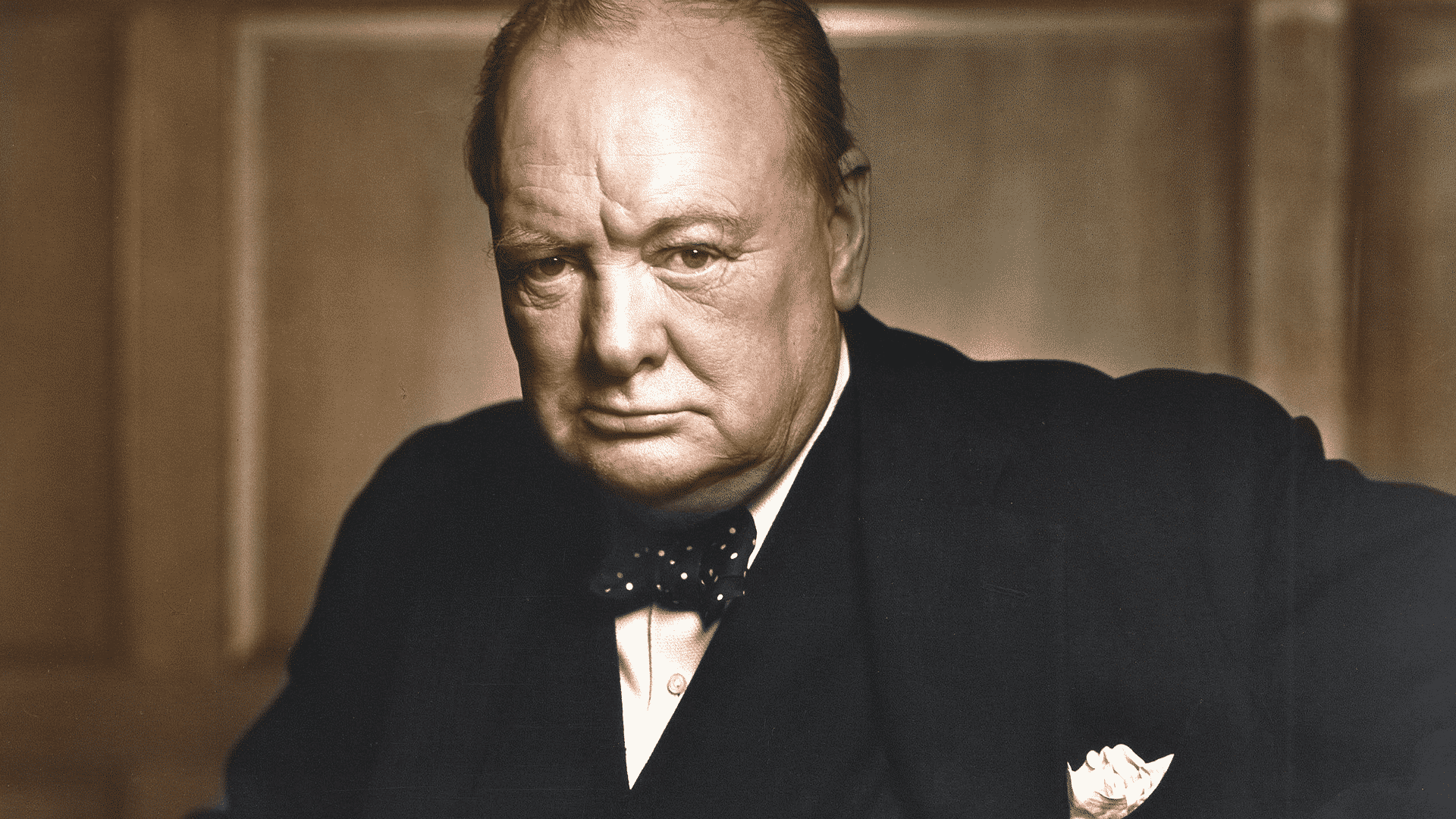 It is reported that President Biden ordered the bust of Winston Churchill removed from the Oval Office. Twelve years ago, President Obama did the same thing. British Prime Minister Tony Blair had presented the Churchill bust to President George W. Bush after the 9/11 attacks, and Bush proudly displayed it in the Oval Office. When President Trump moved into the White House in 2017, the Churchill bust returned. Modern Republican Presidents honor Churchill’s legacy; Modern Democratic Presidents don’t. Churchill, it seems, is part of the American political divide.

Why don’t Democratic Presidents, unlike Republicans, deem it important to honor Churchill’s memory? What is it about the late British statesman and army officer that produces such different political reactions? Why is Churchill so anathema to recent Democratic Presidents—and leftists more broadly? (In June of last year, Churchill’s statue in Parliament Square was defaced by Black Lives Matter activists who wrote “Racist” on its base, prompting British authorities to install protective covering for the statue.)

Winston Churchill at a conference in Quebec.[/caption]

POLITICIZING THE MEMORY OF WINSTON CHURCHILL

During his own long political career in Britain, Churchill was a polarizing figure. He changed political parties twice. Much of the political class in Britain viewed him as reckless, untrustworthy, and dangerous. In the days leading up to the First World War, Churchill, as First Lord of the Admiralty, ensured that the British Navy was ready when war came. As Churchill wrote in The World Crisis, from the war’s “first moment the sea-power of Great Britain ruled unchallenged throughout the world.” He proudly boasted that during the transport of the British army to France, “Not a ship was sunk, not a man was drowned: all arrangements worked with the utmost smoothness and punctuality.”

During the next few weeks, Winston Churchill would go on to save Western civilization...

Yet, just a year later, Churchill would be forced to resign from the War Cabinet due to the failure of the Dardanelles campaign, for which he unfairly received the whole blame. (This British military campaign to force the straits with the goal of defeating the Ottoman Empire and linking up with Russian forces, which Churchill, among others in the War Cabinet, championed, failed due to the lack of navy-army coordination and poor execution. Instead of using sea power to circumvent the stalemate on the Western Front, British and allied army forces became bogged down on the Gallipoli Peninsula. They suffered more than 100,000 casualties before they withdrew.)

After rejoining the Conservative Party and serving as Chancellor of the Exchequer in the mid-to-late 1920s, Churchill was deliberately excluded from high office for ten years. It was during this time in the “political wilderness” that Churchill repeatedly spoke in Parliament about the growing Nazi threat, but his prophetic warnings were dismissed as the irresponsible and dangerous ravings of a warmonger. Even when events proved Churchill right and the war situation cried out for strong leadership, it was only with extreme reluctance that King George VI summoned Churchill to become Prime Minister in May 1940.

During the next few weeks, Winston Churchill would go on to save Western civilization by almost single-handedly resisting pressure to make a deal with Hitler and by (to paraphrase the American war correspondent Edward R. Murrow) mobilizing the English language and sending it into battle.

After Germany’s defeat and as the war neared its end, Churchill abruptly fell from power as the war-weary British electorate voted overwhelmingly for the Labor Party, which offered them the promise of socialism. Out of power, Churchill, in an early 1946 speech at Westminster College in Fulton, Missouri, warned the West that an “iron curtain” had descended over Central and Eastern Europe. Recalling his wilderness years, he reminded his audience, “Last time I saw it all coming, and I cried aloud to my own fellow countrymen and to the world, but no one paid any attention.”

Winston Churchill at the Yalta Conference.[/caption]

Winston Churchill saved Western civilization from Nazi tyranny and alerted the world to the danger of Soviet tyranny. Previous Democratic Presidents, like John F. Kennedy, revered Churchill—JFK conferred honorary U.S. citizenship on the former British leader in April 1963, and praised Churchill as “the most honored and honorable man to walk the stage of human history in the time in which we live.”

But that was the old Democratic Party.

Today, Churchill is not “woke” enough for Democratic Presidents. He was a 19th-century man with traditional Victorian values, a champion of British imperialism who gloried in British history and conquest. He believed with all of his heart and mind in the superiority of Western civilization, and that belief is unacceptable and denounced by the Left today. It is no accident, as the Marxists like to say, that leftist mobs in London attacked Churchill’s statue. For the left, Churchill only symbolizes colonialism, racism, and xenophobia. They’ve ignored or tried to erase the memory of Churchill as a defender of democracy and savior of our civilization.

News reports indicate that the Churchill bust was replaced with the bust of Robert F. Kennedy (RFK), who spent three utterly unremarkable years as U.S. Attorney General trying to assassinate Cuban leader Fidel Castro, promoting military intervention in Southeast Asia, bugging Martin Luther King Jr., using the IRS to attack political opponents, and protecting his brother, the President, against allegations of mob ties and serial adultery. But when he campaigned for president in 1967, RFK went “woke,” becoming the “peace” candidate and sympathizing with the radicals in the streets who sought to tear America apart. Apparently for some—including our country’s new President—that symbolism trumps paying homage to the savior of Western civilization. A civilization is in peril when its leaders lose faith in it.