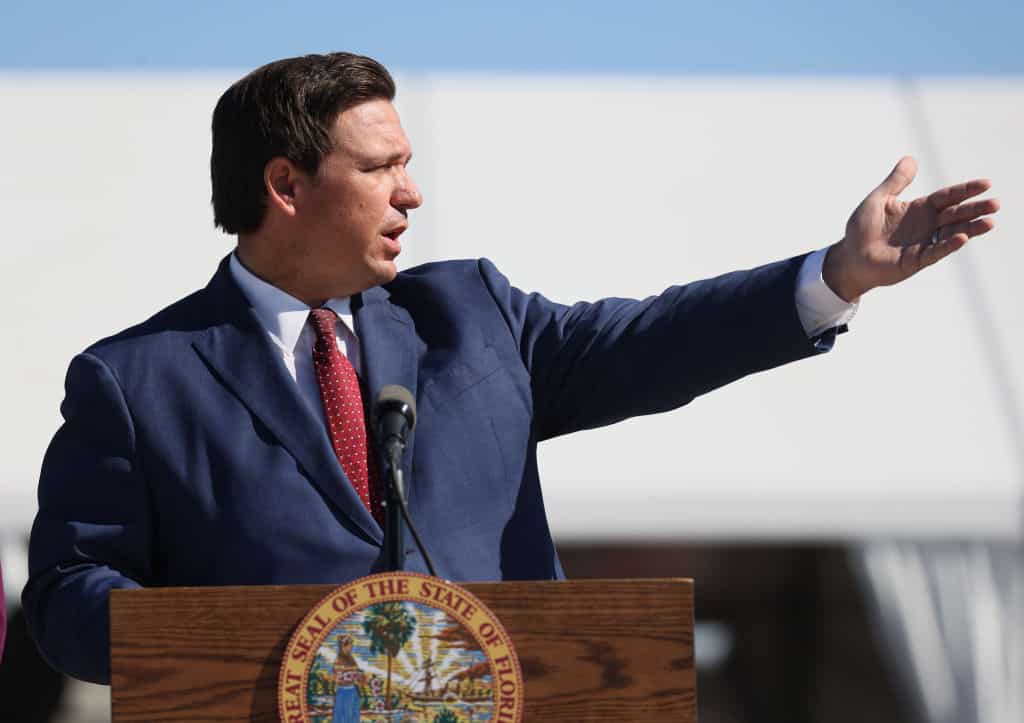 In an effort to protect Floridians, Gov. Ron DeSantis announced support for legislation that would combat the Big Tech conglomerate’s censorship crusade.

The governor made comments from Tallahassee on Tuesday about technology companies, urging that Floridians deserve to have their online data and ability to freely participate in social media protected.

“It’s high time that we step up to the plate to ensure the protection of the people and their rights,” DeSantis said.

He called Big Tech companies “enforcers of preferred narratives” whose intentions are “not in the public interest.”

“As these companies have grown and their influence expanded, big tech has come to look more like big brother with each passing day,” he added.

The legislation - proposed by Florida’s republican legislators - seeks target technology moguls like Facebook, Twitter, Google, Amazon and Apple, which have all been responsible for the recent slew of conservative censorship and blacklisting.

The governor said Trump being taken off Twitter was a double standard, noting people like Ayatollah Khomeini of Iran who are still able to have an account.

“They have so much garbage and filth on that platform…[Twitter’s] excuse doesn’t hold water,” he said.”No group of people should exercise such power, especially not tech billionaires in Northern California.”

The legislation proposed would address “censorship” and “deplatforming,” WTXL Tallahassee reports. DeSantis plans to tackle “viewpoint discrimination” against conservative voices and force these companies to be increasingly transparent about their terms and conditions.

“When a social media company applies these standards unequally on users, this is discrimination, pure and simple,” he said.

Here is what Florida legislators plan to tackle this term: Require companies to give “proper notice and disclosure” of changes to their platform’s policies, require platforms to inform users of any actions taken against them for violating their policies, prevent platforms from “rapidly changing” standards and applying them unequally against users, give users options to opt-out of algorithms the platforms use to steer and suppress content, enable users to bring a “cause of action” against a technology company for violating the requirements of Florida law, and empower Attorney General to take action against a technology company for violations under Florida’s Unfair and Deceptive Trade Practices Act.

Furthermore, the governor discussed Big Tech’s involvement in elections, accusing the companies of altering algorithms to favor their chosen candidate. Thus, the legislation would penalize companies who “deplatform” a candidate for office in the Sunshine State.

“Under our proposal, if a technology company deplatforms a candidate for elected office in Florida during an election, the company will face a daily fine of $100,000 until the candidate’s access to the platform is restored,” DeSantis said.

“The message is loud and clear,” he warned. “When it comes to elections in Florida, Big Tech should stay out of it.”