Canceling the Keystone Pipeline Is a Mistake. 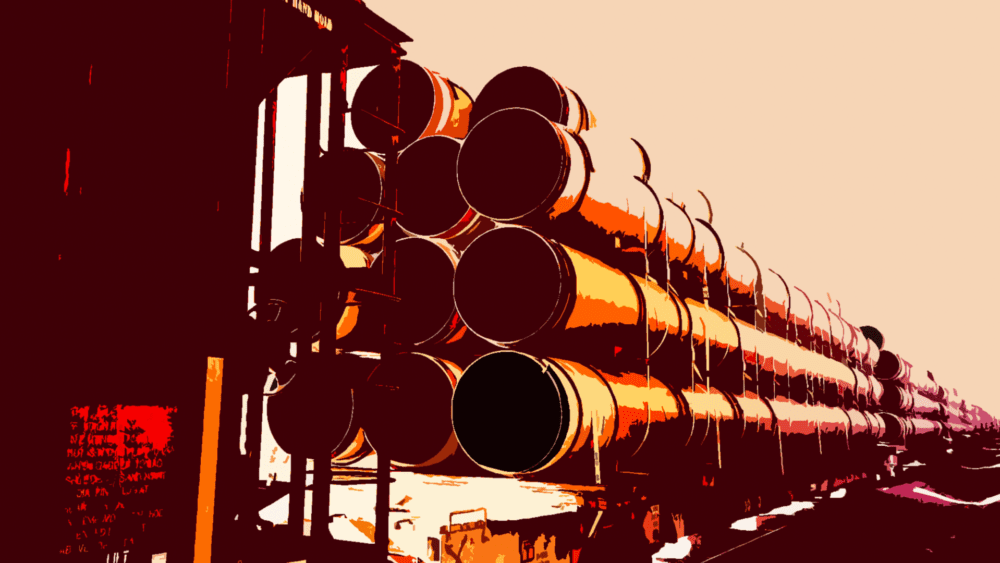 On his first day as the 46th President of the United States, Joe Biden signed an executive order revoking permission for the construction of the Keystone XL oil pipeline, an $8 billion, a 1,200-mile-long project that was supposed to carry up to 830,000 barrels of oil per day. The order overturned the decision of his predecessor, Donald Trump, who issued a presidential permit in 2019 giving TC Energy (formerly known as TransCanada, the Calgary-based firm behind the project) permission to “construct, connect, operate and maintain” the pipeline in U.S. territory.

[I]t is essential to America’s goal of reducing its dependence on foreign oil, forging a better relationship with its neighbors, and recovering from the economic crisis.

According to President Biden’s executive order, “leaving the Keystone XL pipeline permit in place” would be inconsistent with his “Administration's economic and climate imperatives,” as “the United States and the world face a climate crisis” that “must be met with action on a scale and at a speed commensurate with the need to avoid setting the world on a dangerous, potentially catastrophic, climate trajectory.”

This decision is misguided, however. The Keystone XL pipeline does not “disserve” U.S. national interest; rather, it is essential to America’s goal of reducing its dependence on foreign oil, forging a better relationship with its neighbors, and recovering from the economic crisis.

ECONOMICS AND GEOPOLITICS OF THE PIPELINE

The Keystone oil pipeline system was commissioned in 2010 and is owned by TC Energy and the Government of Alberta, running from Alberta’s tar sands region and America’s shale oil-producing states like North Dakota to refineries in Texas and Louisiana. The construction of the pipeline’s fourth phase, Keystone XL, was blocked in 2015 by President Obama. President Trump subsequently signed an executive order allowing the project to continue—only to be canceled by President Biden. The Keystone XL pipeline was intended to carry oil from Canada to U.S. refineries along the Gulf of Mexico, running by a shorter route than the previous phases of the project.

Estimates for the number of temporary construction jobs the Keystone XL pipeline would have created range from 2,500 to 9,000. According to the Perryman Group, in the long run, the project would also create anywhere from 250,348 to 553,235 so-called “spin-off” jobs in related industries, such as manufacturing, transportation, and refining of petroleum. The total economic impact of the project over its service life would be “$20.931 billion in total spending, $9.605 billion in output, and 118,935 person-years of employment.”

The construction and completion of the Keystone XL pipeline would thus substantially increase employment and investment in the oil-producing regions of the United States and Canada; revoking the permit would have significant negative economic impact. In fact, according to Keystone XL chief Richard Prior, “over 1,000 positions will be eliminated in the coming weeks, the majority of these unionized workers representing the building trades.”

Importantly, the cancellation of the project also makes America’s business environment more risky, unreliable, and uncertain for companies to operate: as National Review writes, “It is impossible for American businesses to make big, long-term investments in a political environment in which every project is up for renegotiation—or summary economic execution—every time the White House changes hands.” This could lead to fewer companies choosing to invest in the United States, especially in sectors vulnerable to volatility given turnover in the White House.

But what is arguably even more significant than the economic impact of the pipeline is the fact that its construction would bolster America's energy security. President Biden’s cancellation of the pipeline will not only kill jobs in both the United States and Canada—something that would provide a post-pandemic stimulus necessary to recover the economy from the crisis—but also make America more dependent on oil imports from OPEC+ countries.

One Russian expert has already called Biden’s decision a “gift” to Russia. Replacement of traditional sources of energy by renewable technologies cannot happen overnight, and while the transition is happening, America will have to import more oil and gas from other countries in the interim—just like Germany’s dependence on fossil fuels increased following the shutting down of nuclear plants. It would be much better for the United States to receive oil from its close ally and neighbor Canada than Saudi Arabia or Russia. As I have already argued on the pages of this publication, America’s decoupling from the Middle East and ending “endless wars” hinges on the success of its oil industry, for “geopolitical decoupling cannot be pursued without energy independence.”

Joe Biden has repeatedly promised to strengthen America’s alliances, and blocking the Keystone pipeline will negatively impact Washington’s relationship with one of its closest allies, Canada. Prime Minister of Canada Justin Trudeau has already voiced his disappointment with President Biden’s decision, adding that, “Workers in Alberta, Saskatchewan, and across Canada will always have our support. Canada is the single-largest supplier of energy to the United States, contributing to U.S. energy security and economic competitiveness, and supporting thousands of jobs on both sides of the border.” On Monday, Jason Kenney, Premier of Alberta, threatened to take legal action if the project is canceled. “We hope President-elect Biden will show respect for Canada and will sit down and at the very least talk to us,” Kenney said.

There are, therefore, strong economic and geopolitical reasons to allow TC Energy to construct the Keystone pipeline. But opponents of the project focus on its consequences on the environment, arguing that it would impede the fight against climate change and pollute the ecosystem.

The oil will keep coming, but if the pipeline is not built, it will arrive on much less carbon-efficient tankers, releasing more greenhouse gases.

First, Canada, especially under Prime Minister Justin Trudeau—who is committed to fighting climate change—would not have allowed the pipeline to be built if it presented an existential danger to the environment. In fact, thanks to technological innovation and investment in oil industry infrastructure, greenhouse emissions associated with Canadian tar sands have decreased by 30% since the 1990s.

Ultimately, carbon-dioxide emissions that contribute the most to climate change largely come from burning fossil fuels for electricity, heat, and transportation, not extraction. The Keystone pipeline itself would have a “marginal impact on global warming emissions,” as The New York Times reported back in 2014. As one expert told The Times, when compared to regulations on vehicles and power plants, “the decision on Keystone is irrelevant or insignificant. It’s a drop in the bucket.”

In fact, according to The Wall Street Journal, “The Obama State Department found five separate times that the pipeline would have no material impact on greenhouse gas emissions since crude would still be extracted. Shipping bitumen by rail or tanker would result in 28% to 42% higher CO2 emissions and more leaks.” The oil will keep coming, but if the pipeline is not built, it will arrive on much less carbon-efficient tankers, releasing more greenhouse gases.

TC Energy, a company building the Keystone XL pipeline, has already promised to spend $1.7 billion on renewable energy sources to power the pipeline and hire a 10,000 union workforce. The company also made a deal with five indigenous tribes to take an almost $800 million ownership stake and committed to eliminating all carbon dioxide emissions from operations in 10 years. The project itself is a contribution to the fight against climate change.

What is needed to combat climate change are changes on the demand, rather than supply, side. That is, we need to work on reducing the demand for carbon-intensive products through policies like carbon pricing and by transitioning to energy sources that emit fewer greenhouse gases, such as nuclear energy, natural gas, and, of course, renewables (solar and wind power).

Canceling the Keystone pipeline will not contribute, in any way, to the reduction of greenhouse emissions, and not only because its impact is insignificant. Killing the Keystone pipeline will not reduce global demand for fossil fuels. Instead, America will have to import oil from countries other than Canada, and rely on less carbon-efficient transportation methods to meet that demand. Revoking the permit for the project will kill $1.1 billion in investments, destroy thousands of jobs, help geopolitical competitors, worsen bilateral relationship with an ally—and do almost nothing to stop climate change.

The Keystone XL pipeline offers an opportunity for Joe Biden to do something he has promised during his campaign: create more good-paying blue-collar jobs, improve relationships with allies, address climate change, and disentangle America from the Middle East. President Biden should re-examine his decision to kill the project.