Green Globalist Inger Andersen Lives off of the People She’s Trying to Put Out of Work. 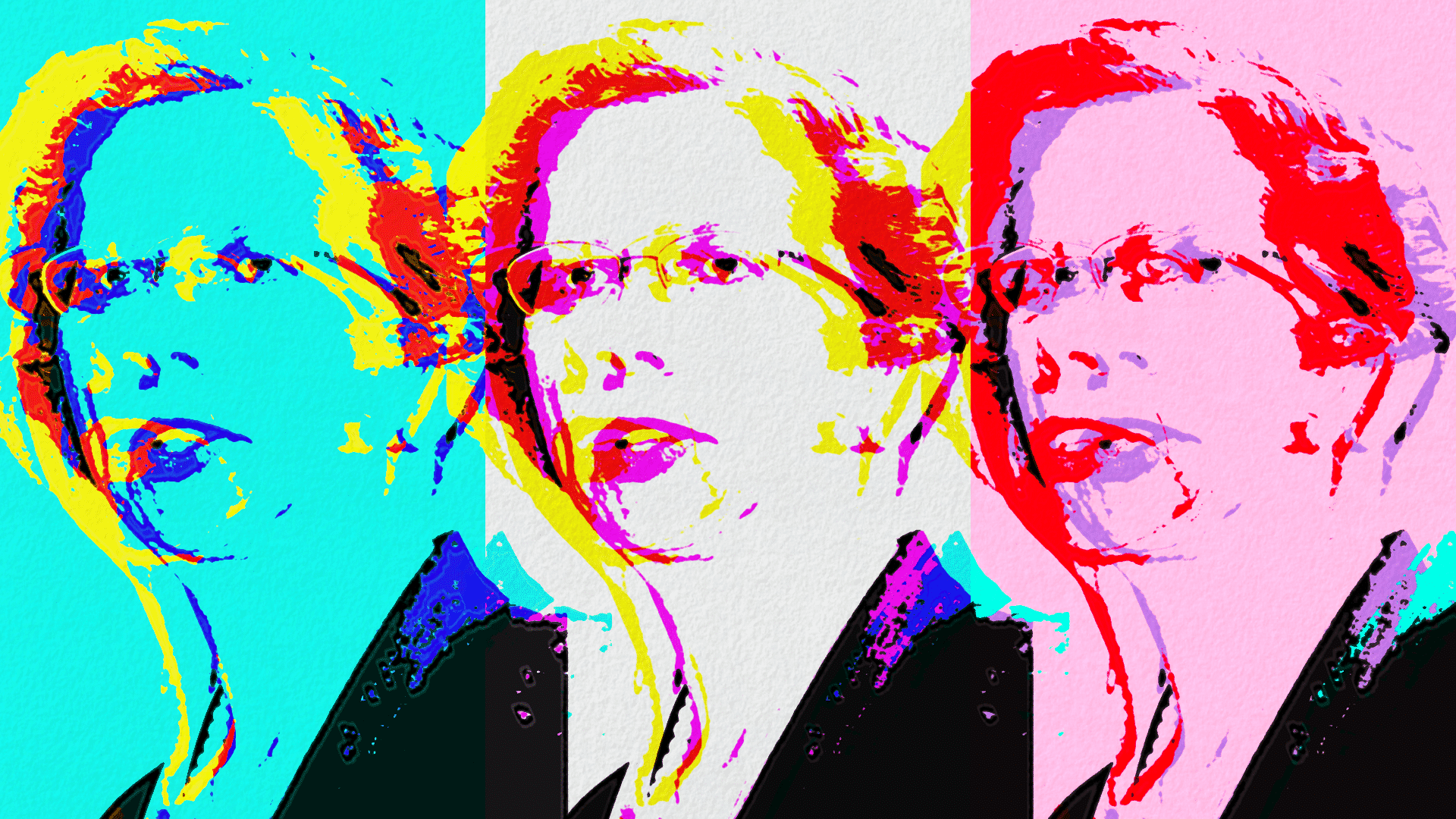 I don’t know Inger Andersen, but at the outset I want to tell her what Michael Corleone said in The Godfather regarding a hit job: it’s not personal—it’s strictly business. I founded my organization, Power The Future, based on the ugly truth that the energy industry in rural America is often misunderstood (at best) and maligned by power brokers in DC and billionaires in big cities who push an agenda which puts them out of work. My job is to protect America’s energy workers. Protect them against myopic, hashtagging politicians, who propose sophomoric energy policies; protect them against radical green groups; and protect them against globalist UN bureaucrats who live off the taxed labor of people like the energy workers they seek to put out of work.

This recent UNEP report echoes the same boring chorus of inevitable anthropomorphic catastrophe, but with a unique 2020 perspective.

That is Inger Andersen: Under Secretary of the UN and Executive Director of their climate agenda, a career diplomat determined to rid the world of fossil fuels. One would think credentials and advanced degrees provide insight into what a barrel of oil represents in terms of sweat equity, investment risk, jobs, products, agriculture, or economic growth. The organization she leads, the United Nations Environment Programme (UNEP) releases the yearly Chicken Little study called the “Emission Gap Report.” The latest edition was released this week, and is, unsurprisingly, dire. In it, the UNEP warns that there is “nothing we can do to stop” a 3-degree temperature rise, with ensuing ice cap melt and sea level rise, that puts low-lying countries like The Maldives on a horrifying 10-year trajectory towards becoming a modern Atlantis.

Wait… my bad. That UNEP report came out in 1989, and the irreversible 10-year window the report foretold closed 21 years ago. I haven’t checked on The Maldives, but I presume I’d have heard something by now if its citizens were waterlogged.

This recent UNEP report echoes the same boring chorus of inevitable anthropomorphic catastrophe, but with a unique 2020 perspective. The coronavirus pandemic and worldwide draconian lockdowns have afforded UNEP an opportunity to assess the actual environmental impact from the global economy grinding to a halt. What does a year of virtually no travel, no flights, no commuting, and little global commerce mean for the earth? Actually, it would be welcomed.  In fact, the UNEP sees the recent economic catastrophe as just a baby step toward true environmental improvement, and the report calls for five times—yes, five times—more drastic actions. “[C]ountries must collectively increase their NDC (nationally determined contributions) ambitions… more than fivefold to get on track to the 1.5°C goal.”

Would that mean five times more unemployment, isolation, misery, depression? Five times more restricted travel and stay-at-home mandates? Five times more punitive measures? As I look around at collapsing small businesses, bars, restaurants, I ask if they can handle a fivefold intensification in the current situation.

Meanwhile, the people at UNEP and Andersen would stay gainfully, dutifully, employed. It’s their job. You see, UNEP says it “promotes the coherent implementation of the environmental dimension of sustainable development within the United Nations system” and one cannot accomplish that word salad of a mission just sitting at home.

THE BLATANT HYPOCRISY OF CLIMATE ELITES

UNEP lays out how their suggested fivefold increase of economic hardship would work. For starters, rather than restrict travel by mandate, restrict it by opportunity. They wouldn’t be so authoritarian as to make travel illegal—no, they would do the more humane thing of pricing it outside of your reach. A goal in their misery agenda is to make fossil fuels unapproachably expensive. “The cost of fuel will increase severalfold, raising the overall cost of both aviation and shipping. This will likely suppress demand, especially for aviation, which may ultimately be the most effective means to manage the sector’s emissions.”

Our very future depends, UNEP would have you believe, on never traveling to see Grandma at Christmas or buying olive oil from Italy. Ever.

And you wanted to see Paris… not when there’s an earth to save! Our very future depends, UNEP would have you believe, on never traveling to see Grandma at Christmas or buying olive oil from Italy. Ever. By making both fossil fuels and their benefits (like inexpensive transportation) cost-prohibitive, UNEP hopes we save the earth for future, miserable and oppressed generations. Sure, that means the good life (travel, commerce) would be only for the privileged few: the rich, the powerful, and the bureaucrats (like Andersen) for whom nothing is cost-prohibitive.

A question for Andersen, then: In her home country, Denmark, the lowest income quartile spends 8% of their income on energy, and one study shows that from 1980 to 2013, extreme cold increased the death rate more than 12%. Were she to succeed in making the cost of fuel “increase sevenfold,” what’s an acceptable number of deaths from the elements. And does that increase include her family, or are they all protected with bureaucratic income provided by the UN (via the American taxpayers)?

Another objective of Andersen’s organization is lifestyle change. How we live our lives, what we eat, the steps we take in our day to day.  “Governments have a major role in setting the conditions under which lifestyle changes can occur” the report affirms, noting, however “it is necessary for citizens to be active participants in changing their lifestyles through taking steps to reduce personal emissions.” Conclusion: the coronavirus has not been tough enough. We not only need five times the level of government intervention, but we should voluntarily be doing more in our personal lives, on principle, out of conviction for the earth.

What has Andersen done voluntarily to reduce her emissions? And here’s where my research got good. I did an open-source search of her whereabouts in 2019. I chose this year as the most recent yet virtually coronavirus-unaffected year, before travel was disrupted, where virtue alone eco-conviction alone guided her footsteps.

Did she do her part for mother earth? You tell me.

I assume between all these trips, she returned to UNEP’s head office in Nairobi.

September had Andersen in New York for the UN General Assembly, then Washington, DC in October, then Germany, followed by again Switzerland, Canada in November (brrr!), again to DC, then off to Rome, Australia, Spain and Belgium. Mind you, this is only what I found. There’s undoubtedly more.

What an absolute crock.

Did Andersen really need to emit so much carbon? Zoom did exist before the government forced us to use it. Andersen would probably tell us she has to travel. It’s her job. You and I, though, no. We’re not special. We’re not important. What’s the word draconian governors are always using? We’re not “essential.”

Andersen would probably tell us she has to travel. It’s her job. You and I, though, no. We’re not special. We’re not important.

Researching her travels for 2019, and listening to the speeches she delivered—full of mind-numbing eco-platitudes like a green Aaron Sorkin script—was a journey from laughter, to anger, to numbness. Calling for a five-fold increase in our current misery, she warns that unlike the pandemic, “there is no vaccine for the planet.” Take out your hemp hankies. The absolute gall to issue a recycled haughty report demanding governments alter my lifestyle choice. There is no middle finger large enough to raise at such arrogance.

I looked at her calendar from September 2019 at the UN General Assembly in New York City. Numerous speeches and panels and receptions. Such glorious receptions. At the “Equatorial Awards” (a sort of Oscars for environmental activists, only more sanctimonious and with less haute couture) Andersen gave the opening remarks to carbon footprint-hating audience, where panelists and speakers flew in from Peru, Guinea-Bissau, Indonesia, Brazil, Cameron, Pakistan, Germany, Ecuador, Benin, Micronesia, India, Sweden, Tanzania, Vanuatu, Nigeria, Kenya, Australia, Norway, Fiji, Sudan, California, and Hawaii.

Here’s the kicker: the event itself was live-streamed. The eco-warriors were not.

Another award ceremony hosted by Alec Baldwin celebrated the next generation of green fraudsters. The Young Champions event was attended by “450 high-level guests” (the UN recap actually said that—less you think it was attended by commoners) at Cipriani’s where a chicken salad will cost you $27. Their menu also features beef from Uruguay, branzino from the Mediterranean, and prawns from Australia because nothing says global awareness like food arriving daily from thousands of miles away. (Because, you know, we don’t have beef in America.)

The young honorees, hailing from far off places like Angola, Brazil, Philippines, Russia, Lebanon, and Nepal, have learned from this charade that the rules don’t apply to them. Their footprint is a tolerable one. Their excess is virtuous, like Gov. Gavin Newsom’s dinner at the French Laundry, or Speaker Nancy Pelosi’s salon visit.

“Some animals are more equal than others,” wrote Orwell.  Indeed.

One of the honorees at the Young Champion’s award extravaganza, perhaps the honoree, was climate child prodigy Greta Thunberg, who was unable to attend in person. She was traveling. (Of course, she was.)

Climate change is a global issue, one which mostly globalists embrace. Every solution, every policy proposal comes from a place of deep-seated self-entitlement and societal indifference. Climate warriors have long eschewed their own advice, and sought ever-larger conferences and more numerous events, speaking engagements to busy themselves with the task of busy work. They propose ideas at fancy summits which will punish the very staff cleaning their suites at the Four Seasons where the summit is convoked. They speak eloquently of the “front line” communities who are impacted by climate change, the poor in developing nations. But please, revisit Andersen’s aforementioned 2019 itinerary. Juba and Karachi hosted no climate summit. There was no forum in Monrovia, no symposium in Dhaka. For all the wealth the UN is redistributing, not a cent of Andersen’s travel seems to have gone to a developing country. And why would it? Their wine isn’t as good nor would their audience be so “high-profile.”

“Some animals are more equal than others.”

The next UN Climate Change Conference will be hosted in Glasgow. I’m not surprised they passed on Tashkent. The green movement loves first-world cities, Cirpriani’s, and Alec Baldwin. They lend class and cachet to their vapid and misanthropic cause. They need the globalist respect of unthinking, urbanite simpletons, who applaud themselves for recommending the masses be relegated to a less cosmopolitan existence. They need the fossil fuels they claim to despise to lead their particular, peculiar lifestyles devoted to telling fossil fuel workers to alter their lifestyle.

Remember this when John Kerry, the newly nominated “climate envoy,” lectures you from Barcelona, or signs away your American freedom to some international treaty in Oslo. Remember this next time some obnoxious Hollywood-type or UN diplomat tells you to take seriously the “existential crisis” of climate change from a belle epoch ballroom in Vienna. Remember this when Andersen and her UN counterparts shame your life, applaud your current hardships, wish you five times the misery, call on governments to plunge you into the 19th century, while retaining their climate change-proof paychecks.

Andersen is doing her job. John Kerry will do his. The UN will do theirs. And I will always do mine. My job includes exposing these people as the contemptible frauds, green liars, globalist hypocrites they really are.

I read your report, Ms. Andersen. You take your own advice first before you dare tell me what to do.