The Fraud of Feting the First Female President. 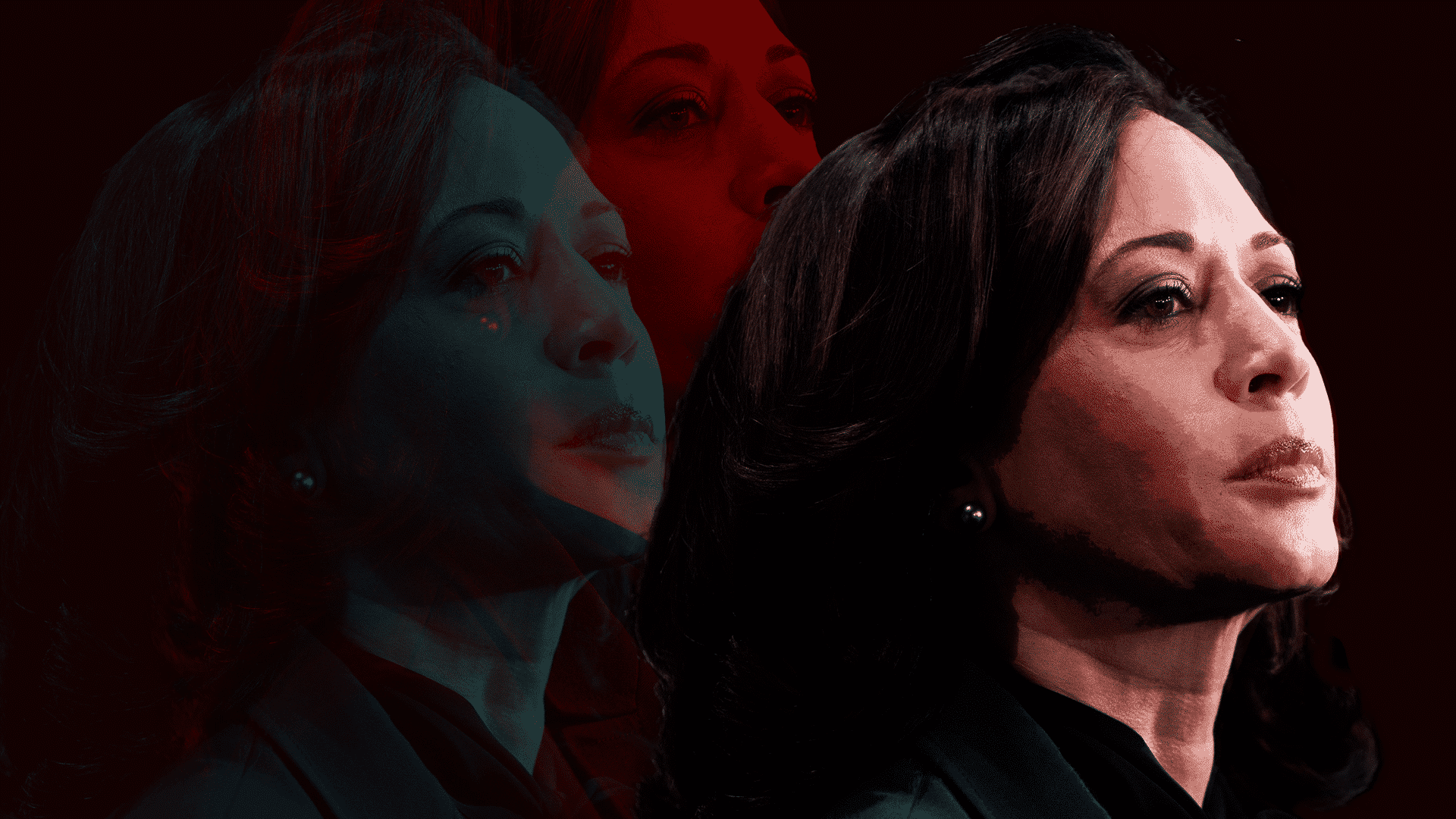 In recent days, the Electoral College confirmed that Joe Biden will be inaugurated on January 20th, 2021, as the nation’s 46th President. With many questions surrounding his age, health, and mental acuity, a Biden presidency ipso facto portends a Kamala Harris presidency. It seems less a matter of if and more a matter of when she becomes the nation’s first female president.

To borrow from a famous Churchillian quote, their faux-energy is a fraud wrapped in an insincerity inside their chicanery.

Make no mistake; her swearing-in will mark a watershed moment. There will be resplendent galas, festivities, celebrations. A national holiday of sorts might even be declared (at least by the media, who also like to declare presidential victors prematurely). And you know what? Good for America. Not only have we elected a black man as president—twice—now we can have a woman in the Oval Office. Perhaps it’s finally time to put these antiquated claims of racism and sexism to bed.

Now, the rise of the first American woman to the highest office in the land is, no doubt, historic. Firsts usually are. It was rightfully so when Obama ascended to the same office as the first black man. Truth be told, his accomplishment is more significant than a woman’s eventual presidency for the simple fact that the black American population has overcome centuries of abominable treatment under slavery and Jim Crow. What other nation can truly boast of such ascension? The DNC apparently thought something like this, too, when it kicked the presumptive favorite Hillary Clinton to the curb in 2008 in favor of a photogenic, charismatic, and “articulate” black man.

But we shouldn’t get over-excited over the prospect of a Harris presidency. To borrow from a famous Churchillian quote, their faux-energy is a fraud wrapped in an insincerity inside their chicanery.

The fawning over a female (vice) president belies recent advances made, down a similar path, with female stewardship of important offices. It also ignores the reality that women have been stepping into significant political roles for quite some time. Recognizing that truth, however, disrupts the Democrat’s contemporary narrative of an oppressive white, male hierarchy—messaging which loses additional luster considering that it’s the conservative movement that often leads the way in nominating and elevating women.

Nothing compares apples to apples quite like the glossed over, downright ridiculed efforts by Republicans to run with a female candidate just twelve years ago. There was certainly no joyous clamoring from the political left when Sarah Palin partnered with John McCain in 2008 as his vice-presidential hopeful. The embarrassing attempts at comedy by Saturday Night Live mercilessly tortured Sarah Palin. (An entire hour of the cast repeating Harris’s cackling of “it was a debate” would be funnier than Tina Fey’s cruel attempt at belittling the former Alaska governor.)

More recent history serves as a reminder that while all women are equal, some women are more equal than others.

So where was the leftist turnout for candidate John McCain and his potential female successor? While they had good reason to vote identity politics with Obama, an equal argument could have been made for making history by inaugurating the first female vice president (not to mention potential president) in 2008. If you recall, obnoxious bloviators like New York Times columnist Charles Blow derided Palin instead, with monikers like “SnowJob SquareGlasses.” Not only was it a classless move by a wealthy ingrate, it was decidedly not supportive of a female candidate or women’s ascendancy.

More recent history serves as a reminder that while all women are equal, some women are more equal than others. This past October, Amy Coney Barrett was seated on the Supreme Court as the ninth and final jurist. She replaced an iconic woman of confusing celebrity, but was met with jeers, not cheers. Can you imagine the rancor Trump would have faced had he replaced the Notorious RBG with a man? As it turns out, he and his nominee faced rancor anyway. It was an odd juxtaposition, really, listening to women, who ostensibly claim to support all women, question the integrity of one of their own.

Had Judge Barrett been nominated thirty years ago like the first woman to serve on the Supreme Court, like Sandra Day O’Connor (who was appointed by another Republican president, Ronald Reagan), she likely would have been confirmed 99-0, as was the late justice. In 1981, even Joe Biden praised O’Connor for her “legal skill, moral character, and judicial temperament.” What changed? Justice Barrett likewise possesses the legal skill, moral character, and judicial temperament, but earned no such praise amid today’s polarized atmosphere.

Women have also become commonplace and visible in the Trump administration, despite being summarily ignored or lambasted by the media. Nikki Haley served as Trump’s ambassador to the United Nations before kicking off the RNC convention this summer. Her appearance and truth-telling were enough to get a spotlight focus in a piece from some privileged white-collar typist in the UK’s Guardian, in her edition of “The Week In Patriarchy.” The fact that Haley was an immigrant didn’t mean much in the final analysis. She and Kamala Harris share a story of immigrant parents, although only the latter is lionized for it.

South Dakota Governor Kristi Noem rose to her own renown within conservative circles for her commitment to individual liberty during the coronavirus lockdowns, and her poise on the same stage as Haley. She gave a fiery speech about freedom. As a young, attractive, and charismatic figure on the biggest quadrennial political stage, all but the most salient feature of her speaking harkened a reminder to a young, attractive, and charismatic Barack Obama circa 2004. The only difference being that Noem espouses conservative ideals.

In fact, the entire Republican National Convention was a showcase of go-getting, unapologetically conservative women. It would be an understatement to declare that they stole the stage.

All of this has culminated in a record-breaking 2020 election year for Republican women. The numbers are impressive: 227 women filed to run in a congressional race, 94 made it on a ballot, and now 32 Republican women will be joining Congress once the newest class takes their oaths of office. Each of these numbers represents an all-time high. Donald Trump, though losing himself on election night, graciously celebrated that 2020 is, and ought to be, recognized as the “Year of the Republican Woman.”

Whatever advances women in politics may have made these past four years, however, according to the media, the only woman worth celebrating right now is Kamala Harris.

IS IT REALLY ABOUT WOMEN?

If not supporting Kamala Harris is enough to designate a person as sexist, then the Democrats have their own long train of abuses with which to contend. Aside from Hillary Clinton’s nomination in 2016, all of their own presidential candidates have been men. And, other than Geraldine Ferraro and her forgotten 1984 bid, so have their vice-presidential candidates. Are they suddenly emancipated from their supposed moral neglect, just because Harris will be taking office in January?

The entire political left will try to pretend that having a female vice president is somehow an empowering moment for women everywhere. Young girls will allegedly see themselves in her.

No. In fact, the focus on biological sex is all a charade.

If all white men are the same, why was there such opposition to President Trump and yet a proportionally tepid enthusiasm for Joe Biden during the campaigns? There are pernicious lies being told that all white men comprise the patriarchy, but to listen to a broadcast from CNN about the danger to the Republic that President Trump presented, and the immaculate, unifying powers Biden now brings, simply belies that notion. It’s not about men; it’s about values.

As far as vice presidents go, it is difficult to decipher how the changes Harris promises to bring will differ much from her predecessors. Kamala Harris favors significant gun control. So did 2016’s Tim Kaine. The same could be said of then-2008 Vice President Joe Biden. Kamala Harris believes that the “rich” don’t pay enough in taxes. Ditto for Tim Kaine and Joe Biden when they were on the campaign trail. In fact, the last three Democrat-nominated vice presidential candidates have been torchbearers for nearly identical programs. The issue of healthcare and the fascination with a single-payer system is a prerequisite in the vetting process, no doubt, for who among the Democrats can attain the Office of the Vice President.

In reality, Biden and Harris, along with every other Democrat (Sanders, Warren, a local state representative, city council member, school board member, teacher, neighbor, or sister-in-law) are interchangeable. That Harris has one set of reproductive organs, and Biden has another, are irrelevant; they will govern identically.

The entire political left will try to pretend that having a female vice president is somehow an empowering moment for women everywhere. Young girls will allegedly see themselves in her. (There are surely as many dads repulsed at the idea of their daughter trying to emulate Harris’s sultry past as a means to an end.) It is too bad, however, that Harris will likely never cite her hard-working, intelligent mother as a main reason for the success in her education and career. Harris also has the opportunity to celebrate people like Amy Coney Barrett for juggling motherhood and Supreme Court demands, or perhaps tip her cap to Nikki Haley for rising up as the daughter of Sikh immigrants to become a state governor and U.S ambassador, among other roles.

It goes without saying that she won’t; neither will her party nor their media.

For the time being, at least as things currently stand, Kamala Harris will begin by serving as the Vice President. If John Adams is to be believed, then the role is “the most insignificant office that ever the invention of man contrived or his imagination conceived.” No doubt, she would say that’s because a man invented it.