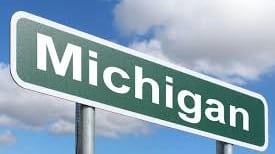 Poll workers and observers testified to the Michigan state Senate Tuesday, making multiple shocking allegations of ballots being counted multiple times, intimidation and removal of Republican poll workers. There was, reportedly, even a mysterious sets of all-Biden military ballots from allegedly unregistered voters.

The bulk of the testimonies centered around a Detroit convention center known as the TCF center, where Wayne County votes were being counted. Human Events breaks down some of the most compelling, and concerning, witness allegations.

Intimidation and Removal of Republican Observers

A Michigan man who is an "unaffiliated" voter, was acting as a GOP poll challenger "because I was told that they needed help" and were "understaffed." He claimed to have witnessed multiple Republican poll workers "picked-off" and "ejected" from the premises until there were simply not enough of them to monitor the polls.

"I witnessed the room erupt in thunderous applause and derogatory cheering as Republican poll workers were picked-off one by one and ejected from the room repeatedly by police escort throughout the day, he said. "By the end of the day, the picked-off so many GOP poll workers that there were probably only a few dozen left to monitor all of the processing stations in the room, which I'm told was between 130 and 160."

Similarly, an immigrant poll challenger said she was mistaken for a Democrat, and asked to help "get these MFs out" of the building by a member of a group of "agitators" who were "trying to get GOP people in trouble.

She went on to say that this group was using "sheer intimidation" to remove "white male" challengers from the area.

Patty McMurray was acting as a poll observer at the TCF Center, when she said that she saw a suspicious group of military ballots that resembled "Xerox copies" all marked for Joe Biden. Patty claimed to have nine years of experience.

She told the state Senate that the ballots "looked like they were all exactly the same Xerox copies of the ballot.

“They were all for Biden across the board. There wasn’t a single Trump vote. None of the voters [were] registered,” McMurray explained, adding that election workers “had to manually enter the names and addresses and a birth date of 1/1/2020, which would override the system and allow them to enter nonregistered voters, of which I saw several … throughout the day.

“Throughout the day, that’s how they would override voters that were neither in the electronic poll book or the supplemental, updated poll book,” McMurray added.

Chris Schornak volunteered with a group called "Guard the Vote," which went through 30,000 Detroit absentee ballots.

Schornak said that out of those 30,000, the group found 229 votes from "deceased individuals"

He added that “2,660 of them [were] invalid addresses described by vacant lots and burnt-down houses.”

“What I can say for sure, and swear to you here today, is that overall, 8.9% of the 30,000 absentee ballots that we’ve gone through and investigated, just in the city of Detroit, were unqualified, fraudulent ballots that should have been spoiled,” Schornak said.

“At the lowest levels, if these percentages carry through, this means of the 172,000 [absentee votes] in the city of Detroit, 1,300 of them could be deceased,” Schornak added. “We are investigating it. And another 15,000 could have fraudulent addresses, described as living on vacant lots or [in] burnt-down houses.”

Melissa Carone is an IT and cybersecurity contractor for the infamous Dominion Voting Systems. She recalled an incident wherein a Dominion employee named "Samuel" told her he had been at the "Chicago Warehouse." Carone said that when she reasoned that Samuel must have been in the city of Chicago, Illinois, she was told "No, Melissa, it’s in Detroit. We call it the Chicago warehouse."

"I said, ‘OK,’ and I just walked away,” Carone continued. “But there was something very secretive that he was doing. There was also, they said, a big data loss.”

A contractor with Dominion Voting Systems—the controversial voting machine company that prompted questions from Democrats before the election and from Republicans after—alleged fraud throughout the counting location at the TCF Center, according to a woman who says her employer works with Dominion.

Carone said that for the 27 hours she was at TCF, she did not see as single Trump ballot.

She also claimed to have seen ballots counted multiple times.

“What I witnessed at the TCF Center was completely fraud," said Carone. The whole 27 hours I was there, batches of ballots were run through the tabulating machines numerous times, being counted eight to 10 times. I watched this with my own eyes.”